Now, over the last few hours, we have seen the temperatures here rise above freezing. 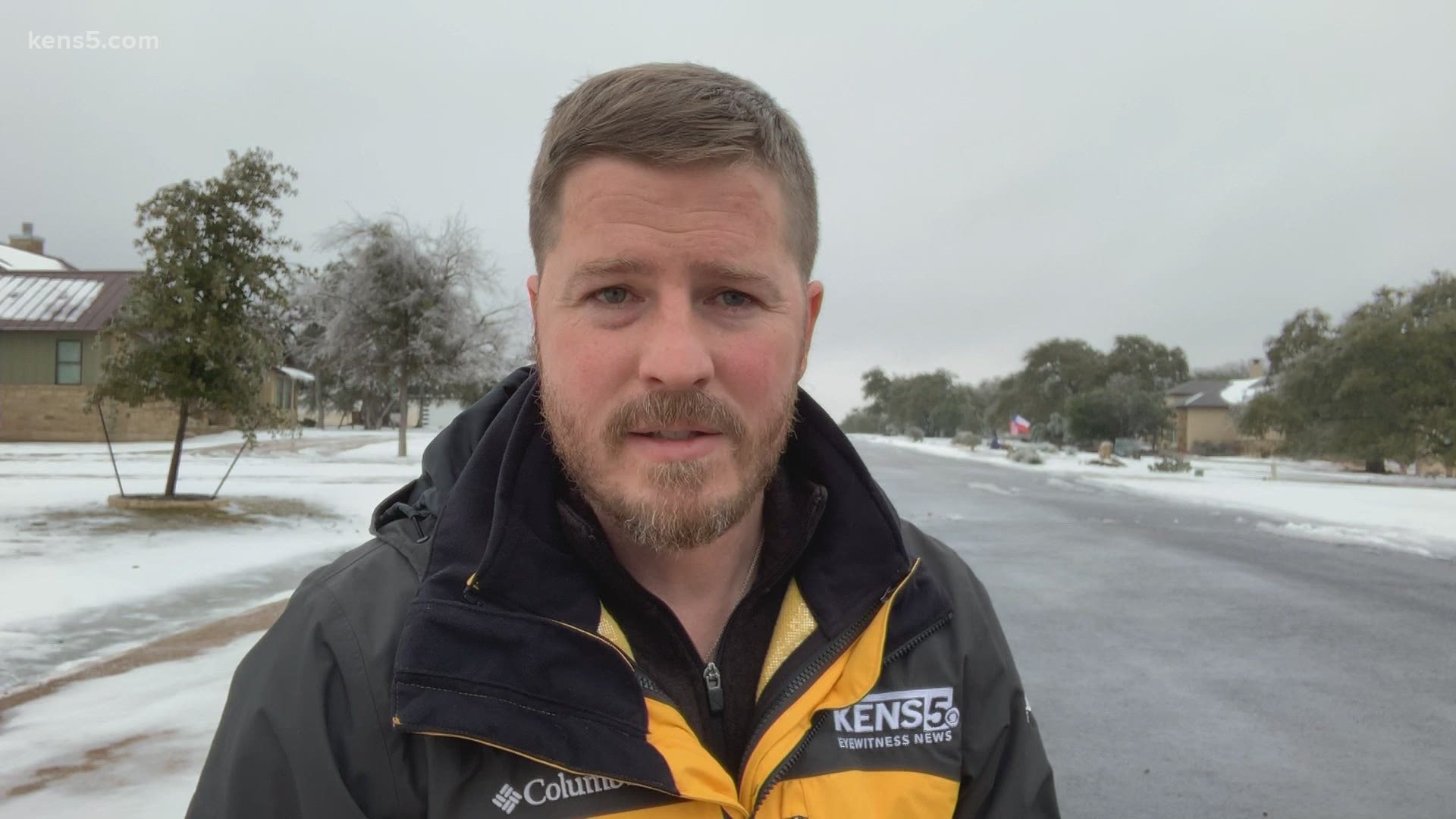 NEW BRAUNFELS, Texas — The City of New Braunfels put out a notice to the community Wednesday morning telling people to stay off the roads.

They called all the roads here and bridges "impassable," saying that they had one to two inches of ice layered on top throughout the entire city. One thing they are telling people is if you do head out, you cannot expect to have emergency services if you get in an accident.

That means getting police officers or the fire department to come help you will likely be delayed. Over the last few hours, we have seen the temperatures in New Braunfels rise above freezing.

But Wednesday night, those temperatures are going to dip again and we can expect some more precipitation. That means more icy conditions and more dangerous conditions, especially out on the road.

So, again, the City of New Braunfels is warning residents to be careful. Don't get on the roads unless you absolutely have to, and know that getting emergency services will be very unlikely should you need them later today.