How to save yard greenery after last week's winter storms

We spoke to an expert about how to properly prune and cut the plants so that they might grow back. 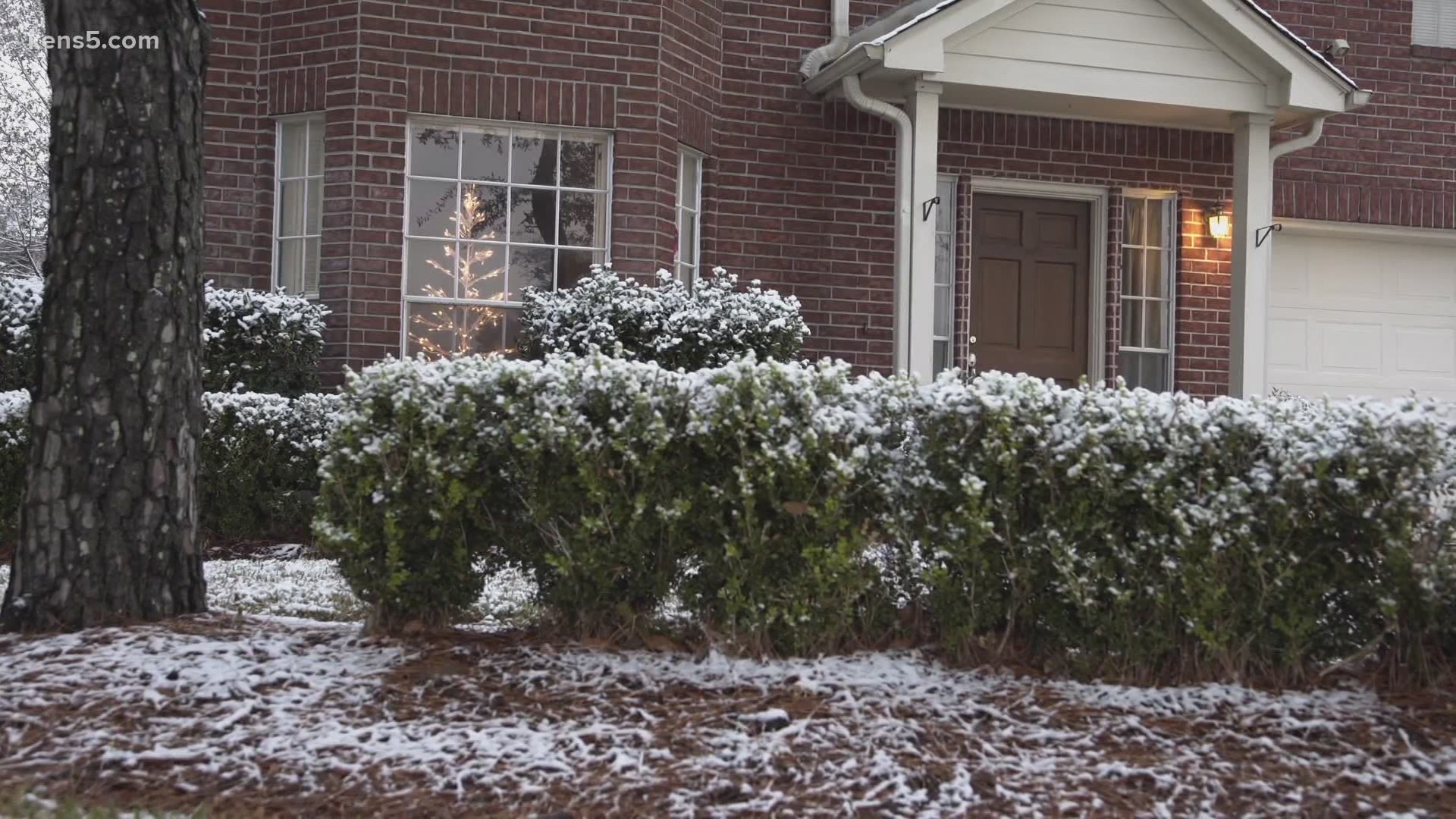 SAN ANTONIO — The damage left behind by last week's several day winter storm can be overwhelming. From electrical issues, construction problems, and of course pipes. But you've also got to consider your home's damaged greenery.

We are still close to a month away from the average date of the last frost in San Antonio which is March 20th. Many people planted early because of the warm early winter, but then big freeze came along last week, and threw everything off.

"I would say that trees and shrubs that would not normally have been damaged by regular winters have suffered a lot of foliage damage, and it's likely that all that foliage is going to drop off and that's normal in the process of a plant trying to rejuvenate itself," said Taylor Peterson, a TNLA certified horticulturalist from Rainbow Gardens.

Many people planted fruit trees this year to grow their own food because of the pandemic .But many of those bloomed before the freeze.

"A lot of fruit trees that bloomed early that went through the freeze, those blooms are likely going to fall off they will likely not have production this year but they should have food production the following year," Peterson said.

Peterson says it is best to wait to see for most trees, shrubs, perennials to show signs of life between late March and April. For tropical & semi-tropical plants such as citrus, avocados, hibiscus, recovery will be more noticeable with consistently warmer temperatures around May to June.

If you have damaged shrubs and bushes some tips on how to them, wipe pruning tools down and disinfect the blade after each cut, cut damaged small branches to just above a bud or junction with another branch, saw off large damaged branches using a handsaw where the damaged branch meets a larger branch, cut torn, shredded, or loosely hanging bark off the shrub, monitor the shrub for any die-back especially of the shrub was leafless during the storm.

"If you want to check internally to see if the tissues are still viable, you can take a razor blade or a knife and you can scrape back the surface layers of the bark and there should be green or a pale tissue that is somewhat moist underneath and those are your live healthy tissues," Peterson added.

One thing people can do in trying to get their plants more viable to come back in the spring it’s to inoculate with mycorism.

If you have brush, leaves, and grass clippings to get rid of, you can take them to the City's Brush Recycling Center at 1800 Wurzbach Parkway any day of the week from 8 a.m. until 5 p.m.

For more tips you can check out the South Texas Gardeners Facebook group here.