"To put it all in perspective, Dallas-Fort Worth's all-time high is 113°. And here in San Antonio – 111°," KENS 5 Meteorologist Paul Mireles said Tuesday morning. 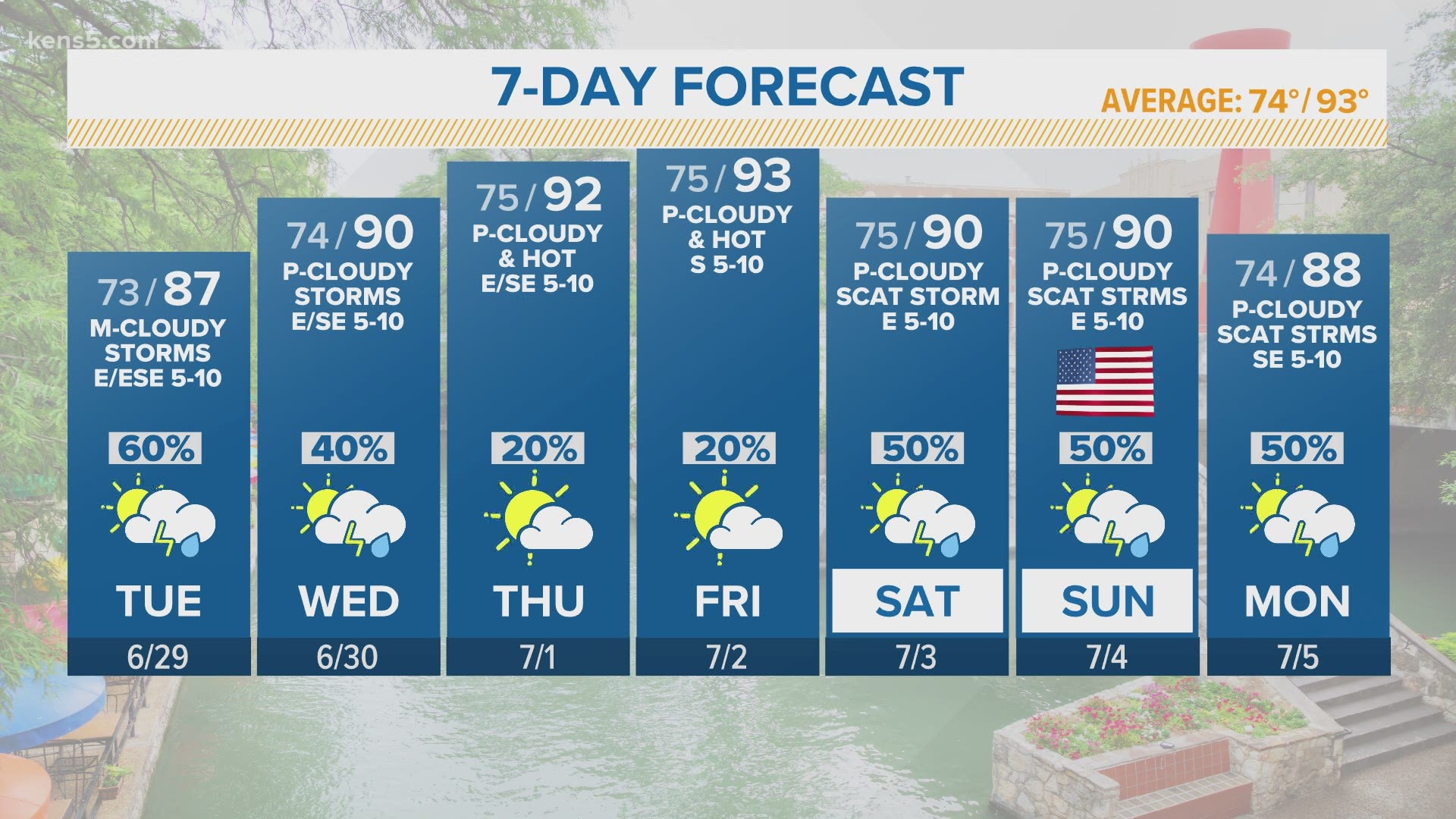 SAN ANTONIO — When you think of the Pacific Northwest, you probably don't think of sweltering conditions. This week, though, Washington and Oregon have us beat.

Comparing Portland to San Antonio - there's a difference of almost 30 degrees. The high for San Antonio today is below average at 87°.

"You've probably heard by now about the record heat across the northwestern portions of the country," KENS 5 Meteorologist Paul Mireles said as he shared the forecast Tuesday morning. "Unbelievable! Portland, Oregon – 116°!?"

"Vancouver, Washington hit 115°. Medford, Oregon – 115° – which is extremely unusual for this part of the country."

In Eugene, Oregon, the heat became so intense that the U.S. Olympic qualifying trials for track and field had to be stopped when the temperature hit 108°. One athlete had to be taken off the field in a wheelchair.

In Seattle, it was so hot that the pavement buckled on the highway.

Forecasters say it's doubtful the region will see this kind of extreme heat again this summer.

"It would be like getting a snowstorm in December and then expecting it to keep snowing all winter," said Chief Meteorologist Matt Zaffrino of KGW8 said. "Or, if a certain spot got hit by a hurricane, that they would see hurricane after hurricane all season long."

Meanwhile, back in somewhat sunny San Antonio, the high this week is expected to be 93°. Click here to check out the forecast and how the Fourth of July weather will be.