The National Weather Service says Atascosa, Bexar and Wilson are under the Advisory. 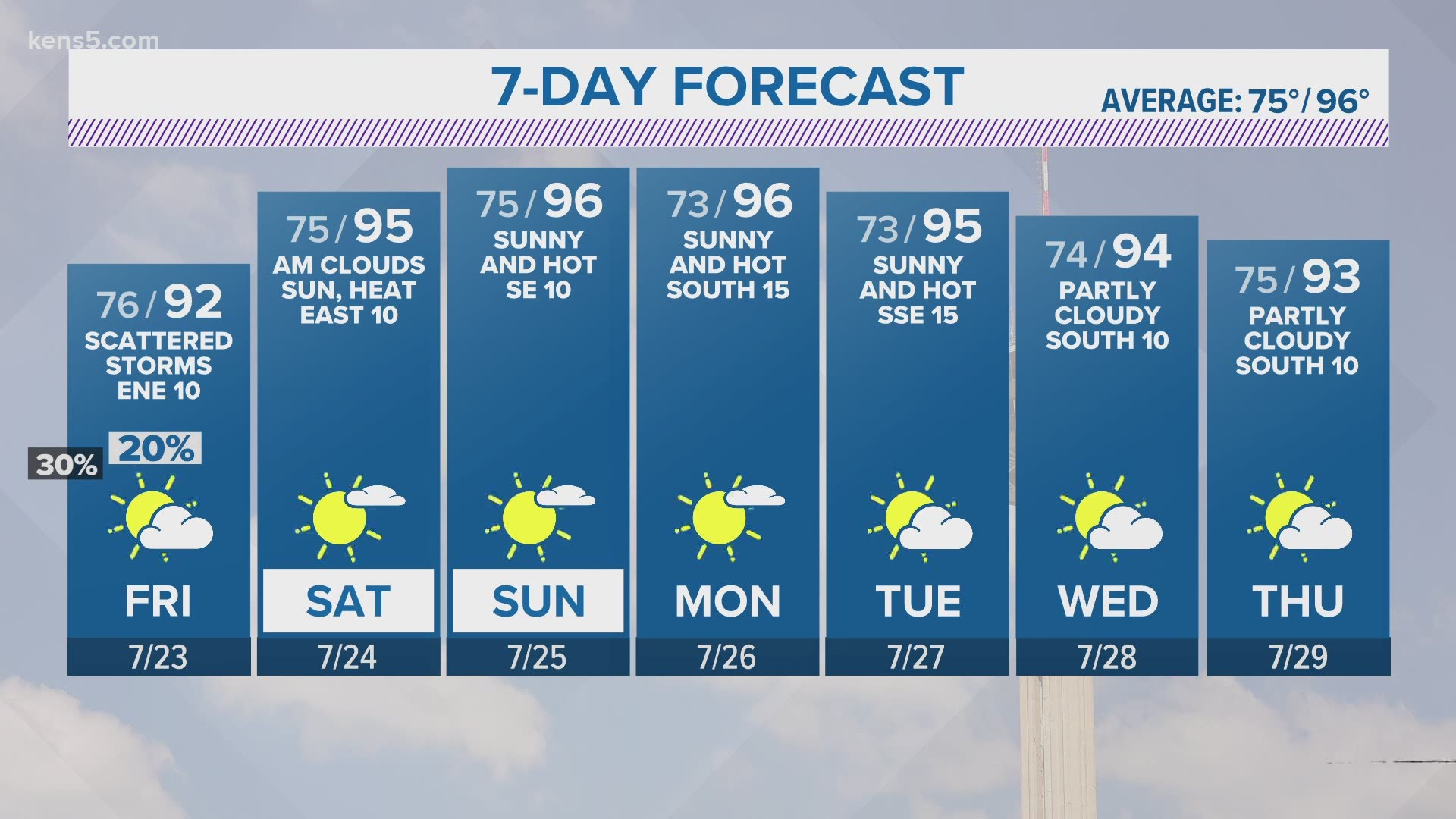 SAN ANTONIO — A Flood Advisory is in place for Bexar and other surrounding counties until 8:30 p.m. Thursday.

The National Weather Service says Atascosa, Bexar and Wilson are under the Advisory.

As of 6:40 p.m., storms have weakened as widespread steady rain spreads over the eastern half of the area, including the I-35 corridor

Like Wednesday, a few isolated flood concerns could surface throughout the evening. A few low water crossings are closed in Bexar County due to flooding.