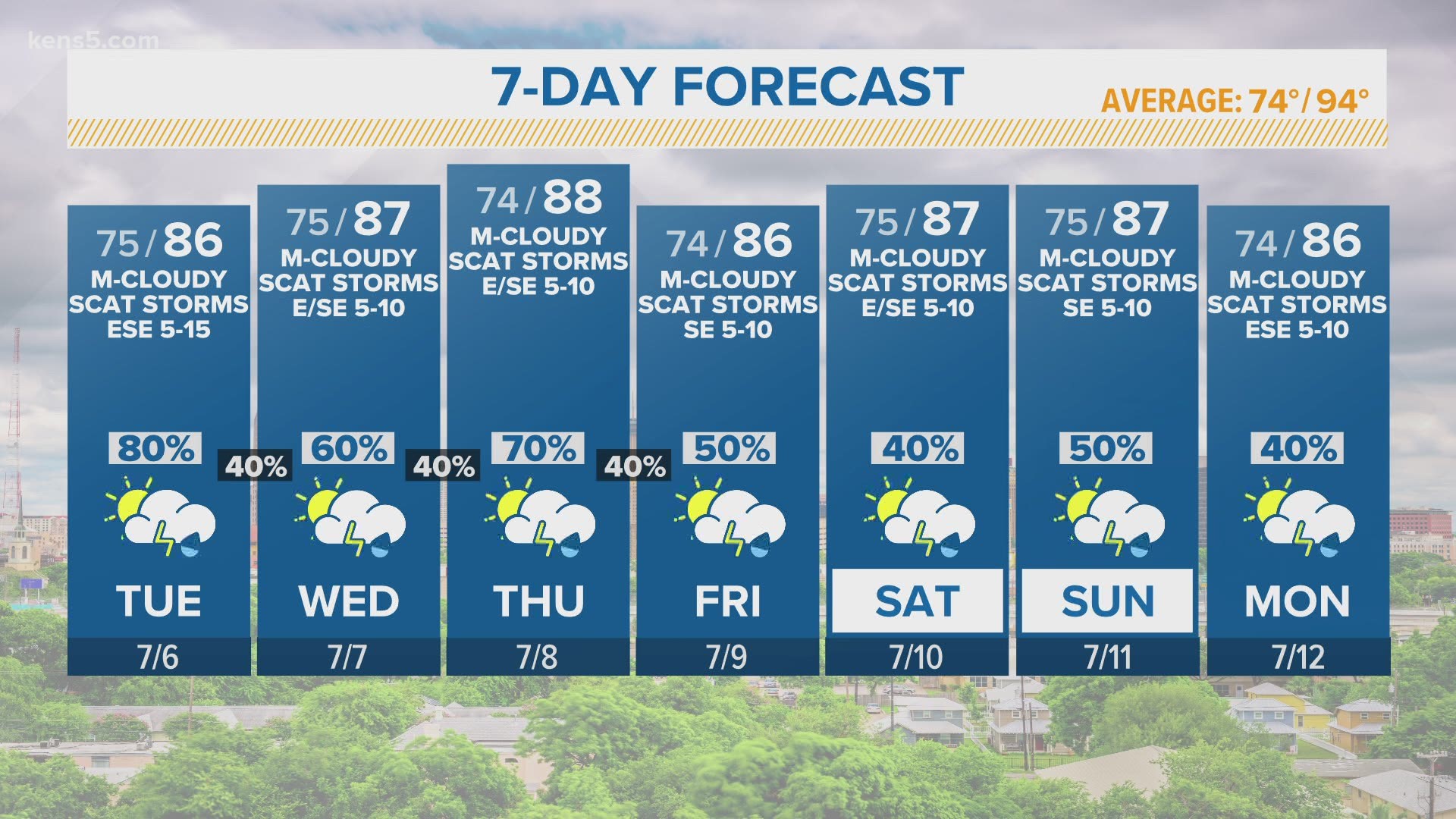 12:53p - After a lull in activity new scattered showers and thunderstorms are developing across the area and moving to the west northwest. pic.twitter.com/9vsyiLmSxV

10:18a - River Flood Warning issued for Leon Creek at I-35. While the creek is only at 6.9 feet now all of the rainfall upstream is expected to feed into the Creek and it is forecast to rise into Flood Stage and top out in Major Flood by late this afternoon. https://t.co/mmWiTX3D0a 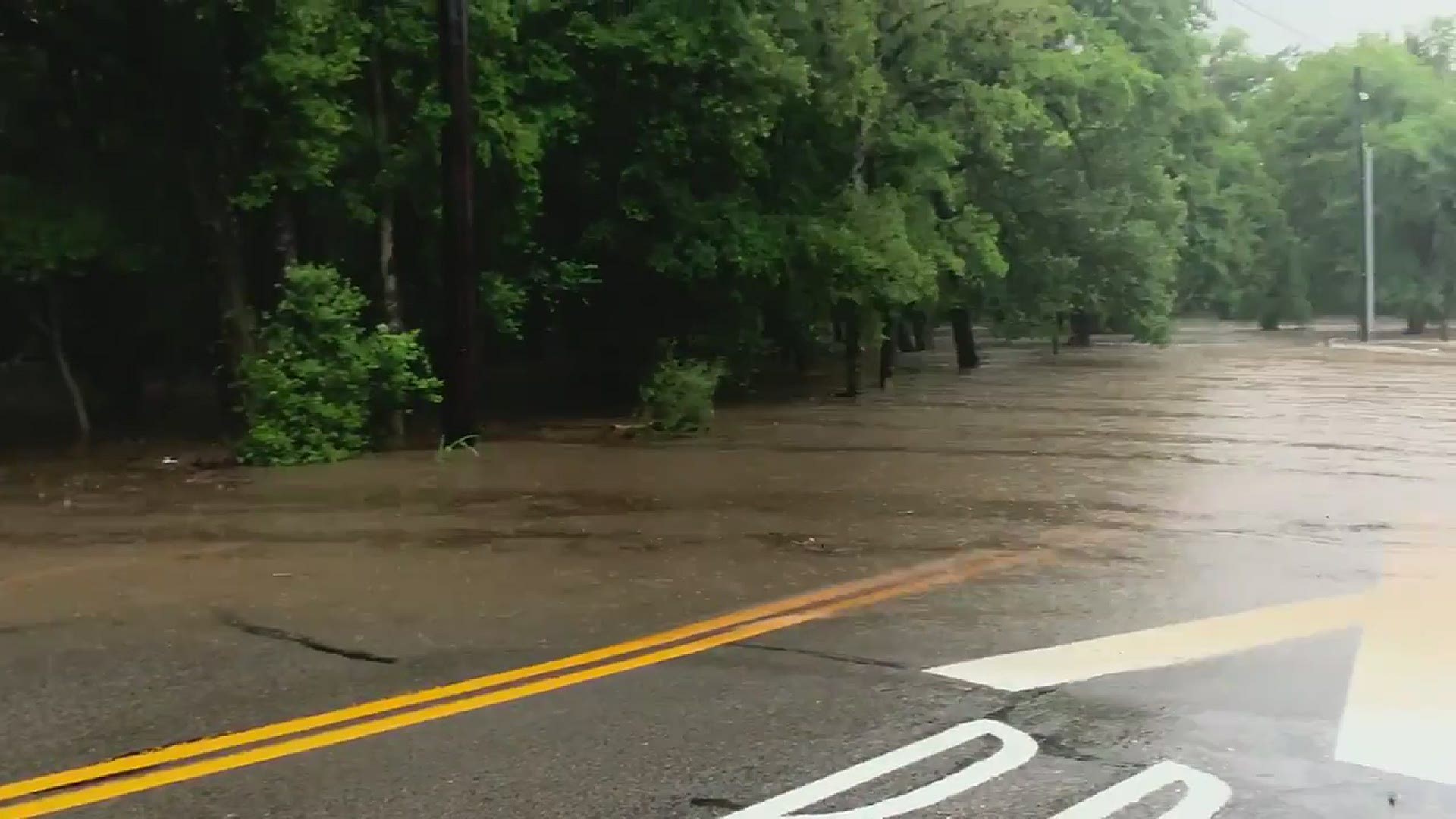 Earlier in the morning, a three-car wreck had traffic down to one lane on Interstate 10 coming into San Antonio from Boerne north of Fair Oaks. 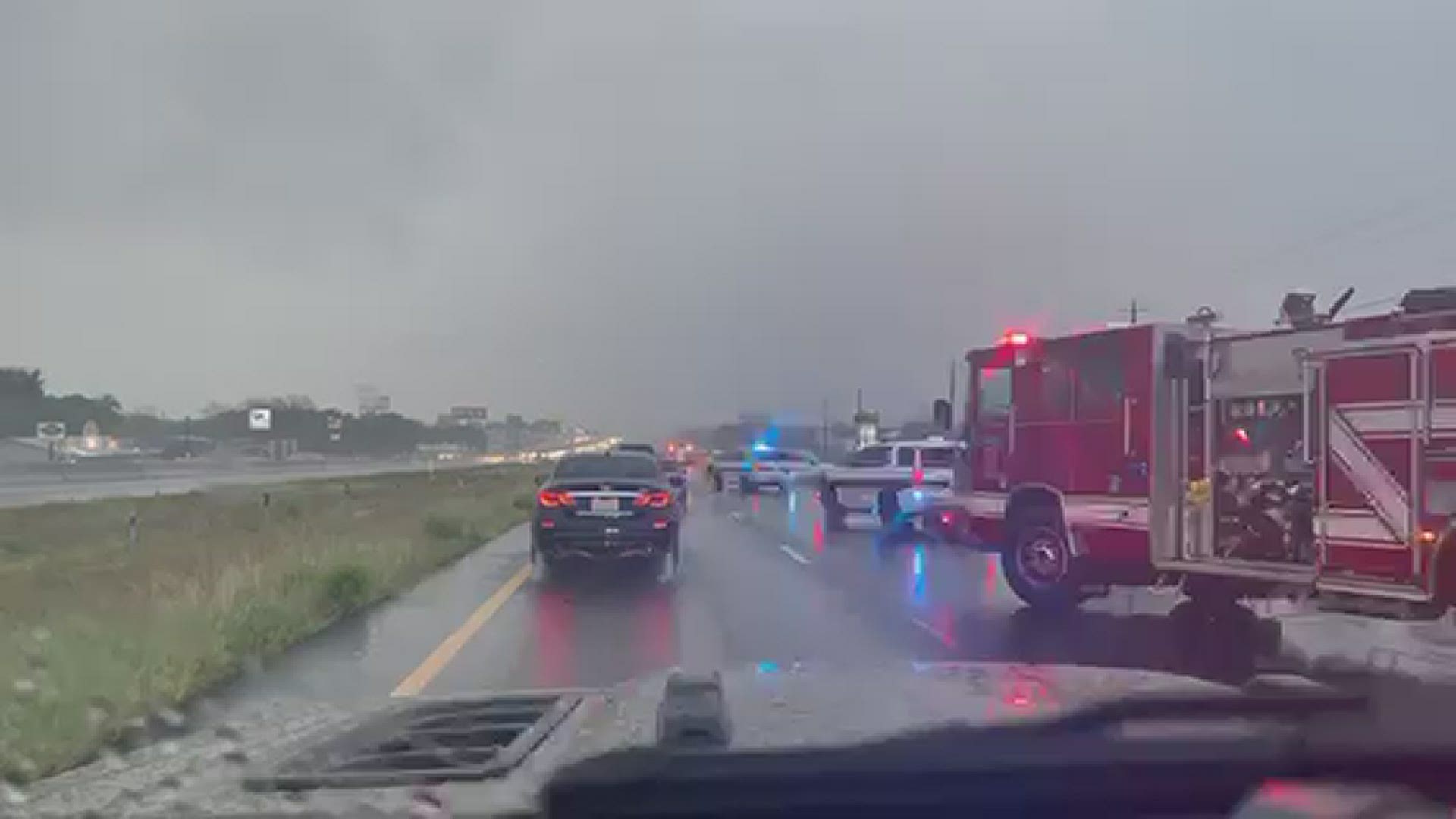 Very wet roadways on this Tuesday! You may want to leave a little bit early this morning and please stay safe! ❤️@KENS5 pic.twitter.com/PEsJdcG9gu

As of 8 a.m., a tractor trailer was seen flipped over on I-10 east at Loop 410. Traffic was backed up in the area as a result of the crash.

Tuesday 7/6 - Scattered Showers and Thunderstorms are starting early today already spreading up from the south. This trend will continue through the day and the next several days as well. pic.twitter.com/3y93cJUG3e

Here are some rainfall totals for the San Antonio area:

As of 3 p.m. Tuesday, less than 400 people are without power, according to the CPS Energy map.