Fixing broken pipes on your own is a big risk

Experts said homeowners attempting to repair broken pipes could cause more damage in the end. 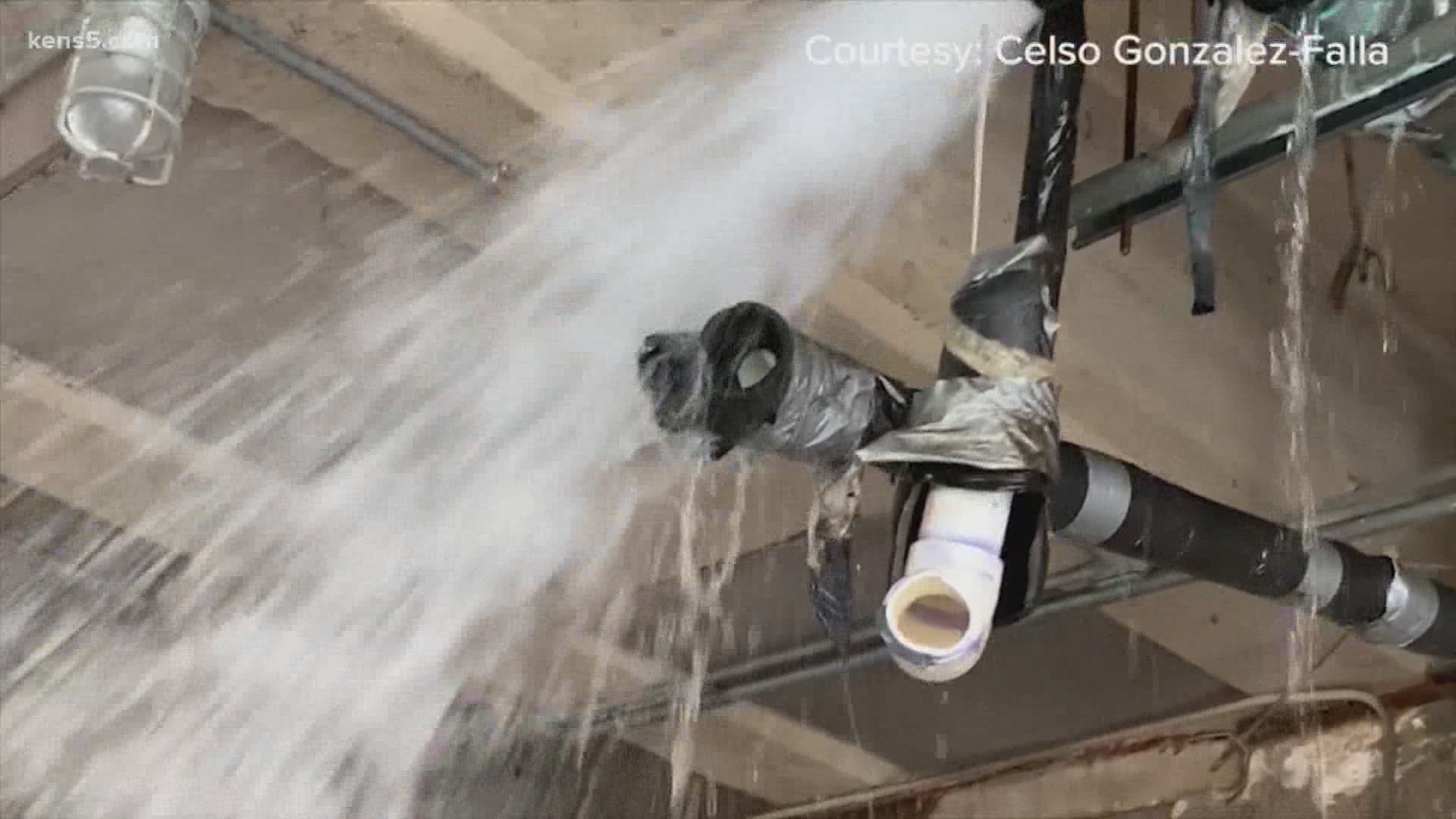 SAN ANTONIO — Broken pipes are causing havoc as people are scrambling to find plumbers to make repairs causing the demand for plumbers to surge.

Kelly Weeks, General Manager for On Time Elmer’s Home Services, said they have been receiving 80 to 90 calls in an hour.

“We have people that have catastrophes in their homes, and they’re not able to live there,” said Weeks.

Weeks said they are working around the clock to service customers.

“We’re trying to do our part and make sure that we’re taking care of elderly people and people with medical issues and young children first,” said Weeks.

He said they are also dealing with a shortage of plumbing supplies to make the repairs.

“As soon as the trucks get in, they’ll be empty within about four or five hours, so it’s going faster than eggs and bread and milk,” said Weeks.

The demand for plumbing services has left some people trying to make the repairs on their own.

“We have in Texas what’s called the Homestead Act, which means if it is your homestead, not a rental property or an investment property, but the place you actually live, you are allowed to plumb your own house. If you’re in the city, you need a permit,” said B.J. Bealor, a state licensed plumbing inspector.

But Bealor said, attempting your own repairs is a big risk.

“I don’t recommend people to try to make the repairs on their own,” said Bealor. “It could lead to a bigger problem down the line.”

Weeks agreed, and said many homeowners don’t have the experience to make the repairs without causing more damage.

He said finding multiple leaks throughout the home may also pose a challenge.

Weeks said one of the plumbers at Elmer’s was at a house and repaired one leak, and another popped up just feet away.

“By the time my guy left there he repaired six leaks and there was another that popped up and he was out of supplies,” said Weeks.  “Anyone out there trying to fix their own leaks, they’re liable to cause more damage to their home without realizing it.”

He said contacting a professional, licensed plumbing to make the repairs is the best option.

Weeks asked customers to be patient, as they are working as quickly as they can.

“We know that they’re hurting.  We care,” said Weeks.  “If there’s a licensed plumber in the state of Texas right now, they care about what’s going on because they take that oath to take care of the health of the nation.”