Customers sound off at CPS Energy's board of trustees meeting

From anticipated higher than usual bills to recent widespread outages, CPS Energy is taking questions and concerns from the public after the severe winter storm. 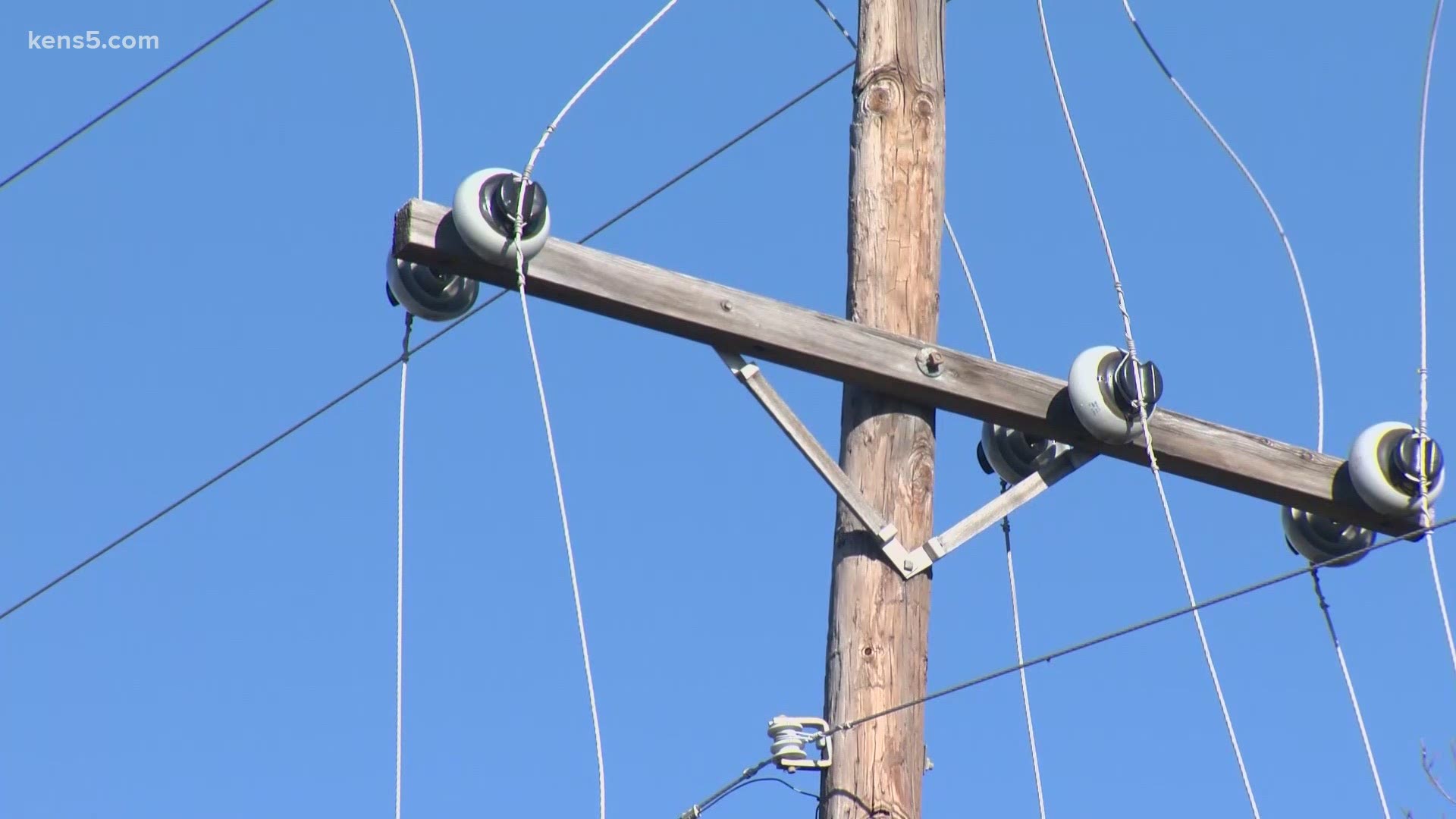 SAN ANTONIO — CPS Energy is holding an online Board of Trustees' meeting and it's open to the public to listen in. The meeting is available to listen to via teleconference.

Customers are going to be sharing concerns and questions over anticipated higher than usual bills to recent widespread outages caused by last week's winter storms.

Sunday evening, Mayor Ron Nirenberg said in the daily coronavirus briefing that auto-pay settings would be disabled for all CPS Energy customers after concerns brewed about anticipated high bills to come due to the winter storm.

Nirenberg began speaking at the beginning of the meeting giving a recap of the recent coronavirus data - citing the downward trend in cases for Bexar County. He then spoke about an effort called Let's Help SA to help those who are still suffering from the outages and busted pipes which left so many people without water. The fund will raise money for SAMMinistries, San Antonio Food Bank and Haven for Hope.

Our Board of Trustees is meeting TODAY (2/22) at 1pm. This meeting will be audio only 🔊 Additional pre-registration for Public Comment is this morning from 10-11am. Call 210-353-4662 to pre-register. Learn more and listen live at https://t.co/7833H79kY1. pic.twitter.com/VSFQHlVxuk

Next, Paula Gold-Williams, the President and CEO of CPS Energy, said she is sorry for all that everyone went through with power outages - especially those who suffered through multiple days of being home in frigid temperatures.

Gold-Williams said CPS Energy crews couldn't gain momentum until the weather conditions improved last week. She reiterated that a central command center was not created due to COVID-19 protocols.

Then, Gold-Williams went on to address the anticipated concerns from the public over how things were handled.

"We will do all we can to learn and improve from these experiences this past week," she said. "I do understand people are still angry... We will continue to be better every day."

Gold-Williams answered a question about a CPS Energy employee who was involved in a weather-related crash. She said that employee, who was driving a bucket truck, is doing well.

A prayer was said after Gold-Williams spoke. Then, the meeting turned to hearing from the public for the public comment portion of the meeting.

CPS Energy said 108 people were registered to speak, with a total of 2 minutes each.

Alex Birnel of MOVE Texas was the first person to speak - followed by Jorge Granados, a south side resident. Granados shared that his entire neighborhood was left without power for two days. He said it is his sincere hope that CPS Energy's board of trustees will look into the issue.

The third person to speak said San Antonio residents are not responsible for a "shoddy grid" and said he doesn't believe anyone should have to pay for energy use last week.

The next few speakers were called out by name, but didn't appear to be ready to talk during the meeting.

A woman named Lisa asked where the at-risk incentive pay – totaling almost $13 million – went for CPS Energy employees, which was suspended. According to a news release in April of 2020, it would have been paid in May of 2020 to approximately 1,800 employees who had earned it, including executives, due to excellent operational performance in CPS Energy's fiscal year that ended January 31, 2020.

Another customer named Marlon began simply with, "CPS failed us." He went on to say that Gold-Williams should resign and that the San Antonio City Council should oversee things.

One man summed up his feelings by saying, "People died, Ms. Gold-Williams. This is not a beautiful day just because the sun is out."

San Antonio resident Paul Wise said it was his first time making a public comment. He said he was not going to be as eloquent in his comments as others ahead of him. He said that most people are being "screwed over by CPS." He spoke passionately about the elderly and veterans and questioned why stories are already rolling in about people with high bills.

A representative from the People's Parity Project (St. Mary's Law Chapter) called on Gold-Williams to give up part of her salary as one of several things to do in response to the high costs, along with waiving customers' bills from last week.

About 30 minutes into the public comment portion of the meeting, several residents were not present on the call when asked to speak.

Karen Gutierrez expressed her frustration saying she could see portions of downtown lit up although she and her daughter had no power.

Another resident said, "The city of San Antonio rolled the dice and San Antonio lost." He pointed to his own experience going through three days without power while caring for his 87-year-old father and three grandchildren.

A Helotes resident became emotional, sharing how she and her 70-year-old brother dealt with the loss of power for 96 hours. She said after three days the food in their refrigerator had spoiled and her brother had to keep his insulin cold by leaving it outside in the snow - all while watching the temperature drop to 13 degrees inside their home.

One person called for CPS Energy to offer rebates and asked the energy company to "dig deep" and make things right.

Residents shared frustration about the failure to prepare for the storm by CPS and others, the lack of communication, the fairness of the rolling blackouts, and said that customers should not bear the cost of this multi-layered failure.