A sudden storm left thousands without power and flooded some roadways across the city on Thursday night. 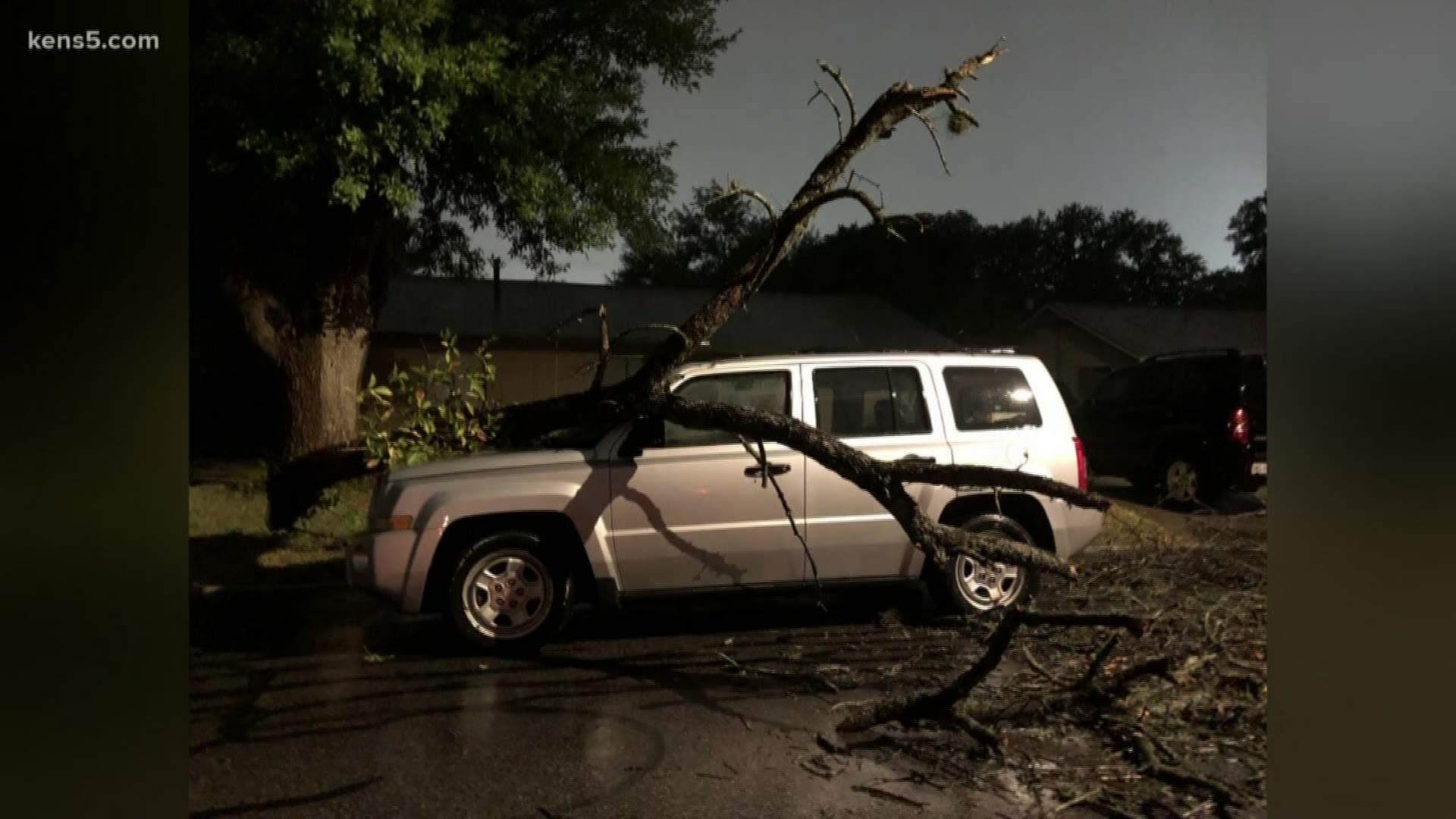 SAN ANTONIO — Major storms sprouted up and moved through San Antonio Thursday evening, causing wind gusts of 40 to 50 mph and even toppling scaffolding downtown. As of about 11 p.m., they had mostly cleared out, and a Severe Thunderstorm Warning for the area ended.

At least three people were injured after strong wind gusts caused 16 stories' worth of scaffolding to blow down onto St. Mark's Episcopal Church in downtown San Antonio. The church itself was also damaged, but the extent is unknown at this time.

Though the storms are now out of the area, a Flash Flood Warning is still in effect for east Bexar County until 1 a.m. Friday.