Anger over lit downtown skyline amid blackouts throughout San Antonio

San Antonio's skyline was lit up as thousands of San Antonians went without power Monday night. 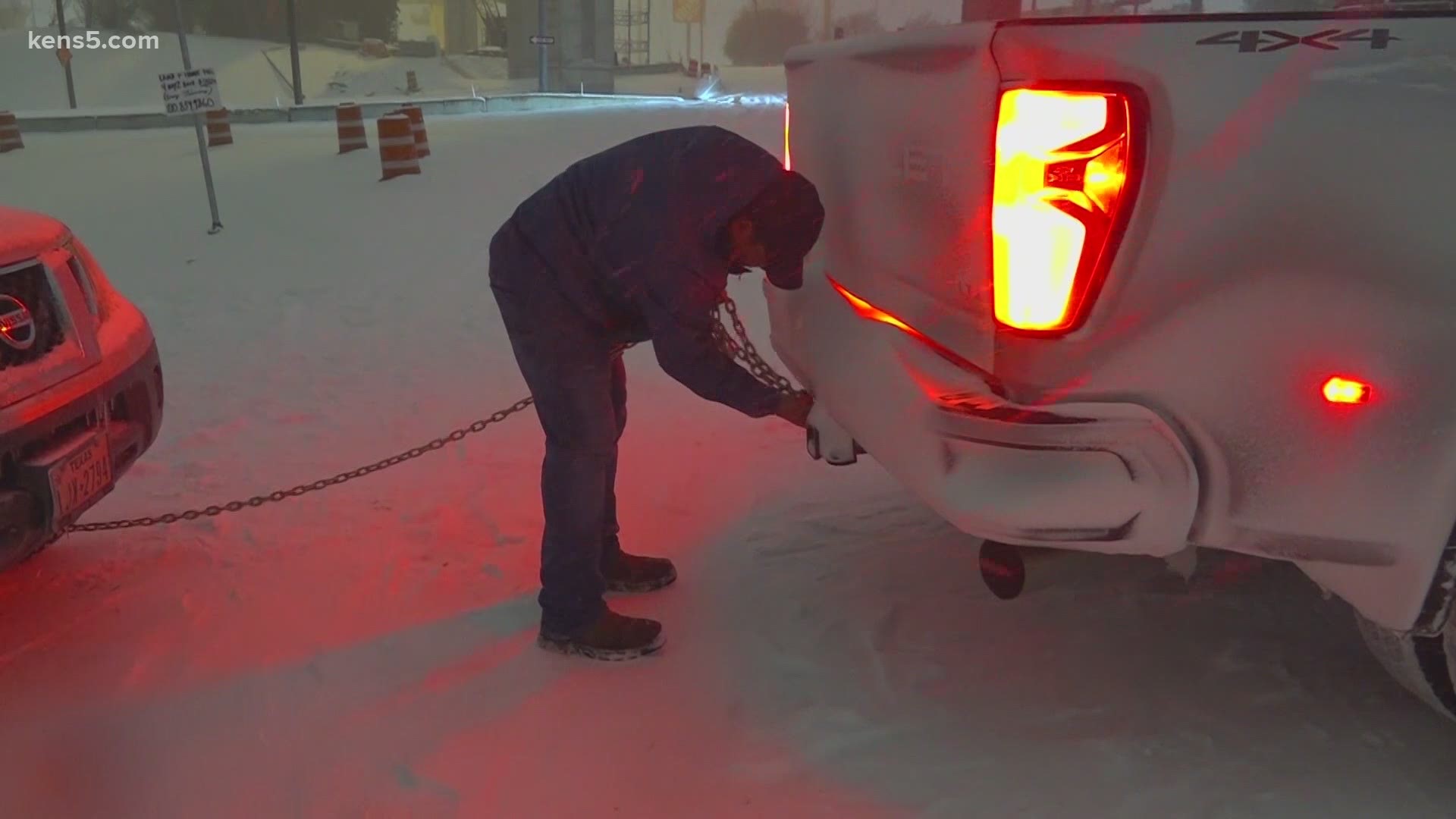 SAN ANTONIO — As hundreds of thousands in San Antonio went without power last night, many looked to the skyline and saw downtown lit up. The sight sparked anger from many, including the councilman who represents the area.

"It confounds us further when we see a major part of our city, downtown -- the area that I represent as a council member -- lit up," District One Councilman Roberto Trevino said.

San Antonians took to social media to air frustrations about the illuminated downtown buildings as energy officials urge people to conserve energy. One wrote in part, "So glad Downtown SA is so well lit while so many of us are sitting in our cold, dark homes."

Councilman Trevino also took to Twitter last night, saying the skyline needed to go dark and the city needed to do all they can to conserve energy.

Our San Antonio downtown skyline needs to join the other Texas skylines that have gone dark in order to do all that we can to preserve our energy and provide it to the households most in need.

Later, the councilman shared that lights at the Alamodome and Convention Center were turned off and officials were working to turn off lights at the Tower of the Americas.

UPDATE:
I received a response from the City Manager to my inquiry regarding the lights downtown. The lights at the Alamodome and Convention Center have been turned off and they are working on turning off the Tower of the Americas.

"We thought the right thing to do was to begin shutting down the power in those areas. We can control that -- they're city-owned facilities," Trevino told KENS 5.

When asked whether he thought local leaders were doing enough, Trevino said, "The short answer is we could be doing more. People's lives are depending on it."

Trevino and other council members are calling for an emergency City Council meeting. He's also put in requests to the city manager's office to have Via busses deployed as warming stations in the areas without power and for certain city facilities to also be opened as warming stations.

ERCOT officials today said they don't yet know when the need for blackouts will stop.