Temperatures will stay in the upper-90s all week with no rain in sight. 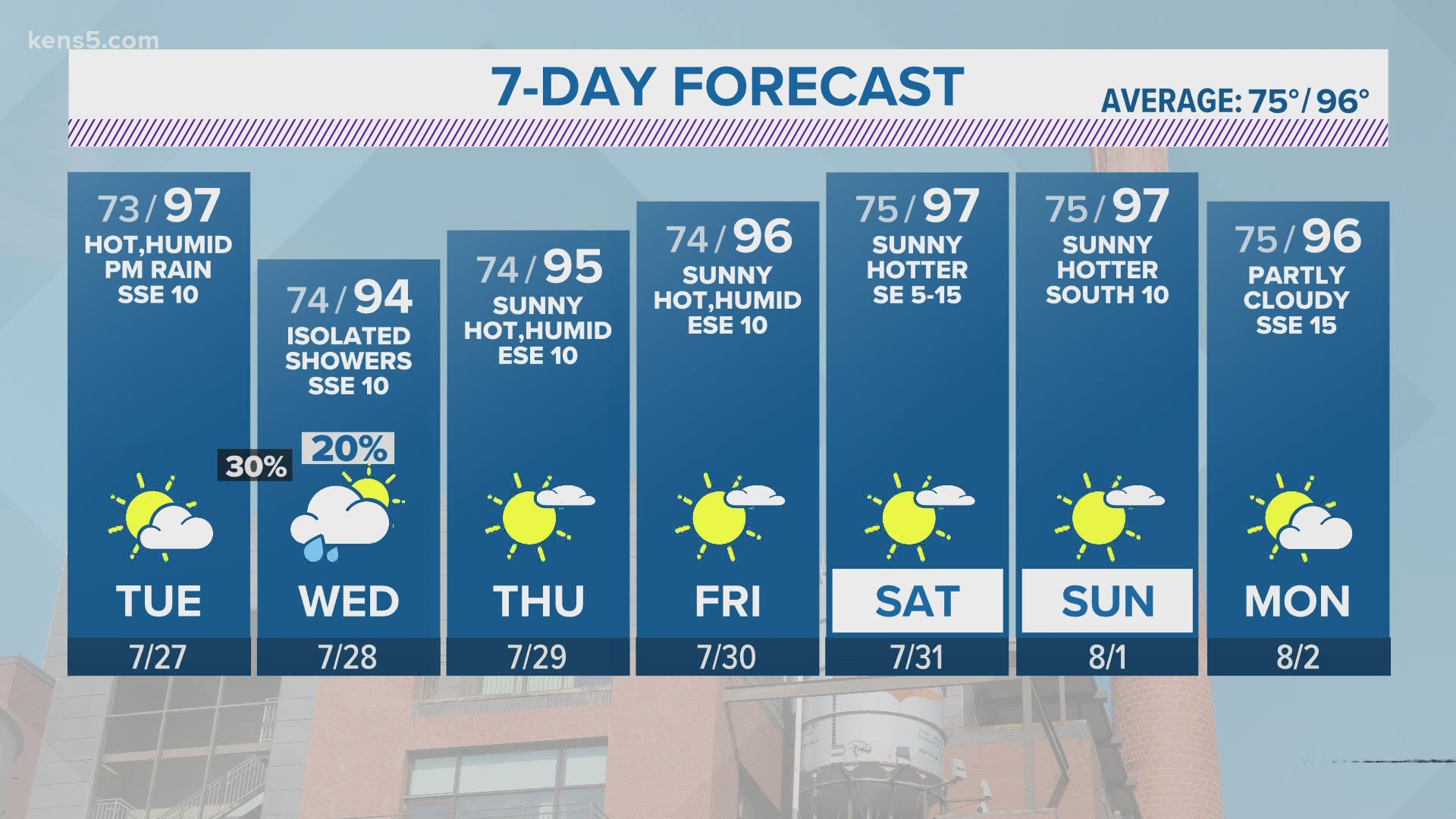 SAN ANTONIO — Summer's in full swing in San Antonio, and as temperatures rise into the upper 90s and flirt with triple digits the city has opened up several cooling centers around town.

KENS 5's Weather Chief Bill Taylor is forecasting the hottest week of the summer kicked off Monday. The city says as the heat rises, adults over 65, children under 4, and people with existing medical conditions such as heart disease are at the highest risk.

The city operates more than 30 cooling centers to provide relief to San Antonians at risk for heat exhaustion.  View a map of the cooling centers currently open across the city below:

The city also says residents should drink plenty of water and protect themselves from the sun.