A little over a year after Hurricane Harvey decimated the Texas coastal town of Rockport, the city could see heavy and damaging rains again this weekend. 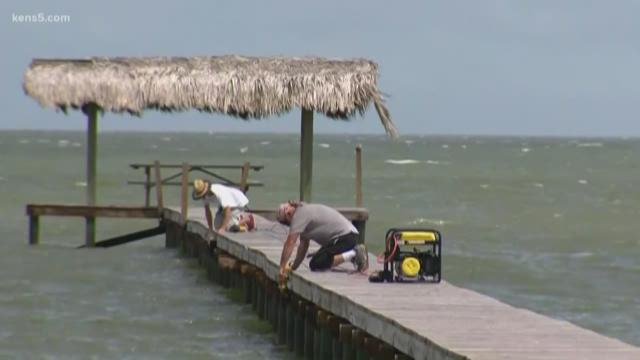 The coastal bend of Texas is expected to see heavy rain this weekend, just over a year after Hurricane Harvey hit the area hard.

Over the past year, people in Rockport have rebuilt homes and businesses and worked to recover from the effects of the storm.

Lifelong Rockport resident Maximilian Rinche, who works in construction, says that the community came together quickly to get local businesses back open as soon as possible, to demolish unsafe structures and to reconstruct buildings.

Still, he says that there’s some work left to do.

“A lot of maintenance,” Rinche said. “We’re still seeing water damage and things like that in certain places, but a lot are past the demo stage and now in the rebuilding stage.”

That means that a big storm would be a setback. Neighbors say that they aren’t expecting what they saw last year but are still preparing for a wet season, with a possible tropical depression bearing down on them this weekend.