The drought continues to worsen in South Texas and it doesn't look like much rain is on the way to help. 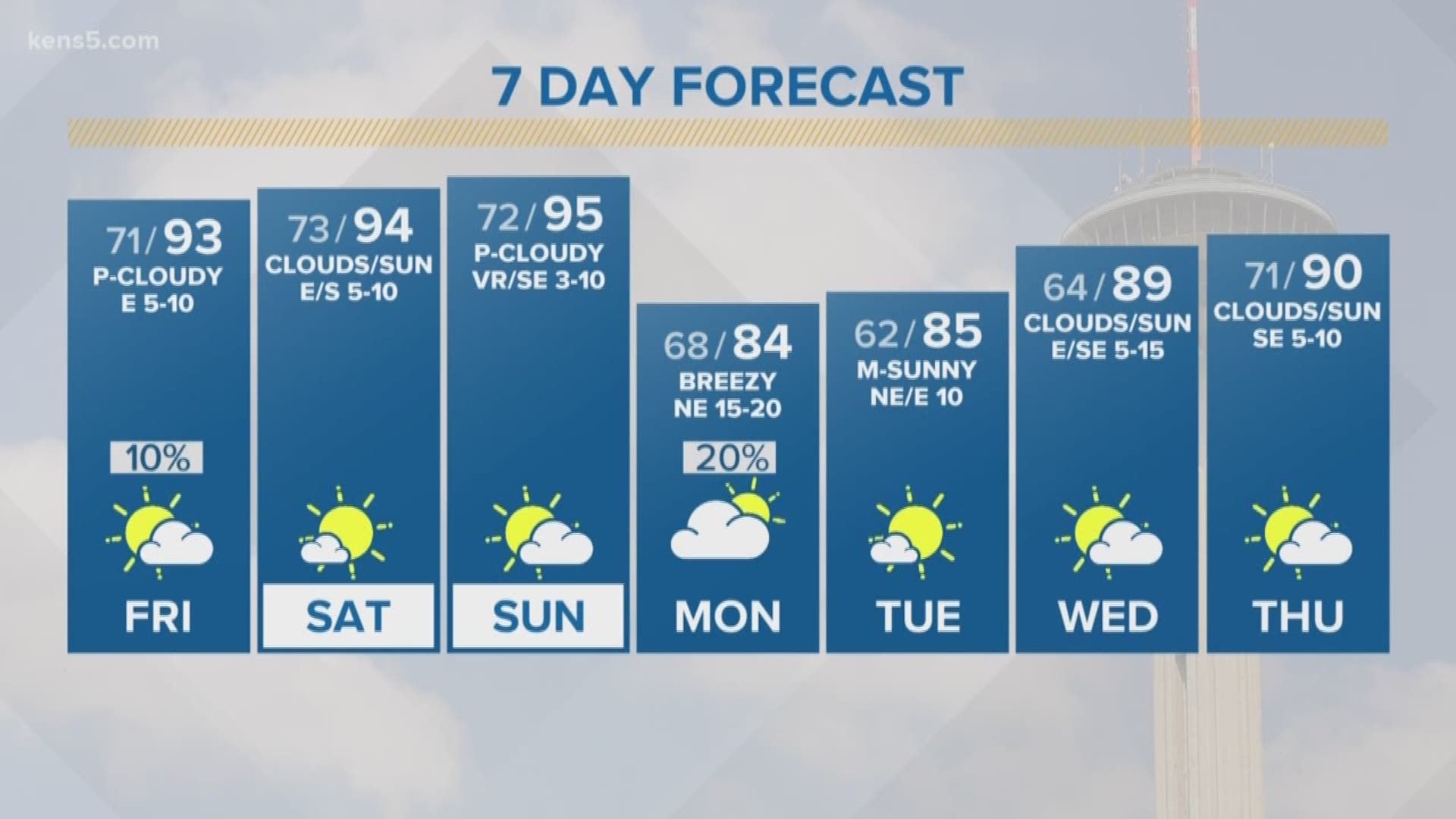 SAN ANTONIO — A lack of significant rainfall over the past couple of months has led parts of our region to slip into a severe to extreme drought.

This drought has been building for months, and now parts of Bexar County have been included in the extreme drought.

A cold front is expected to arrive to the region as we move into the end of this week, and it may bring a little bit of rain along with it; unfortunately, behind the front, there will be a lot of dry air moving in. The drier air will likely only make matters worse for the drought and fuel fire dangers.

While the cooler air may make you want to have a campfire or bonfire by the middle of next week and into the weekend, it will be important to not have one. A burn ban is in place for all of the KENS 5 viewing area with the exception of McMullen County.

Hot this weekend, but early next week will feel better | First Alert Forecast

Low temps in the 50s? Cold front on its way to San Antonio, Hill Country

Even thought we will be getting a bit of rain over the next week, it likely won't be enough to remove some of the burn bans we have in place as much of the region will see less than a half of an inch and some will make it through the next week without seeing a drop of rain.

We are expecting more cold fronts to arrive to the region over the next two weeks, but unfortunately it is looking like they won't be bringing much rain either with a below-average amount of rainfall expected for the next 8 to 14 days.

There are not any current water restrictions coming from Edwards Aquifer being too low yet, but the aquifer is down to 666.0' on Friday.

The drought will likely worsen over the next week, but we won't have the latest data in until Thursday as the drought monitor is updated then each week.