Another Saharan dust plume moves over South Texas this week and near-record temperatures on the 4th of July. 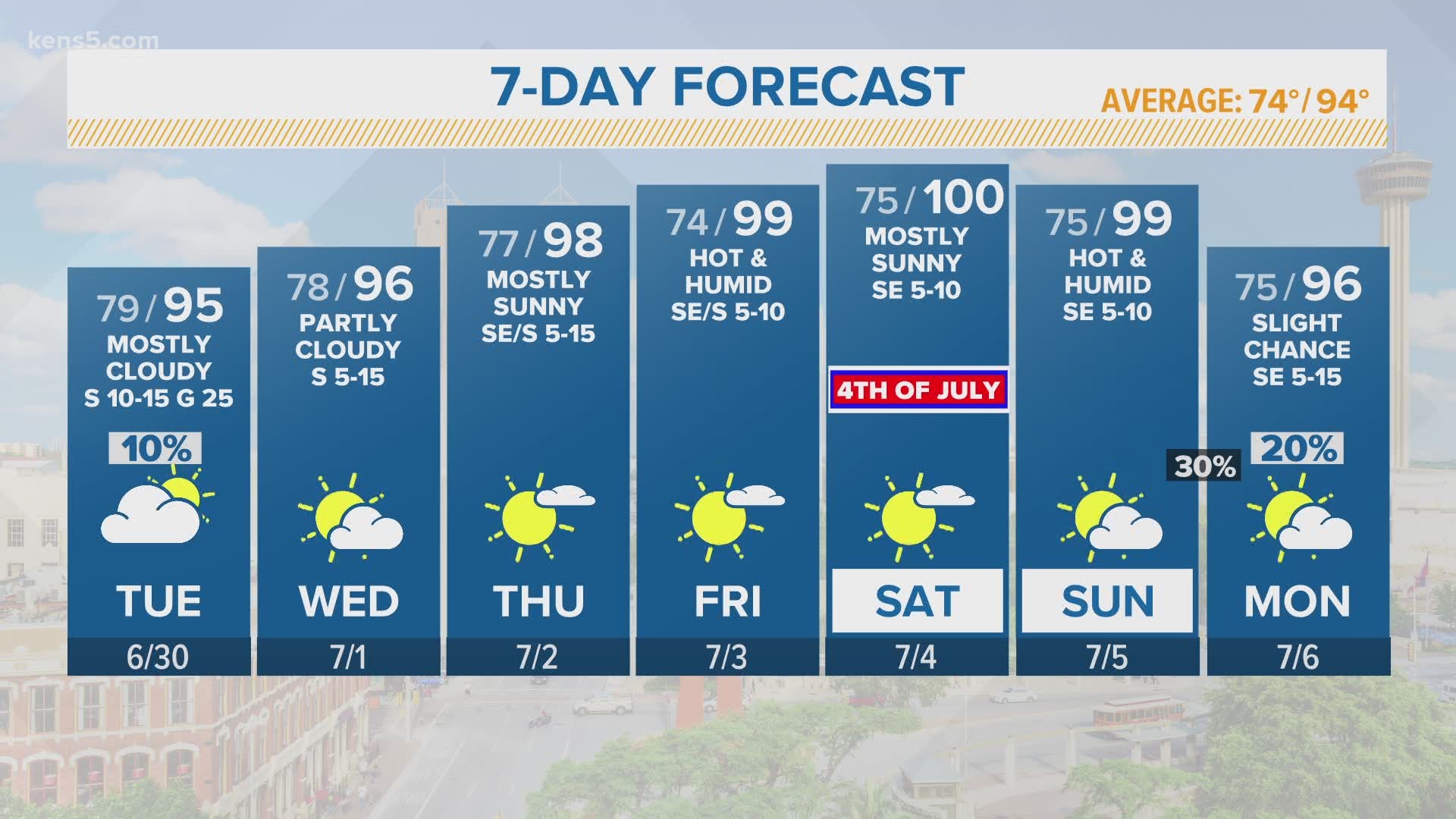 SAN ANTONIO — Saharan dust makes a comeback as another dust plume moves over Texas this week. Keep in mind Saharan dust may irritate those with respiratory issues, asthma and allergies.

This is known as the Saharan Air Layer and it is more active during the summer months. Saharan dust can also limit tropical activity over the Atlantic Ocean.

The large plumes of dust originated over the Sahara Desert in Africa. Dust will travel thousands of miles over the Atlantic and Caribbean, into the Gulf of Mexico. This will impact the appearance of our sky.

It will not appear as hazy as last week and air quality should continue to stay in the moderate stage in Bexar County through Friday.

While skies remain hazy, temperatures will climb Tuesday and into the holiday weekend.

On the Fourth of July, San Antonio may reach 100-degrees for the first time this year. Near-record temperatures are likely in South Texas during the holiday weekend.

Drink plenty of water and keep the sunscreen handy! Our skies will begin to clear and rain chances drop as a summer-like weather pattern sets up over Texas.

Stay cool and enjoy the sunshine this weekend!