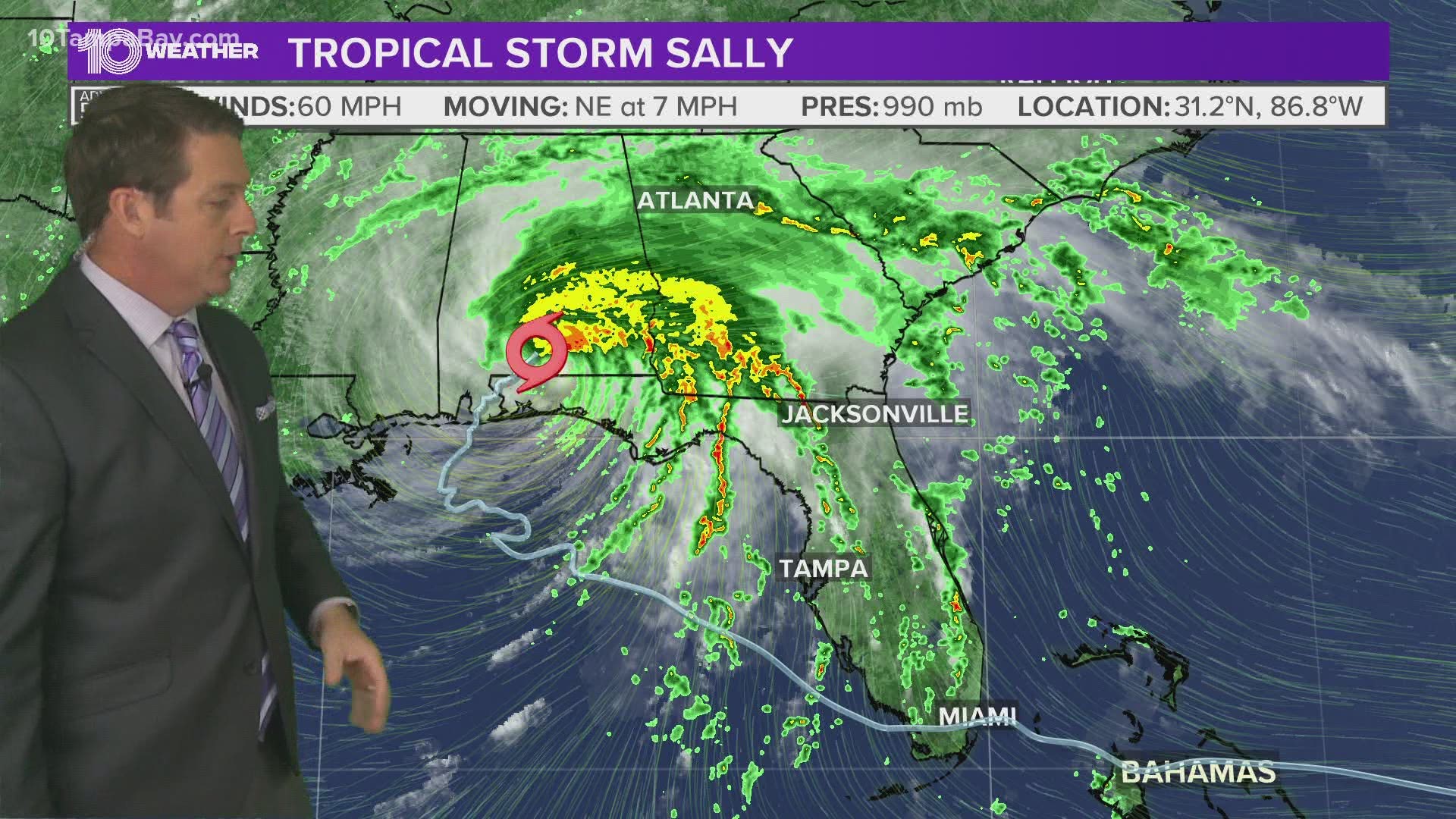 It had maximum sustained winds of 105 mph and a minimum central pressure of 965 mb, according to the National Hurricane Center.

It has the potential to bring "historic flooding" with "extreme life-threatening flash flooding" through Wednesday along portions of the northern Gulf coast, the NHC said.

Through this afternoon, Sally will produce additional rainfall totals of 8 to 12 inches with localized higher amounts possible along and just inland of the central Gulf Coast from west of Tallahassee, Florida to Mobile Bay, Alabama.

Storm totals of 10 to 20 inches to isolated amounts of 35 inches is expected.

In addition, this rainfall will lead to widespread moderate to major river flooding.

Sally started Monday morning as a tropical storm and quickly became a hurricane by 11:00 am.

Monday, the storm saw a 20-mph increase in wind speed from the advisory at 11 a.m. to a special advisory issued about 12:30 p.m., according to the NHC. The process is known as "rapid intensification." Rapid intensification is when a tropical cyclone intensifies dramatically in a short period of time.

Here's a breakdown of the latest watches and warnings:

A Storm Surge Warning is in effect for Dauphin Island Alabama to the Walton/Bay County Line Florida.

A Hurricane Warning is in effect for  Mississippi/Alabama border to the Okaloosa/Walton County line Florida.

A Tropical Storm Warning is in effect for East of the Okaloosa/Walton County line Florida to Indian Pass Florida.