Tropics update: Not done with Eta yet as Cuba and Florida watch forecast track closely

Eta was only the fifth storm on record to reach Category 4 status in the month of November. 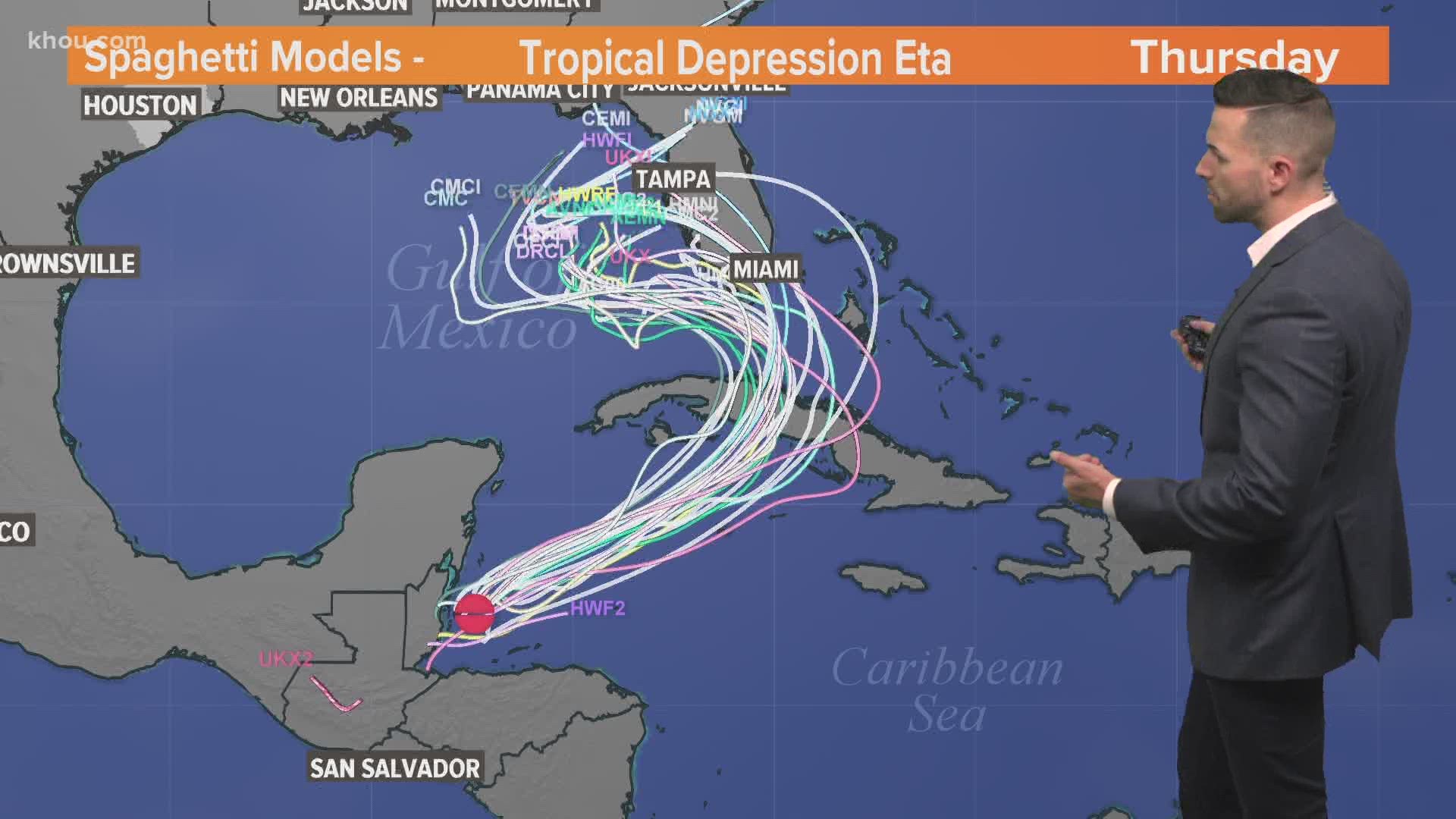 Now it's a tropical depression but is forecast to become a hurricane again while heading east back into the open waters. It will go over Cuba and then possibly bring impacts to South Florida before heading into the Gulf, the current forecast models show. Its intensity and direct impacts on Florida are not yet known, but after heading into the Gulf northwestward, it's expected to be steered back east into the Tampa area by a cold front midweek next week. It's still too soon to determine a landfall area or intensity, but Texas is not in the forecast track.

1. Through Monday morning, heavy rainfall from Eta will lead to catastrophic, life-threatening flash flooding and river flooding across portions of Central America, along with landslides in areas of higher terrain.  Flash and river flooding is also possible across Jamaica, southeast Mexico, the Cayman Islands and western Cuba.

2. Eta is forecast to regain tropical storm strength over the northwestern Caribbean Sea later today. Although the details of the future track and intensity of Eta are still uncertain, there is an increasing risk of impacts from wind and rainfall in portions of the Cayman Islands, Cuba, southern Florida and the Florida Keys and the northwestern Bahamas this weekend and early next week.