'Everyone should be making preparations' for possible hurricane, Houston leaders say

Tropical Storm Laura's path is still in limbo but some models show the Texas Coast could be impacted. 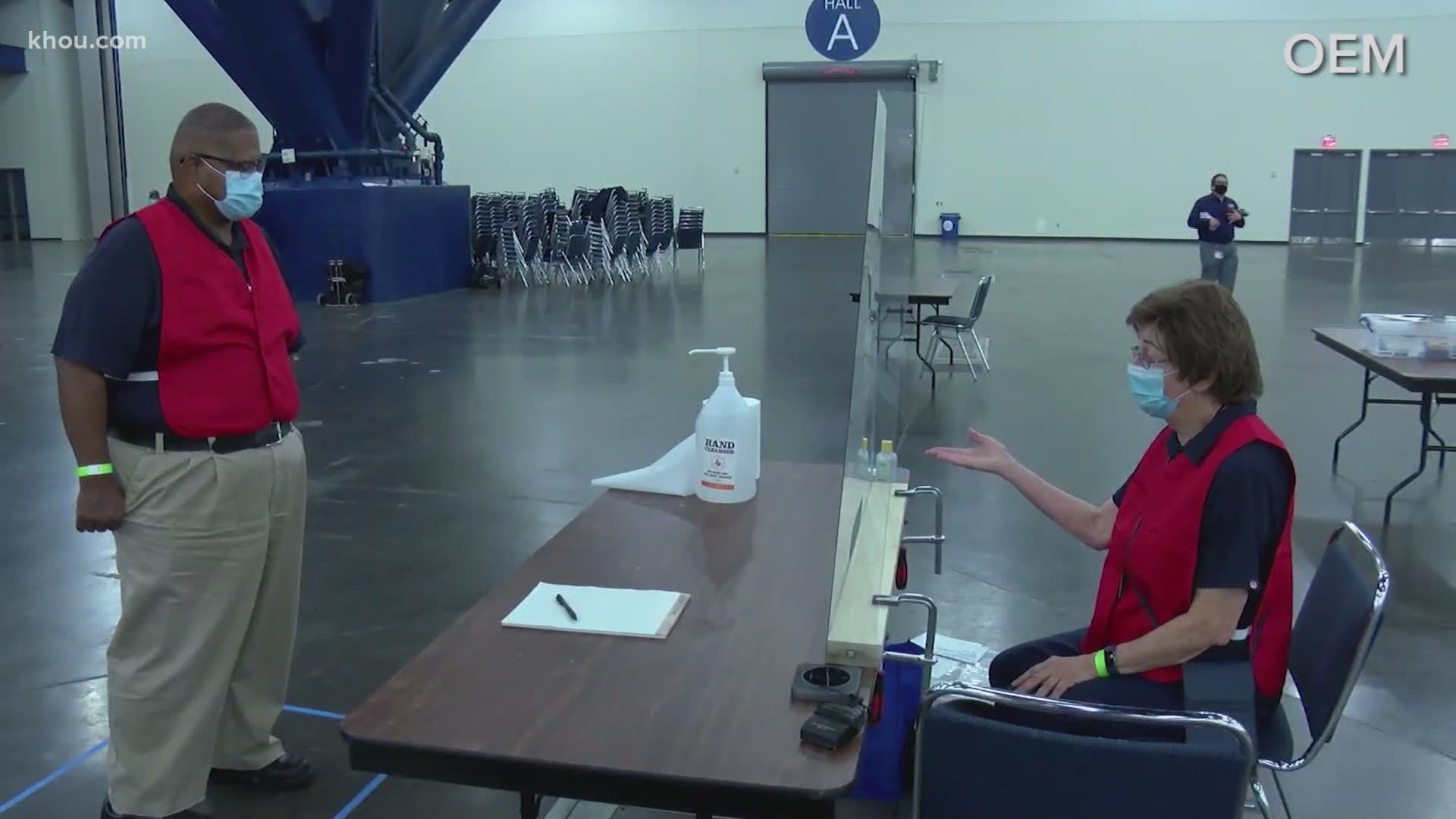 A hurricane watch was issued for from Port Bolivar, Texas, to west of Morgan City, Louisiana.

Harris County Judge Lina Hidalgo and Houston Mayor Sylvester Turner said Monday the city and county have spent weeks preparing for the possibility of a hurricane.

With the threat of Tropical Storm Laura making landfall in Texas, they urged Houston and Harris County residents to do their part to get ready.

“We’re leaving no stone unturned with preparation, and now it is the community’s turn," Hidalgo said at a Monday afternoon news conference. "Everyone should be making preparations for a possible hurricane. Time, right now, is the most precious resource, so let’s not waste it.”

It's still too soon to say where Tropical Storm Laura will make landfall but forecasters say it could be a Category 2 hurricane with a dangerous storm surge.

That would mean coastal communities would likely evacuate.  Galveston has already issued a voluntary evacuation for low-lying areas.

Seniors or disabled people who need help evacuating can call 211.

Mayor Turner urged Houston residents to stay off the roads Tuesday into Wednesday to make room for potential evacuees.

He's also reminding people to tie down or bring inside any objects around the house that could go flying in the wind.

Tropical Storm Laura's track is still in limbo. The center of the forecast cone is now in western Louisiana, but Houston is in the cone's far western edge.

This storm has been very difficult to forecast, so it can easily shift and should be watched closely. It is still expected to pick up steam as it moves across the warm waters of the Gulf of Mexico on Tuesday.

In the Houston area contraflow would only be implemented as a last resort on IH 45 North Frwy, IH 69 Eastex, IH 10 Katy, and US 290 and only after local authorities mandate evacuations. We stand ready if asked by local authorities to help in this type of effort. pic.twitter.com/OmfGF2VLVR

Gov. Greg Abbott on Sunday declared a state disaster to assist Texans affected by the storms. Abbott announced Monday morning that FEMA had approved the declaration.

The state disaster declaration was issued for 23 counties, including all coastal surge counties, plus Bexar County, which will be for staging and sheltering.