Matthew McConaughey decided to spend his Sunday celebrating National First Responders Day, giving back to the first responders of Houston who were first on the scene during Hurricane Harvey. 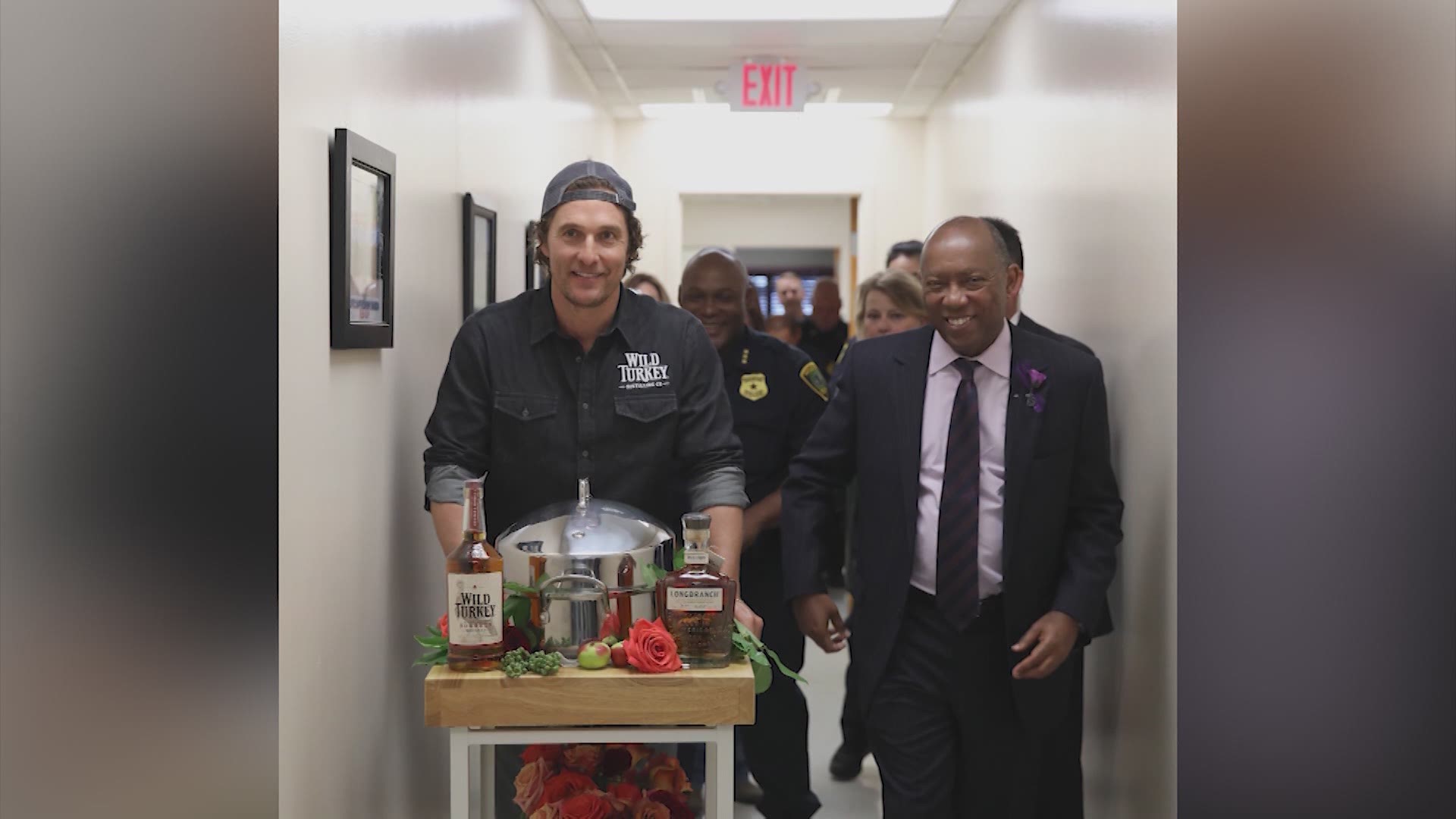 HOUSTON — Austin-based actor Matthew McConaughey and the makers of Wild Turkey Bourbon started off the Thanksgiving season early by expressing their gratitude to the first responders of Houston -- those who were first on the scene to help citizens during Hurricane Harvey.

McConaughey and his crew decided to travel across Houston on Sunday, visiting local fire and police departments to say thanks on National First Responders Day.

“Today is about saying thank you to the people that were on the frontlines and got out there to rescue people first,” said McConaughey.

He said that in addition to the visits, his team donated $10,000 to Team Rubicon, which trains veterans to become first responders, and dropped off turkeys -- and a little bit of bourbon as well -- to Houston's first responders.

"Honored to welcome him to our city and thank him for spending time and recognizing our @houstonpolice, @HoustonFire, and 911 dispatchers for their service," Houston Mayor Sylvester Turner tweeted.

Thanks Matthew McConaughey for swinging by HFD Station 26 and for teaming up with Wild Turkey to show appreciation to Houston first responders! #WildTurkeyGivesBack pic.twitter.com/9pZsI4S8Oz

"Thank you @McConaughey for taking time to recognize and thank the women and men of @houstonpolice for their efforts during #HurricaneHarvey and everyday. Be safe going back to ATX. #RelationalPolicing," Chief Acevedo wrote.

If Matthew McConaughey can stand in line to vote, so can you