Hurricane Delta will impact the coastal and inland areas of Port Aransas and Nueces County with coastal flooding or severe damage. 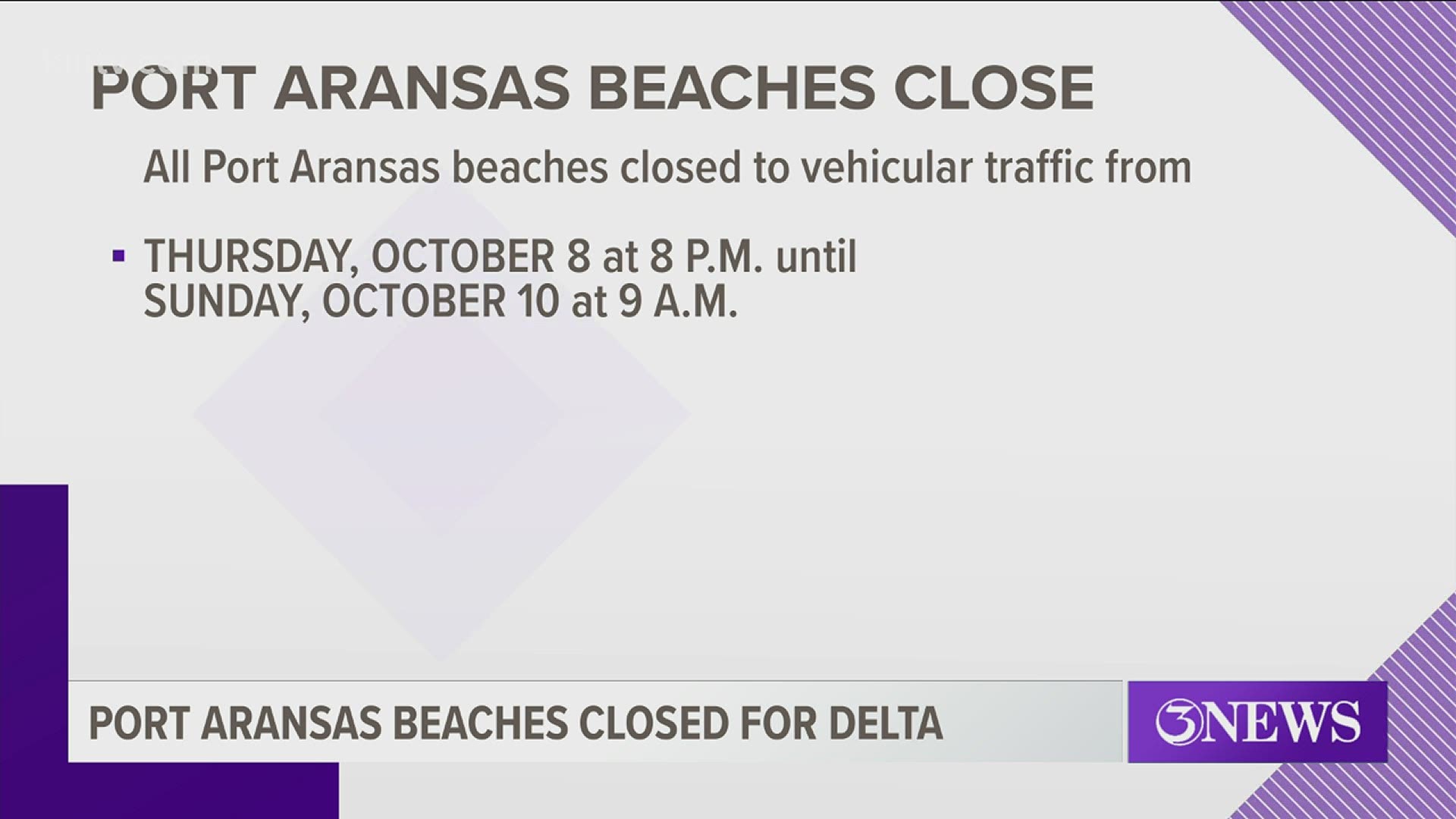 PORT ARANSAS, Texas — Hurricane Delta is now a dangerous category 3 hurricane with 145 mph winds. It's heading for the Northern Gulf Coast in the Mississippi Delta region and not far from where Laura made landfall.

The forecast track keeps it 150-300 miles to our east with a 10-percent chance of tropical storm force winds here.

As a result, all Port Aransas beaches will be closed to vehicular traffic from Thursday, October 8 at 8:00 p.m. until Saturday, October 10 at 9:00 a.m.

WHEREAS, the City of Port Aransas, Texas, on this, 6th, day of October, 2020, is under the threat of imminent disaster, injury, or loss of life or property, resulting from Hurricane Delta, which will impact the coastal and inland areas of the City of Port Aransas and Nueces County, Texas, with coastal flooding or severe damage.

WHEREAS, the Mayor of Port Aransas has determined that extraordinary measures must be taken to alleviate the suffering of people and to protect or rehabilitate property and for other disaster mitigation, response, or recovery: and

WHEREAS, the Texas Disaster Act of 1975, as amended, codified as Chapter 418 of the Texas Government Code, authorizes the presiding officer of a political subdivision to declare a local state of disaster.

NOW, THEREFORE, BE IT PROCLAIMED BY THE MAYOR OF PORT ARANSAS:

1. That a local state of disaster is hereby declared by the City of Port Aransas pursuant to §4 l 8. l08(a) of the Texas Government Code.

2. Pursuant to §418.0 I 8(b) of the Government Code, the state of disaster shall continue for a period of not more than seven days from the date of this declaration unless continued or renewed by the City Council.

3. Pursuant to §418.018(c) of the Government Code, this declaration of a local state of Disaster shall be given prompt and general publicity and shall be filed promptly with the City Secretary.

4. Pursuant to §418 .0 18 (d) of the Government Code, this declaration of a local state of disaster activates the City's emergency management plan.

5. That all Port Aransas beaches be closed to vehicular traffic from Thursday October 8th 8:00 pm until Saturday October 10th 9:00 am.

6. That this proclamation shall take effect immediately from and after its issuance.