San Antonian shares how she's preparing for another winter storm. 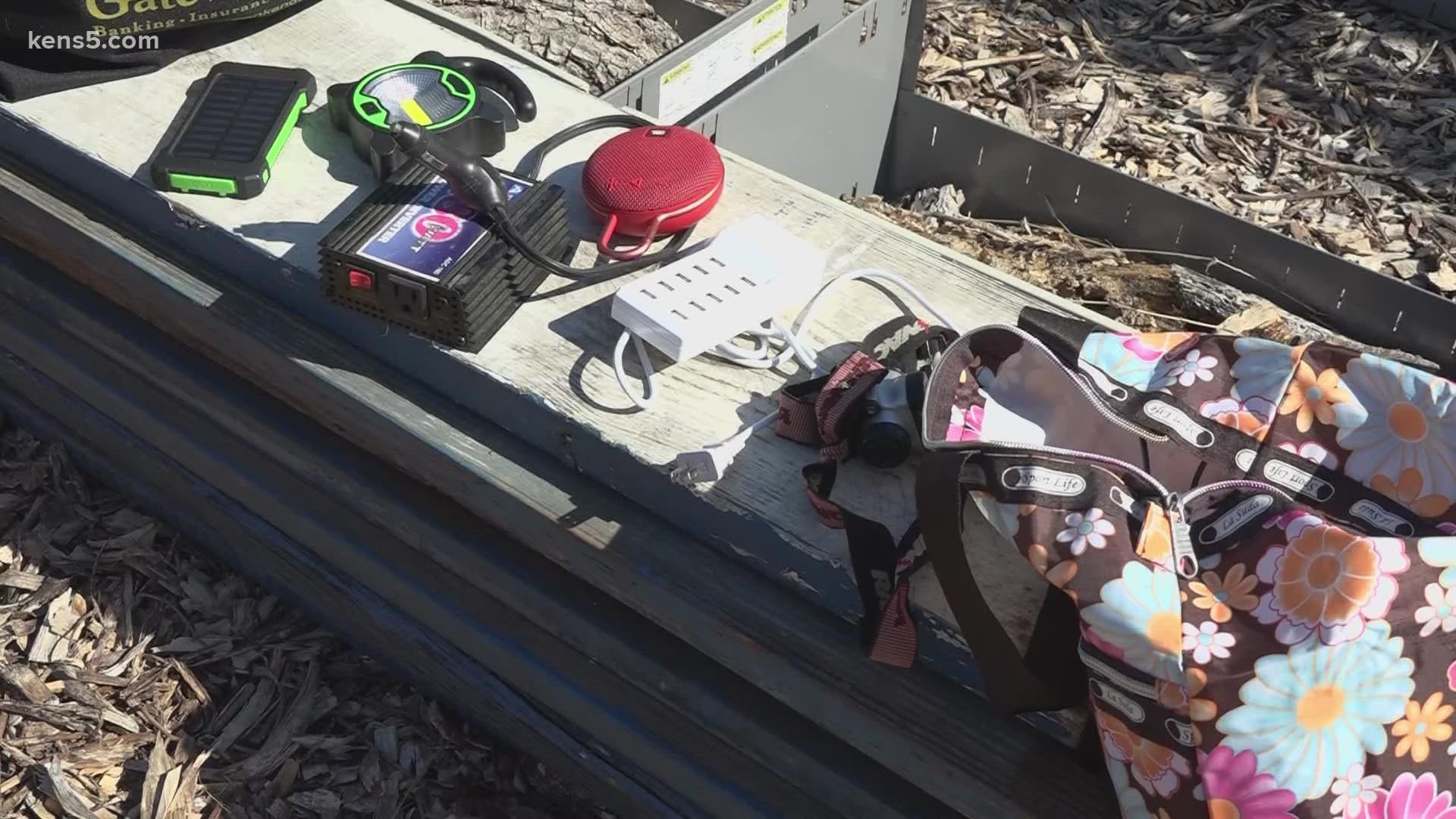 SAN ANTONIO — Now that we are waking up to cooler temperatures, many people are having flashbacks to the big freeze last February and one westside activist is doing more than remembering.

Susana Segura has spent the last few months making smart investments to be better prepared in case the power grid goes down again.

Segura said nobody was ready when temperatures plunged below freezing for days.

"We knew the cold was coming and the cold came sooner than we expected," Segura said.

Remembering the suffering she and her neighbors endured, Segura said she was determined to be more comfortable, even if her home goes dark and cold.

She has invested thought, time and money in gathering supplies, both for her own home and for people in her west San Antonio neighborhood. Some who are homeless.

Segura said knowing what to give – and what to avoid giving – are both important.

“For example, it’s important to avoid items they can’t use, like pillows or cans they can’t open,” Segura said.

Because the homeless are often on the move, Segura said donations must be lightweight and inexpensive.

“Things that are heavy, things that they can’t take with them when moving from one place to another are not a good idea,” Segura said.

“Ponchos are good because a lot of times you see people using trash bags as ponchos,” Segura said adding

“They always need something to dry their feet off with.”

Good shoes can be life savers as well.

“A lot of people slipped on the ice during the freeze because it’s not something we are used to dealing with, so sturdy boots are good,” Segura said.

"We're getting a lot of hats and gloves, those are important. You lose a lot of heat through the top of your head," Segura said.

Sock donations, she said, are vital for many reasons.

"They can be used as emergency gloves," Segura said.

Adding that because people who are homeless are without laundry facilities, socks are often thrown away after they are worn for days straight.

Segura also collects re-usable shopping bags for her homeless neighbors because she says “they can carry their belongings and not have things falling everywhere.”

With regard to her own home, Segura said pitching a tent inside is a bright and warm idea.

“I live in an old house without insulation so if the power goes out, it is very cold,” Segura said.

"If you have four people, get a four person tent and if you clear out the living room you will be warmer in a smaller space."

Segura says solar powered chargers are a must.

"I have five solar battery packs to charge phones and you can easily charge two phones at once. Almost everything is USB chargeable now."

Segura said one of her most prized possessions during the big freeze turned out to be a battery powered headlight.

"That was my only source of light and it’s important because it keeps you from tripping in the dark. When you are stressed it’s easy to make mistakes,” she said.

Inverters that can be used with a vehicle to charge cell phones and other electronics are vital, Segura said.

She added that she has several car batteries at her home that she keeps charged for emergencies.

“Prepackaged foods that you don’t have to cook that have protein are good too,” Segura said.

When times are really bleak, Segura said she used a free app on her phone to monitor police radio transmissions.

“It can power two laptops or four phones from one charge.”

Many of the items she has collected over the past few months have come from local discount stores, while others have been ordered online.

Segura said shopping smart now is a good way to be warm, no matter what challenges the weather or the power grid deliver this winter. 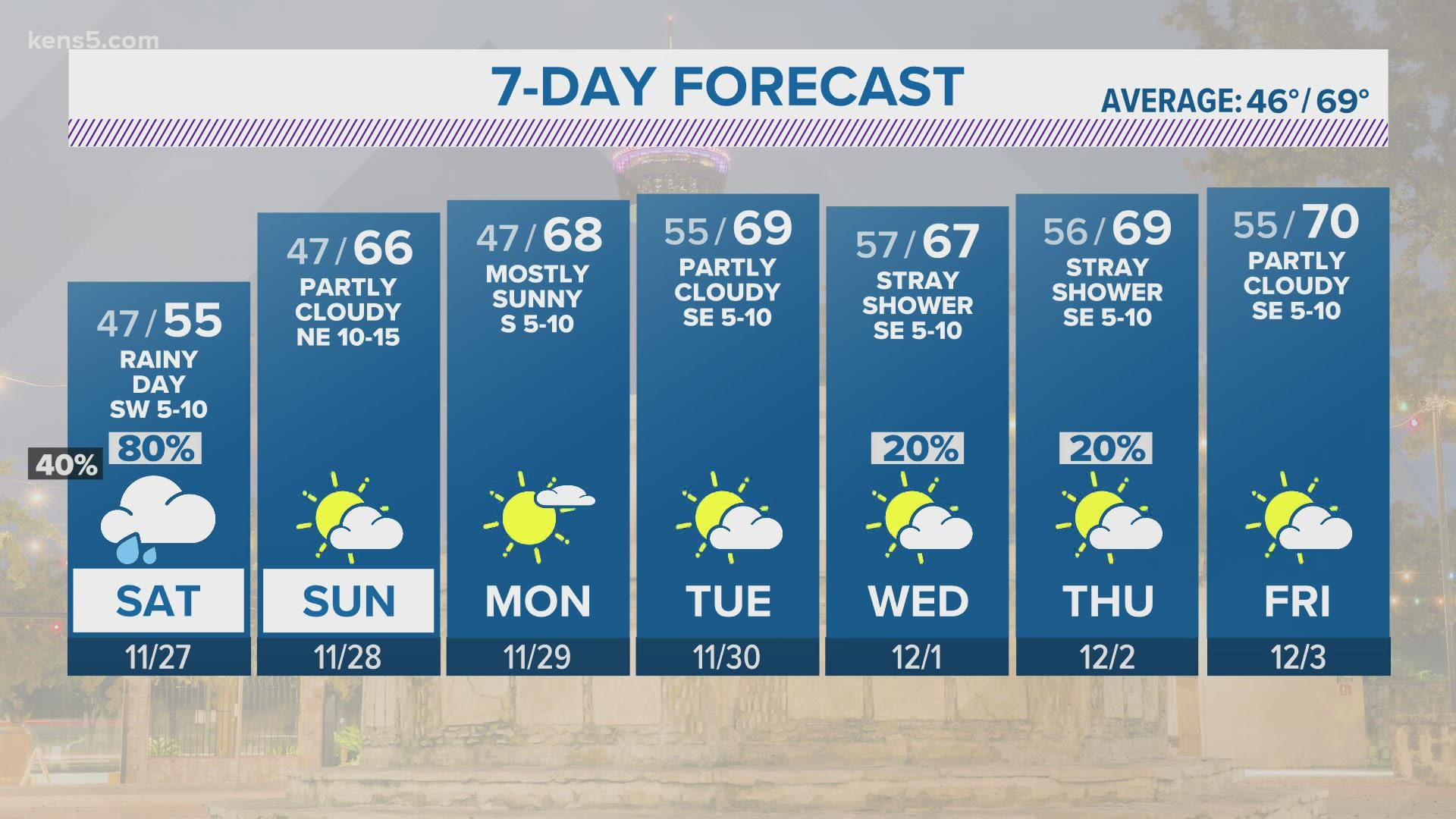 Wet Saturday ahead but drier start to next week