Neighbors come to rescue during deadly flooding in Dickinson

There are 20,000 people in the town of Dickinson in Galveston County, where disaster started early and at least two people died. 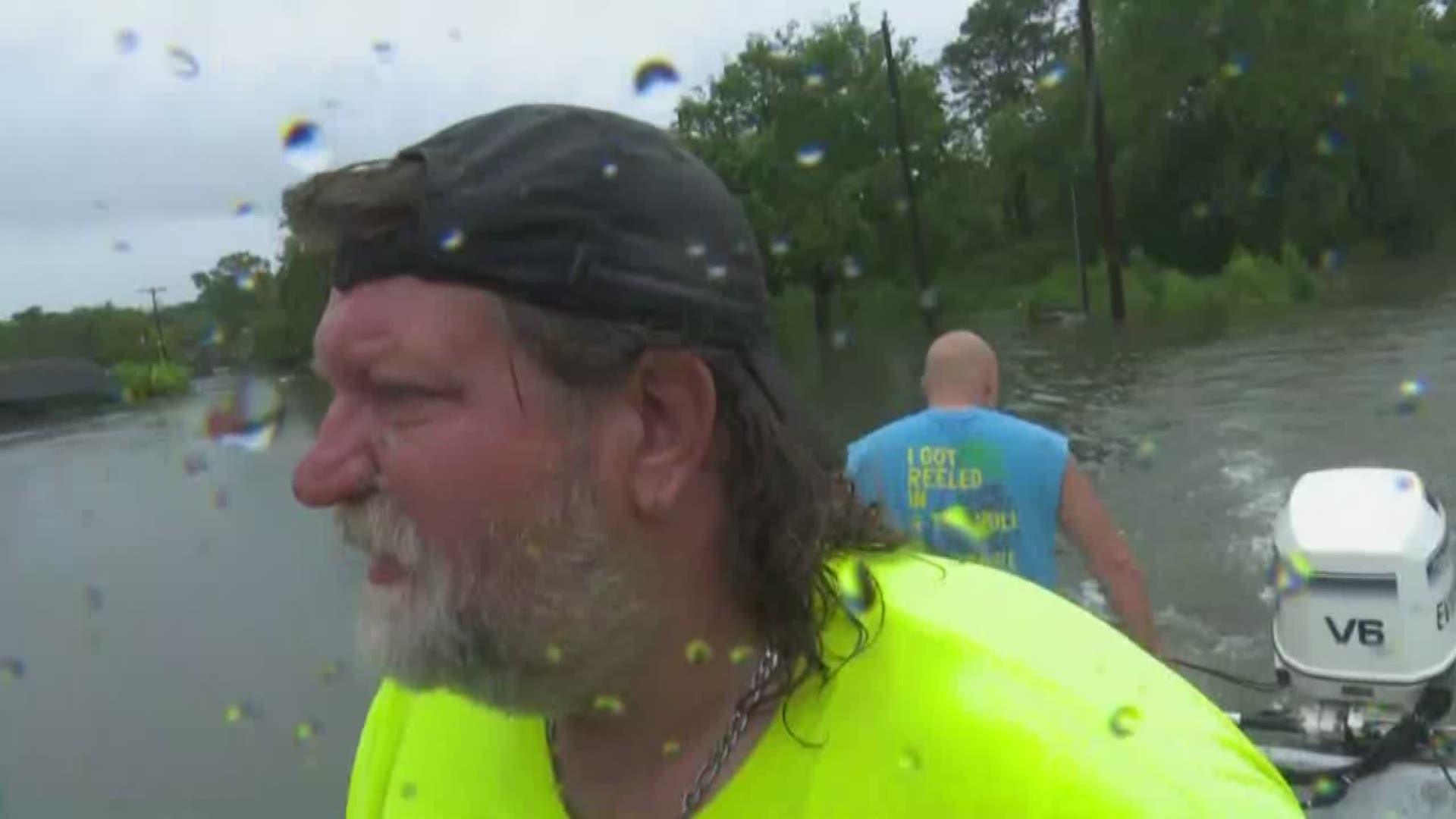 There are 20,000 people in the town of Dickinson in Galveston County, where disaster started early and at least two people died.

Among those rescued, Karen Cheek’s invalid aunt was taken to the nearest hospital as fast as they could fly.

Many people were rescued from water as high as six feet deep by their own neighbors. By the dozen, boaters from surrounding communities put their own boats in the water to help.

They brought flood survivors to the one part of I-45 in Dickinson still above water.

"If it was my family I would want somebody getting them out," said Aaron Williams, a tow truck driver turned rescuer. "Right now, we can’t tow cars. [It's] more important to get the people out.”

Along with their animals and waterlogged belongings, flood survivors boarded buses that transported them a shelter farther south in Texas City.

“Look around and see how the people are," said Lawrence Graham, who carried his Chihuahua in his T-shirt. "We got to come together as a family as one.”