It will be a cloudy morning then partly cloudy and hot with a high of 92° and a heat index in the mid-’90s. 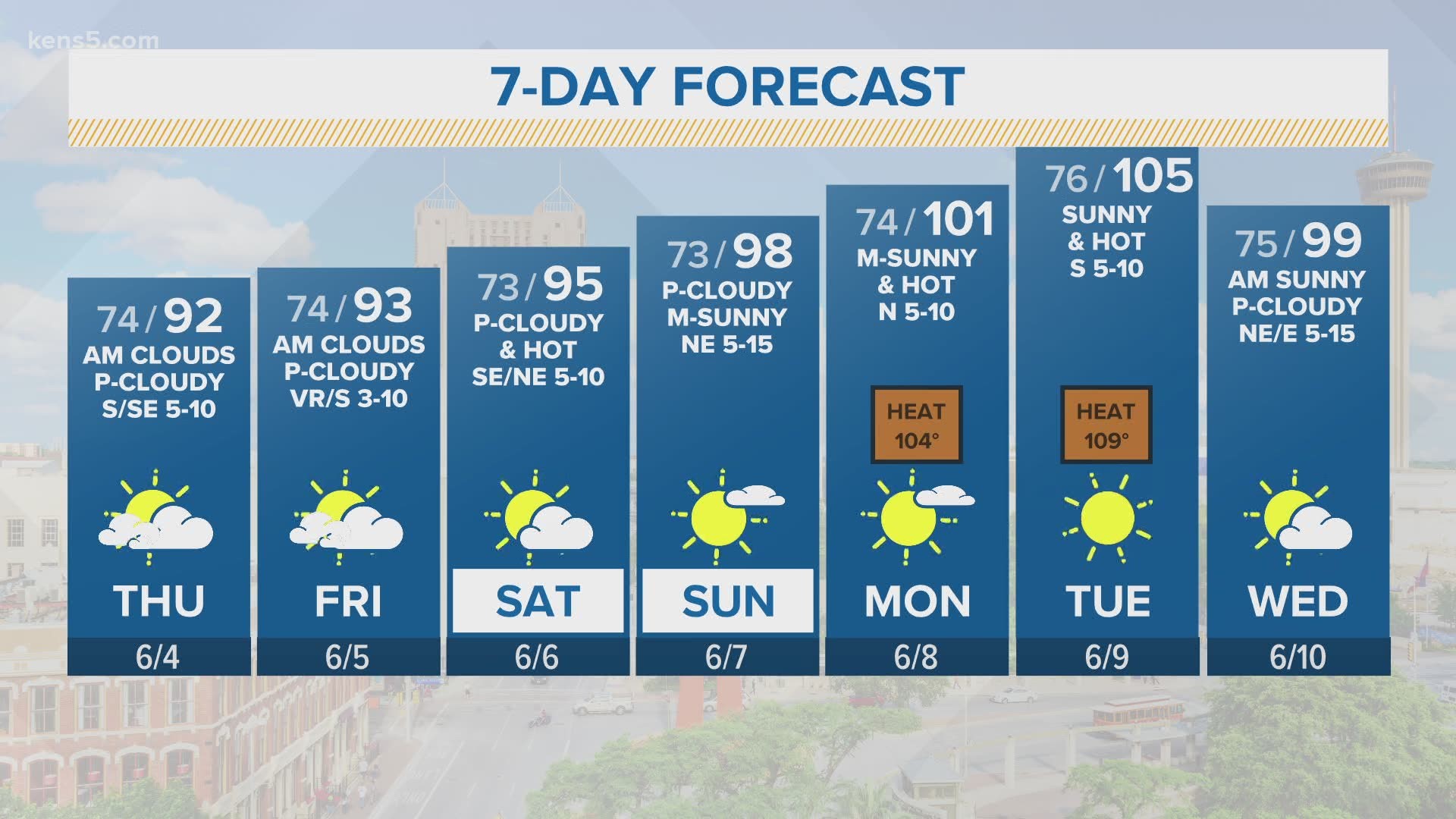 SAN ANTONIO — It will be a cloudy morning then partly cloudy and hot with a high of 92° and a heat index in the mid-’90s.

The rest of the week an upper high builds, giving us partly cloudy to mostly sunny skies and hot temps into the weekend and next week.

Tropical Storm Cristobal is weakening this morning over the Yucatan peninsula.

Cristobal will likely be downgraded to a depression later today and will move little.

Cristobal will start a move back to the north over the Gulf Friday and should once again strengthen back to a Tropical Storm, and should make landfall along the Louisiana coast Sunday night or Monday morning.

If Cristobal follows the forecast track, our high temps will be close to records Sunday through Wednesday of next week. We're expecting 101° Monday and 105° Tuesday, due to subsidence around the storm.