Snow in SA? Chance for wintry weather in the forecast Sunday into Monday

The forecast from Sunday into Monday next week is looking very interesting, according to KENS 5 Meteorologist Paul Mireles. 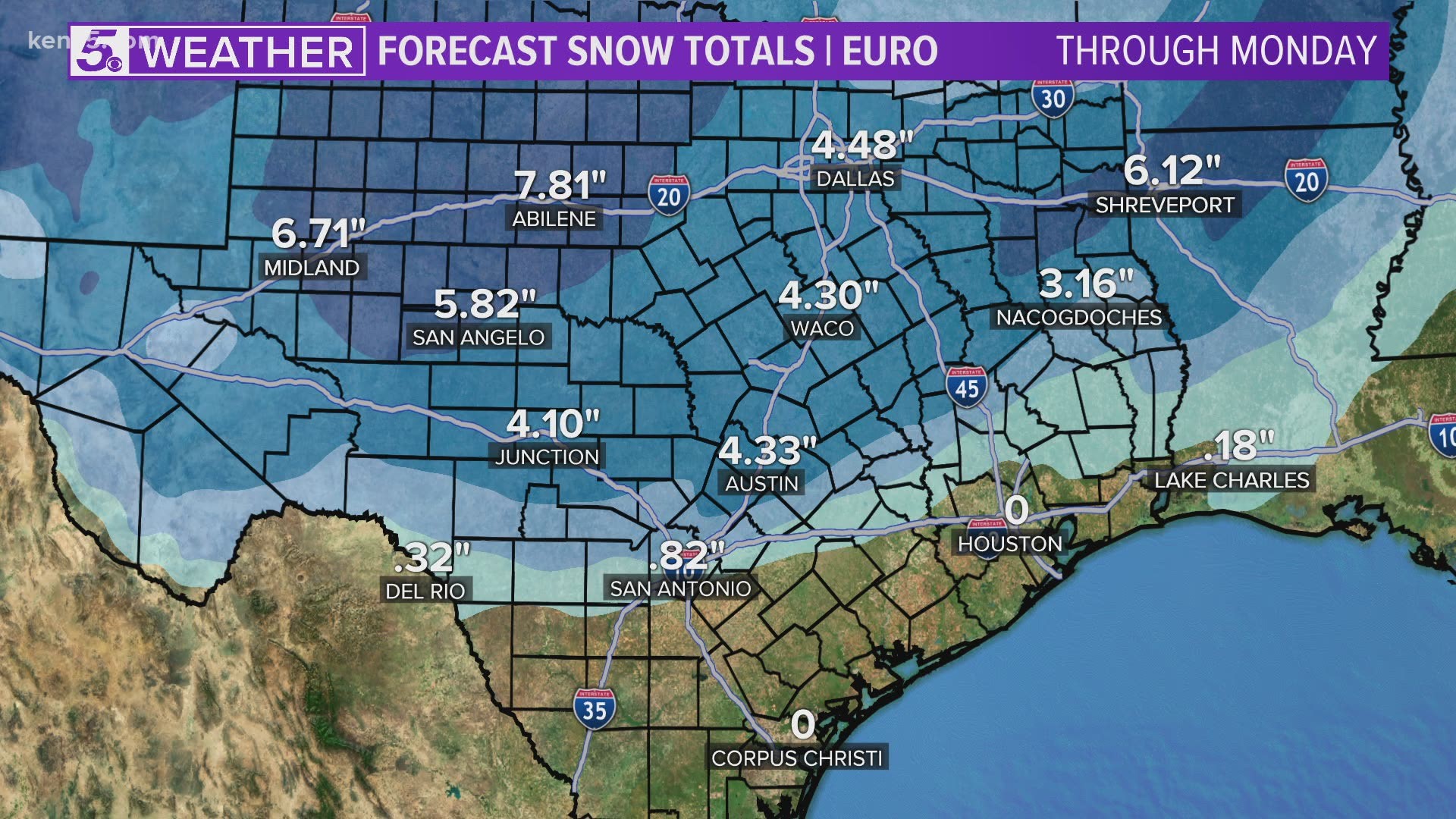 SAN ANTONIO — While temperatures are set to drop Tuesday afternoon, an even bigger drop in temperatures is expected late Sunday and early Monday. And people in the San Antonio area and the Hill County could see snow, according to KENS 5 Meteorologist Paul Mireles.

Frigid air across the country is moving slowly southward toward south Texas. Tuesday afternoon and evening, a very slow-moving air mass will put a chill on the warmer-than-average temperatures we have enjoyed lately. Temperatures for the rest of the week will be much cooler. With highs in the 40’s with chances for showers.

The weather gets more interesting on Valentine's Day and Presidents Day as even colder moves into south Texas. Computer models are in agreement that even colder air will move into the area, the question is how cold. Right now, it looks like lows in the mid-20s with highs in the mid-30s. Temps in the Hill Country could be below freezing for 24 to 36 hours. Don’t forget pets, plants, pipes, and people. As always, it’s a matter of timing, but at the same time that the coldest air arrives, an upper-level disturbance will give us a chance for snow and sleet Sunday night into Monday. This is a long-range forecast so conditions could change but prepare for wind chills possibly near 20 degrees and some type of frozen precipitation late weekend and early next week.

San Antonians may remember a major snowfall a few years ago on December 7, 2017. Most of the city was covered in white in a once-in-a-while snow event. See pictures and video from the snowfall below:

1 / 36
We received dozens of gorgeous #KENS5Eyewitness photos of the snow in San Antonio!&nbsp;