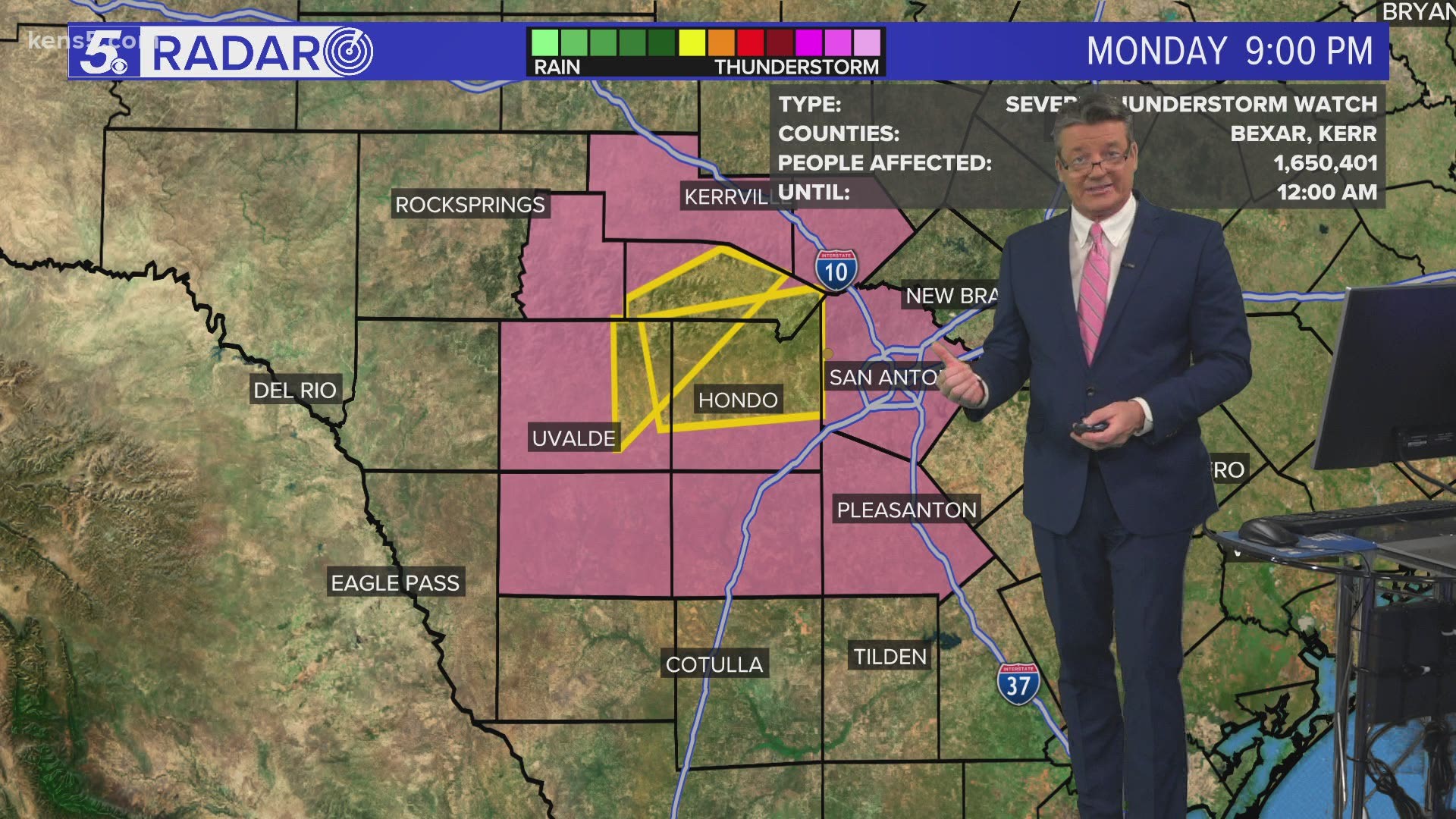 SAN ANTONIO — A stalled front will help produce a few more rounds of showers and scattered thunderstorms Tuesday and into Wednesday.

There will be an assist by a few upper air disturbances, but nothing significant enough to produce severe weather. The Severe Prediction Center has all of Southcentral Texas in a Level 1 risk for a severe storm Tuesday.

And any leftover showers or storms that develop Wednesday aren’t expected to reach severe at all. then after quieting down Thursday and Friday, another pair of upper-level disturbances will move in over the weekend.

This brings rain chances back into the forecast over the weekend. So between now and next Monday, the 7-day rain forecast is upwards of 1-2” inches in San Antonio and the metro, with areas west of SA going upwards of 3-3.5”

Storms moved through south Texas throughout Monday evening into the late night. A Severe Thunderstorm Watch remained in effect for Bexar and surrounding counties until midnight as showers roll into the San Antonio area late Monday. The storm remained severe through Medina County and Hondo but collapsed on itself as it crossed into Bexar County.

A Severe Thunderstorm Warning was in effect for portions of Bandera, Medina, and Uvalde counties, but expired as of 10:45 p.m. Monday night.

A Severe Thunderstorm Warning was in effect for Bandera and Uvalde counties until 10 p.m. Monday night.

The Tornado Warning for southeastern Kinney and west-central Uvalde counties has been lifted, as of 8:47 p.m.

Large hail the primary risk and damaging winds are possible throughout South Texas in the storms expected Monday afternoon and evening. The main risk area is primarily west of Highway 281.

Areas west of Bexar County are now under a severe thunderstorm watch until 10 p.m. Strong to severe storms will be possible this afternoon and into tonight with large hail and damaging winds being the main threat. #TXwx #KENS5Eyewitness pic.twitter.com/Uc4aaEy1Tz

The risk for very large hail has increased across our western counties for today. Storms could develop over the Edwards Plateau as early as 1pm with coverage increasing this evening. Have multiple ways to receive warnings today and be weather aware! pic.twitter.com/HJKCIDzESn 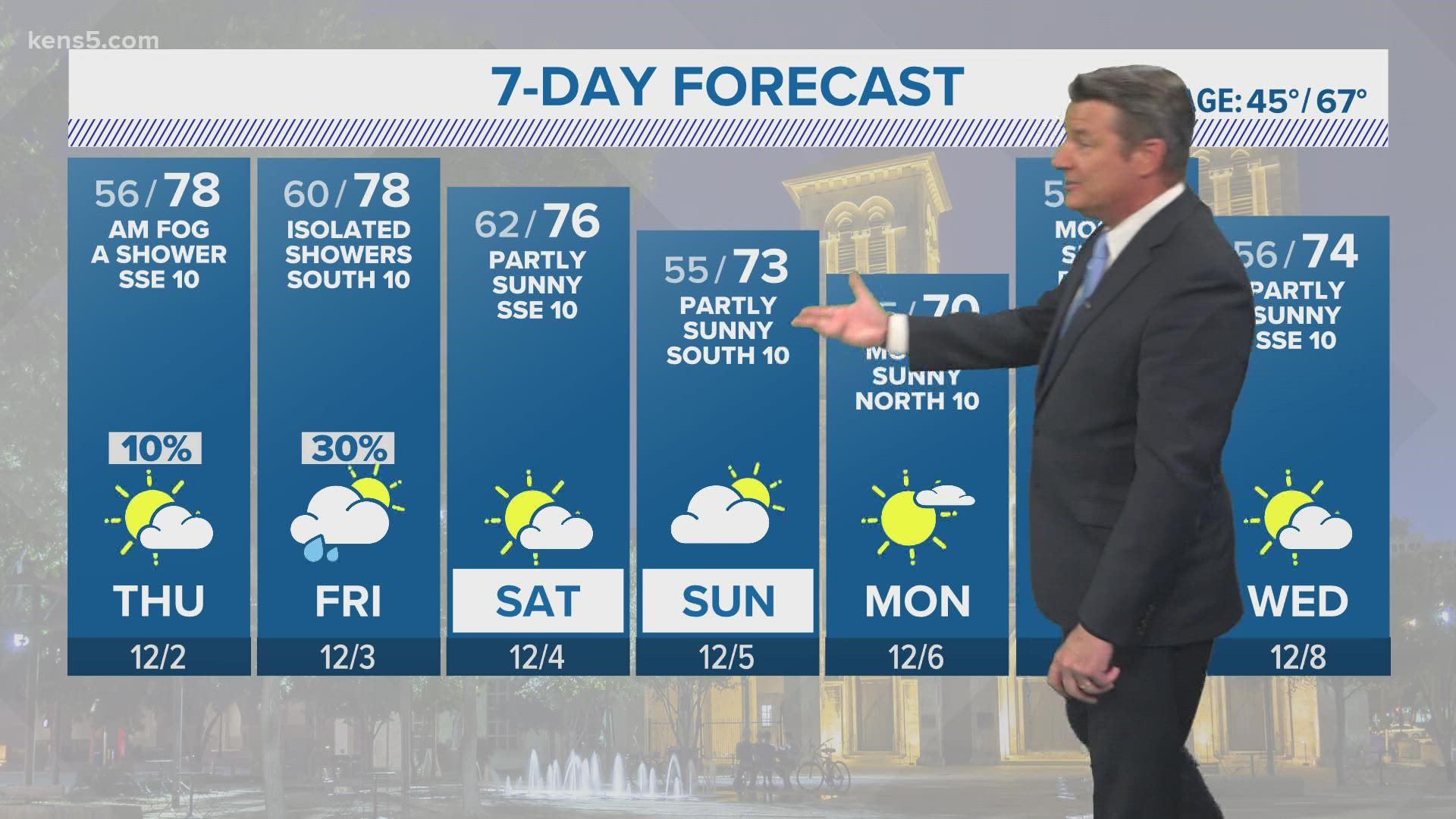