171 counties in Texas under a burn ban

It has been a drier past few weeks, but thankfully we have some chances for rain this week. 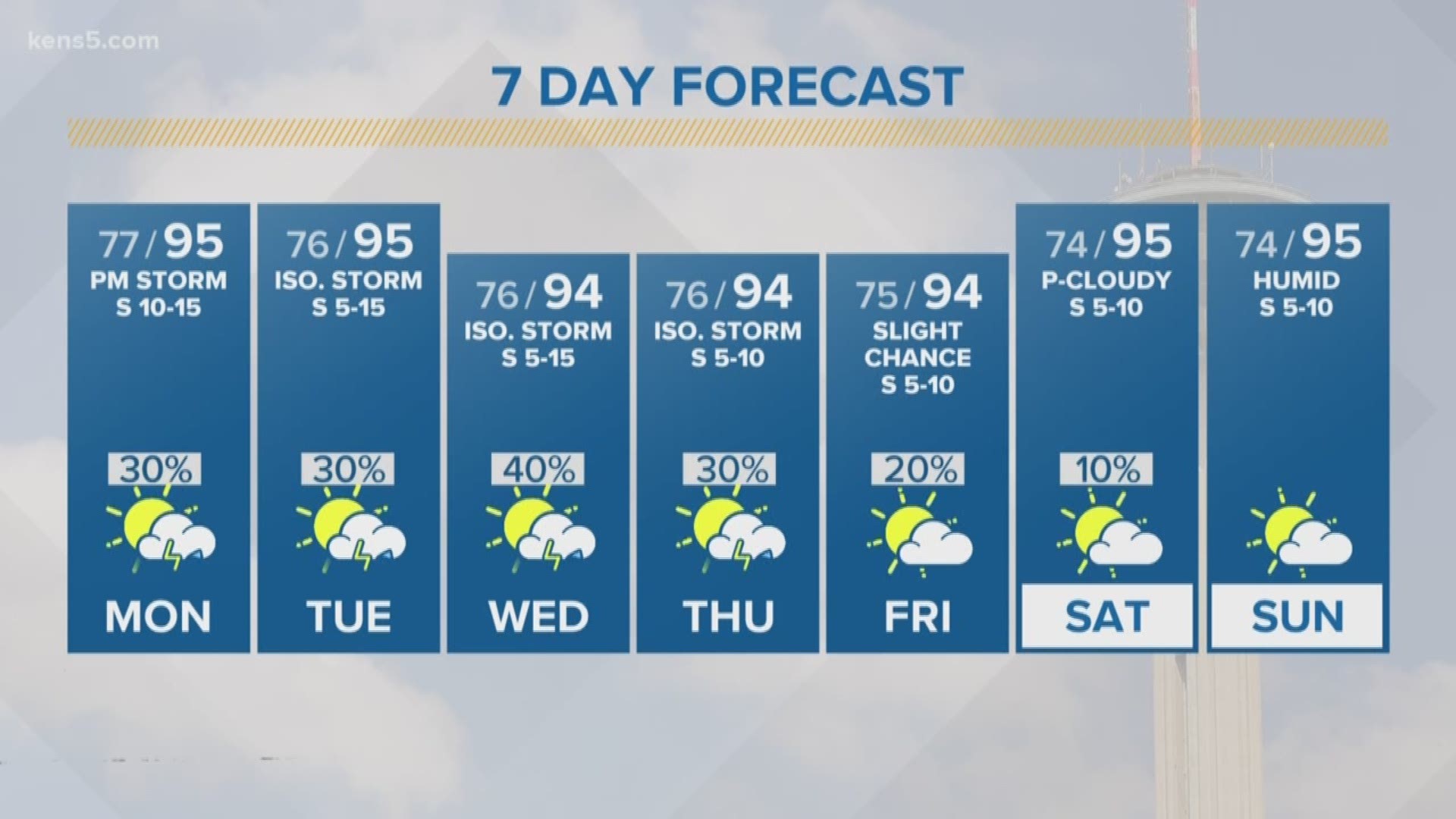 SAN ANTONIO — The drier weather we have had in the past few weeks has led to burn bans across the KENS 5 viewing area, with the exception of McMullen County.

According to the Texas A&M Forest Service, as of Tuesday, 171 out of the 254 counties in the Lone Star state were under a burn ban. So, it is not just South-Central Texas that has been struggling with these drier conditions.

Here in our region rain chances aren't going to be the highest this week, but at least we will have a chance to see a few showers.

For Tuesday through Thursday, we have a 30% to 40% chance for rain each day with just a few spotty showers and storms occurring in the afternoon hours. By the time we move into Friday and the weekend, our rain chances will start to slim, down to a 10%-20% chance.

Unfortunately, with rain chances so low some of us will make it through the next seven days without seeing a drop of rainfall and those that do see rain, it doesn't look like it will be much.

All of the region is expected to see less than an inch of rainfall for the next week, when in reality, we really need a drought-busting rainfall to help out with our dry conditions.

The 8 to 14-day probability of rainfall forecast doesn't show much relief either with only average amounts of rainfall possible for the region when we really need above-average rainfall.

The most recent drought monitor came out on Thursday and it shows at least a moderate drought for nearly the entire region with some spots slipping into severe to extreme drought.

Credit: KENS 5
Drought-busting rainfall needed, but not much rain in the forecast.

Without any heavy rainfall in the forecast, the drought conditions will likely worsen, which will show in the next updated drought monitor that is released on Thursday.

Shooting in the parking lot of northwest side Walmart

Man in critical condition after being hit by car overnight

La Vernia ISD takes no action, yet, in meeting to decide the fate of superintendent