Woman says pothole on San Antonio highway caused her to wreck, and insurance won't pay up

State laws prohibit TXDOT from spending tax dollars to repair vehicle damage caused by highway conditions. However, you can file an online claim. 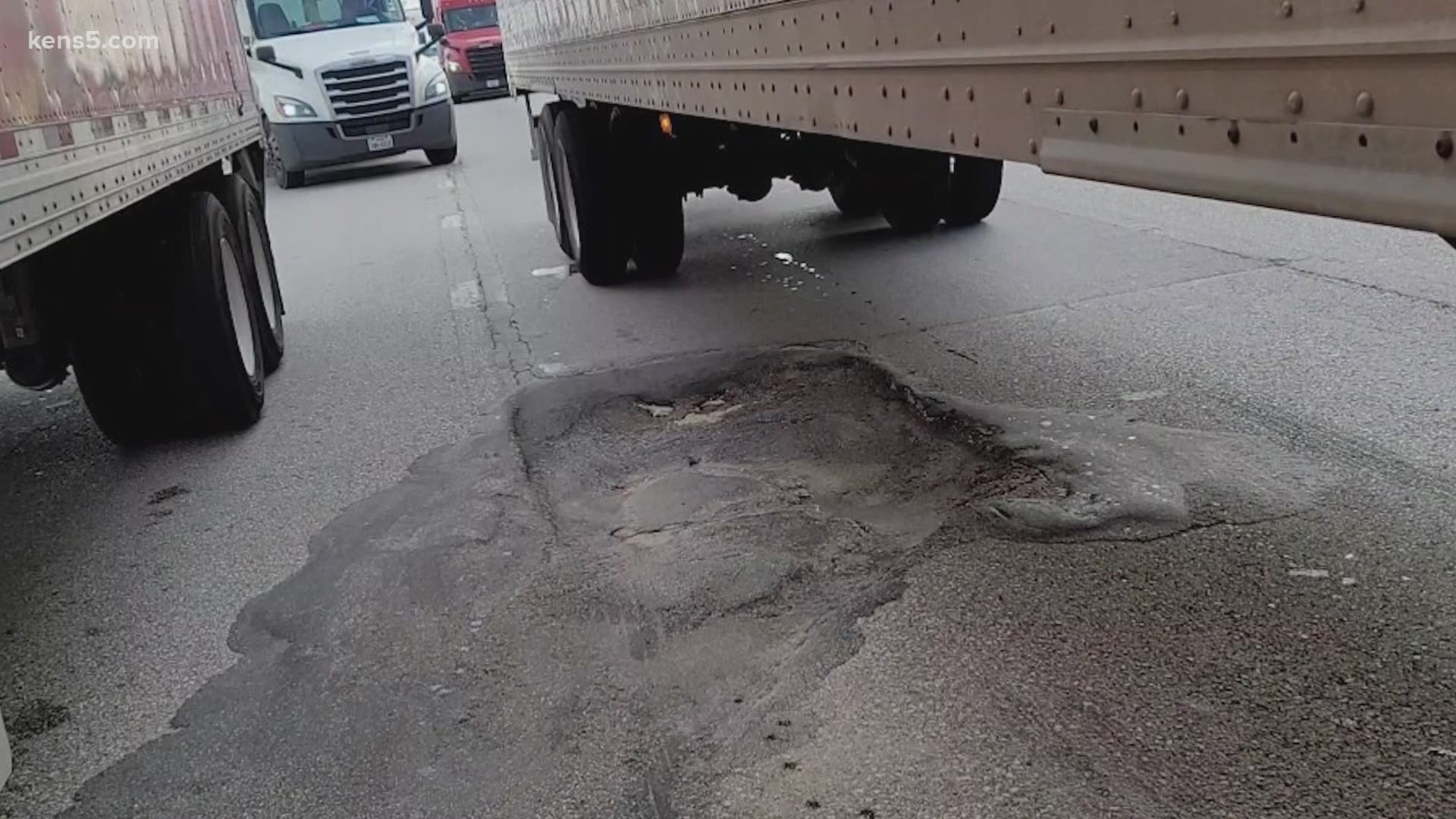 SAN ANTONIO — Vanessa Huizar depends on her truck to make a living, but she never imagined she’d have to go without.

“I was heading towards Luling, driving in 8 a.m. traffic making a lane change,” Huizar said.

She says a huge pothole located at the Loop 410 and I-35 Interchange on the northeast side of town came out of nowhere, and she wasn’t able to avoid it.

“The pothole ended up breaking my rim and basically sent me out of control,” Huizar said.

While spinning out of control she says her truck ended up hitting another vehicle. Luckily neither driver suffered broken bones, but the pain is lingering for Huizar.

“I hit my head very hard on the steering wheel to the point where I now have a constant headache that doesn’t go away,” she said.

“They’re saying it’s my fault. It’s my fault for not avoiding a pothole that’s on there. Could you have stopped? I’m just like, 'no I can’t stop on an expressway,'” Huizar said.

The Texas Department of Transportation says they’ve received reports of potholes in that area of time, but aren’t aware of this particular situation.

“It can be quite a nightmare,” Firestone Manager Tony Rossito said.

“There’s lot of negative effects that can come from a pothole. From bulging, to popped tires, bent wheels and we’ve seen some steering and suspension problems,” Rossito said.

Vanessa says someone needs to take some accountability for what happened.

“It’s not just a pothole. It’s not just 'we’ll fix it later.' It’s more like fix it or it could be detrimental to the person that hits it,” Huizar said.

State laws prohibit TXDOT from spending tax dollars to repair vehicle damage caused by highway conditions. However, if you feel like the highway conditions are to blame for other damage you can file a claim here.