SAN ANTONIO - 23 minutes: That's how long the average commute in San Antonio takes each way, according to the Texas Department of Transportation. 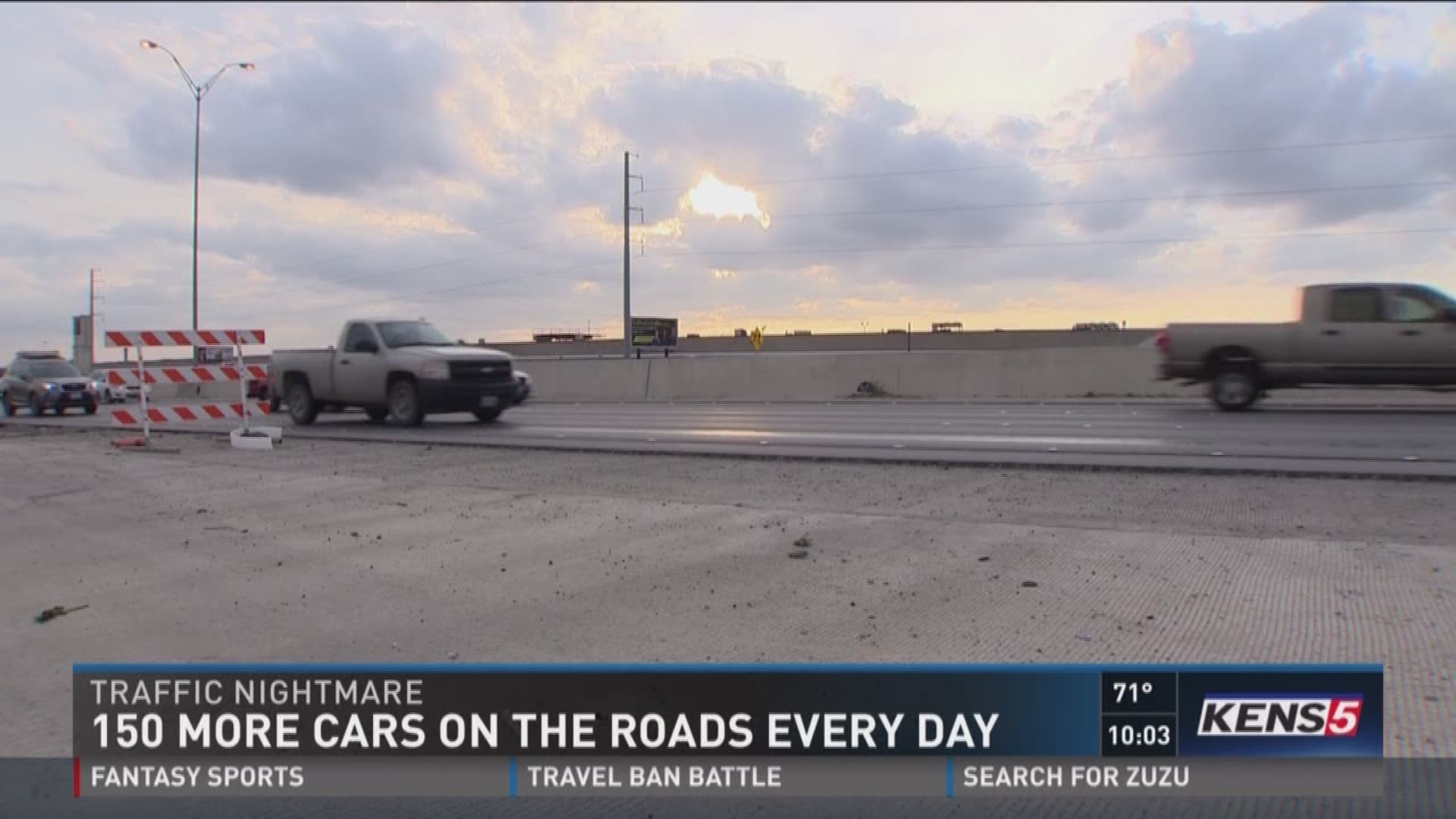 SAN ANTONIO - 23 minutes: That's how long the average commute in San Antonio takes each way, according to the Texas Department of Transportation.

If it seems like your commute is getting longer, it's probably because it is.

Every day, 150 new cars are registered in our area, according to the San Antonio Mobility Coalition. That includes Bexar, Comal and Guadalupe counties, as well as the City of Boerne.

"It definitely means communte times are going to increase," said Linda Vela, a spokeswoman for the Alamo Area Metropolitan Planning Organization, or MPO. "We're going from not much congestion at all, to a picture that looks a lot more like Houston and Dallas."

The MPO is in charge of planning for future growth in the San Antonio area, as well as deciding how money is spent on roads.

By 2040, our population is reportedly expected to double thanks to a healthy local economy.

In preparation for that, the MPO has already set aside $17.6 billion to keep up.

However, the San Antonio metro area is already behind.

TxDOT said S.A.-area roads are handling 60 percent more cars than they were built for. It would take $5 billion to build an infrastructure that could handle existing traffic. Most of that money would go toward finishing construction on I-35 between Windcrest and New Braunfels.

Comal and Guadalupe Counties are also behind. Vela said many of the roads in those counties are rural and are not meant to handle urban traffic.

At the same time, those counties are seeing the biggest growth in the entire area.

The MPO has another $26 billion worth of projects that are needed to keep up with all the new cars, but doesn't know where the money to fund those is going to come from. Many experts agree that could eventually mean tolls.

Josh Donat, a spokesman for TxDOT in San Antonio, said a major expansion of Loop 1604 is already in the works for 2020. The $882 million plan calls for the addition of two lanes of traffic in each direction and the improvement of the Loop 1604 and I-10 interchange.

“As we move forward, it's not going to be how can we stay out of congestion,” said Vela. “It's going to be a conversation about how we make sure our congestion doesn't become unbearable.”

With so much money at stake, the MPO is requesting the public’s help in deciding which traffic projects are most important to them. Starting on Feb. 9, drivers will be able to weigh in through an online poll. The MPO hopes people who live and work in Bexar, Comal, Guadalupe and Kendall Counties will weigh in. The survey will be available in both English and Spanish.