Tractor trailer fire causing delays on I-35 in Comal County

Expect delays of up to two hours while crews work to clear the scene, according to the Comal County Sheriff's Office. 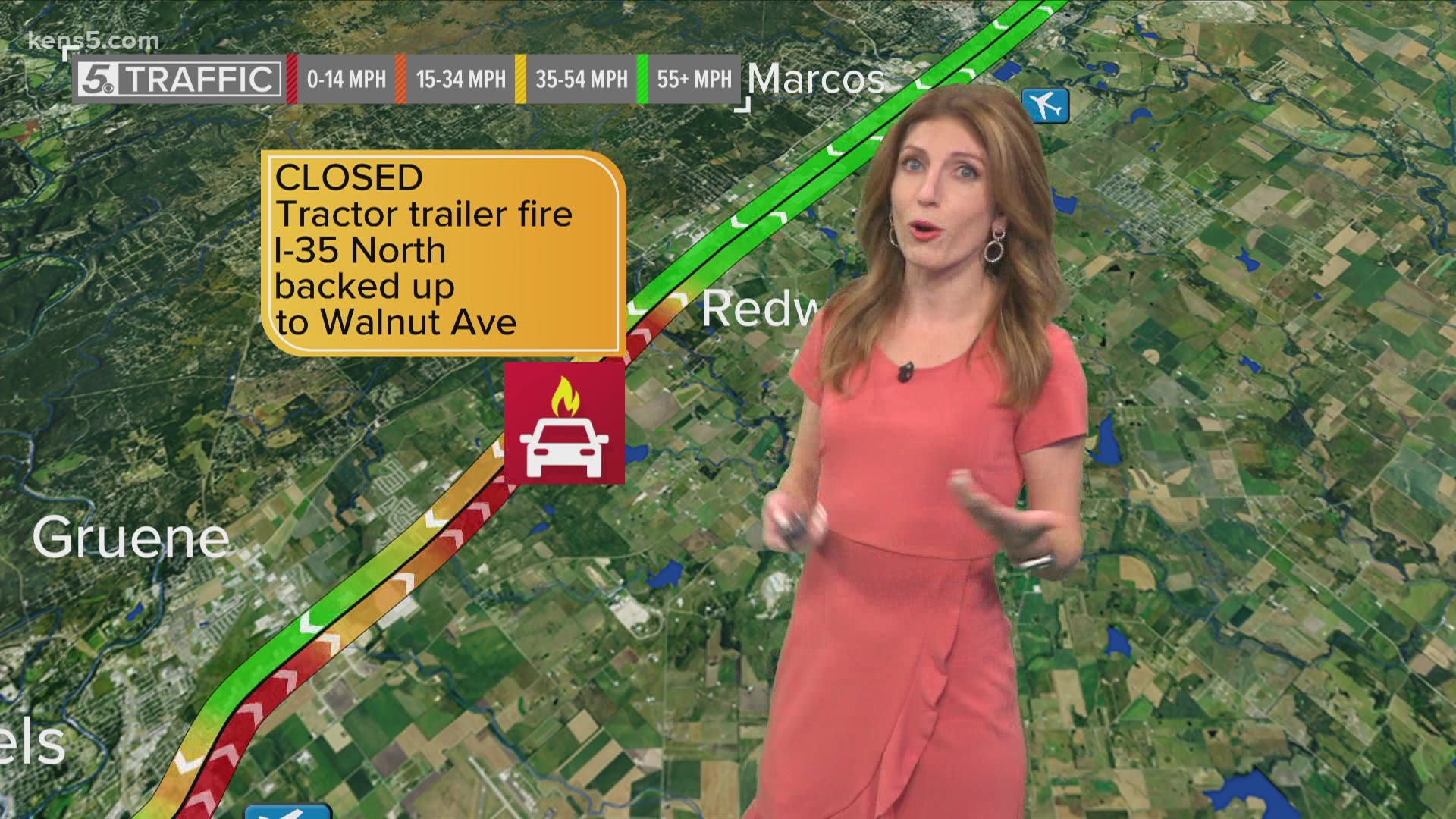 COMAL COUNTY, Texas — Traffic is backed up on I-35 northeast of New Braunfels where a tractor trailer caught fire – and it's expected to be that way for several hours.

According to the Comal County Sheriff's Office, the problem was reported at 1:37 p.m. Thursday in the northbound lanes between Watson Lane (Exit 195) and FM-1102 (Exit 196).

Traffic has been congested all the way to the exit for Texas Highway 46 (Exit 189). If you are traveling from the San Antonio area and are trying to avoid the area, an alternate route is to take I-10 eastbound to Texas Highway 130 northbound.

Units from the New Braunfels Fire Department responded to the fire. Authorities said there do not appear to be any injuries.

The Department of Public Safety is investigating.