I-35, Austin Hwy, and Loop 410 are notorious for congestion and crashes. A change to Cowboys Dancehall could change all that. 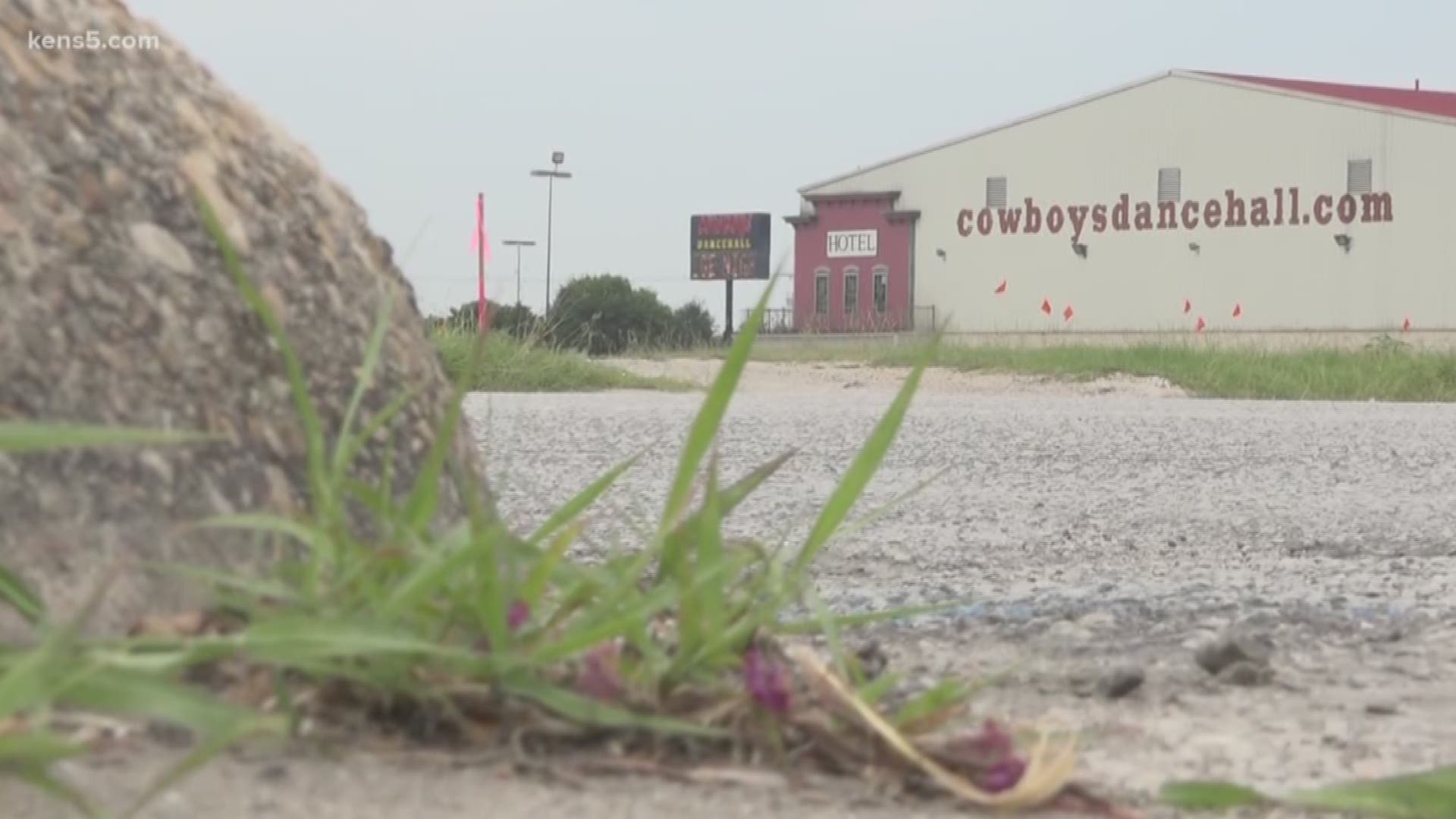 SAN ANTONIO — Even when a honky-tonk hall is closed, a different type of "honk" fills the air.

Traffic - and a lot of it - surrounds Cowboys Dancehall. The 16-acre property sits between Austin Highway, I-35, and the 410 Loop. I-35 is notorious for congestion and crashes during rush hour, but a change to the iconic San Antonio dance hall could change all that.

"It's definitely an issue. We are aware of it," said Laura Lopez of TxDOT. "We know it will continue to grow. We do have plans to expand that area."

Those expansion plans have been in the works since 2013. Tuesday, they moved one step forward during the County Commissioners Court. Details were presented on the state of Texas lawsuit aimed at taking over 2.5 acres from Cowboys Dance Hall through eminent domain.

"We do need to buy land for the project," Lopez said. "There will be a right of way acquired for this project. So that is expected with any expansion project we do."

The iconic dance hall expects to remain in operation; they're even planning to open another club on the property in the fall. A representative from Cowboys Dancehall said the land sought is the untouched field next to the building.

An overpass would be built over the property that is not expected to affect operations, said the representative.

The changes are just a small part of the I-35 expansion project, which begins construction in 2021. It will stretch from 410 South to FM 1103 near Cibolo.

"We are building elevated lanes with an HOV lane in each direction," explained Lopez. "We do have some areas in the project that are going to be ground level, so we do need to acquire right of way for some of those expansions that we are making."

TxDOT said they haven't officially acquired right of ways yet. There will be an open house in August to discuss those changes.