Texas DPS state troopers were at the scene of an accident on FM 105 near Turning Point Church in Vidor. 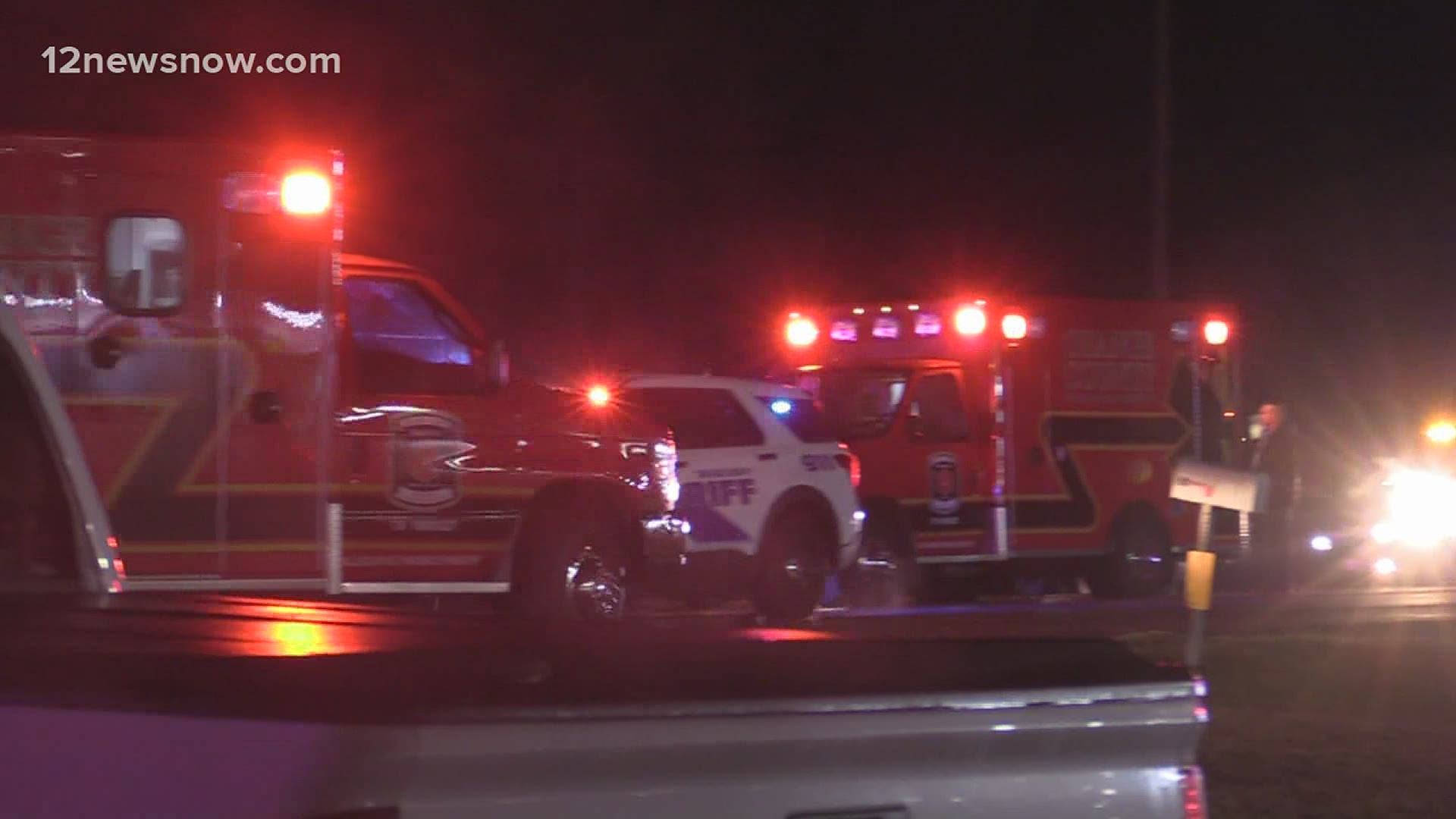 VIDOR, Texas — A 4-year-old girl was airlifted to a Houston hospital after a car accident that also injured her mother and brother, Texas DPS state troopers said.

Both directions of FM 105 are closed as of 10 p.m. between Spoonmore Road and Lakeview Cutoff while state trooper are investigating the crash.

The accident happened when a Chevrolet sedan pulled out from a convenience store parking lot into the path of an Orange County Sheriff's deputy going northbound on FM 105, according to Texas DPS state troopers investigating the crash.

The deputy was on the way to a call when the crash happened, Davis said. The deputy was unable to avoid the collision, and both cars came to rest in the roadway on FM 105.

The driver of the sedan, Kimmie Chandler, 31, of Vidor and her 7-year-old won were taken in an ambulance to a nearby hospital, and their injuries did not appear to be life-threatening, Davis said.

Chandler's 4-year-old daughter was seriously injured and she was taken in a medical helicopter to the University of Texas Medical Branch in Galveston.

The Orange County Sheriff's Deputy had minor injuries and was also taken to a nearby hospital.

Drivers in the area should be careful and look for stopped or slow-moving cars, Davis said.