Wicked Ways Tattoos is located in the middle of Segment 1. Segment 1 is set to be completed in 2024. 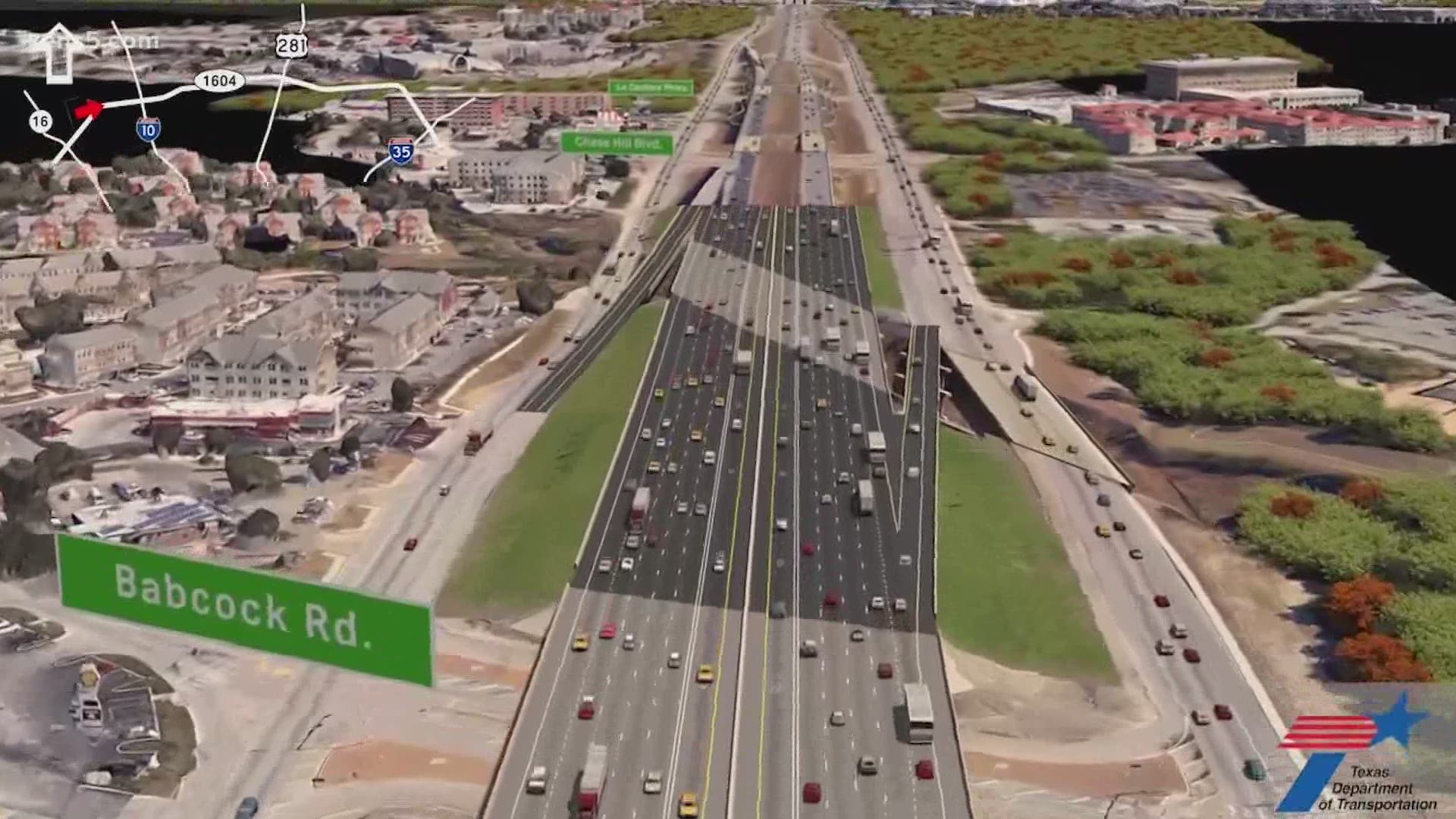 SAN ANTONIO — Construction is now underway for the 1604 Loop North Expansion Project. The project will be done in segments, beginning with Segment 1 on the northwest side from Bandera Road to I-10.

TxDOT is going from the four lanes to ten lanes with hopes of decreasing travel time by as much as 80 minutes, as well as prepare for an increase in travelers on Loop 1604 in the future.

Wicked Ways Tattoos is located in the middle of Segment 1. Owner, Norman Vesik, said they have a strong customer base.

Open since 2015, Vesik said he has about seven employees, and said he and his crew have worked through a lot this year.

"It's bad enough that corona happened and everybody was shut down," Vesik said.

Now, he worries that construction may affect his business.

"I'm sure it's going to be a taxing situation for people to be able to travel and just hope that they're not that inconvenienced, that it deters them, not just in my business, but, you know, every other business," Vesik said.

TxDOT said the project will decrease future travel times by as much as 80 minutes. It will also increase capacity with non-toll general purpose and HOV lanes.

Segment 1 will cost approximately $148 million dollars, and is expected to wrap up in 2024.

The project also includes accommodations for cyclists and pedestrians, as well as other features. Currently, three segments are funded. Segment 2 consists of Loop 1604 and the I-10 interchange. Construction is anticipated to begin in 2022 and cost $291 million. The anticipated completion date is 2027.

Gina Gallegos, San Antonio District Engineer for TxDOT, said the projects are being paid for via a combination of federal and state funds.

"There has been a lot of coordination with our local governments as well as just going ahead and trying to obtain the finances," Gallegos said.

Gallegos said they have conducted individual meetings with stakeholders, informing them about the project as well as any closures. She said they will continue to fill them in on any upcoming closures, as well as notifying the public.

"These businesses where this is being built are going to benefit the most," J. Bruce Bugg, Jr., Chairman of the Texas Transportation Commission, said.

Vesik said despite his business being located in Segment 1, he wasn't notified of any construction, and found out about the project on Monday.

"I think the business owners in the area have every right to know... how are they going to progress? What are the timelines?" Vesik said.

Vesik said he understands the need for infrastructure developments, however, he said his business, as well as other businesses, should have received the plan.

"They're doing this to make traffic better. But in the meantime, what are you going to destroy? What are you going to hurt in the process as business owners? You know, we're not corporate here. It's not like I'm the Valero building over across the way where they employ hundreds of people," Vesik said. "And it doesn't matter. We're looking at depending on people to come to us and make it to us, not just come to work and pull a paycheck."

Although the completion date for all three segments is 2027, TxDOT said they should wrap up sooner.