Astronauts Bob Behnken and Doug Hurley made their way back to earth on Aug. 2, splashing down off the coast of Pensacola. 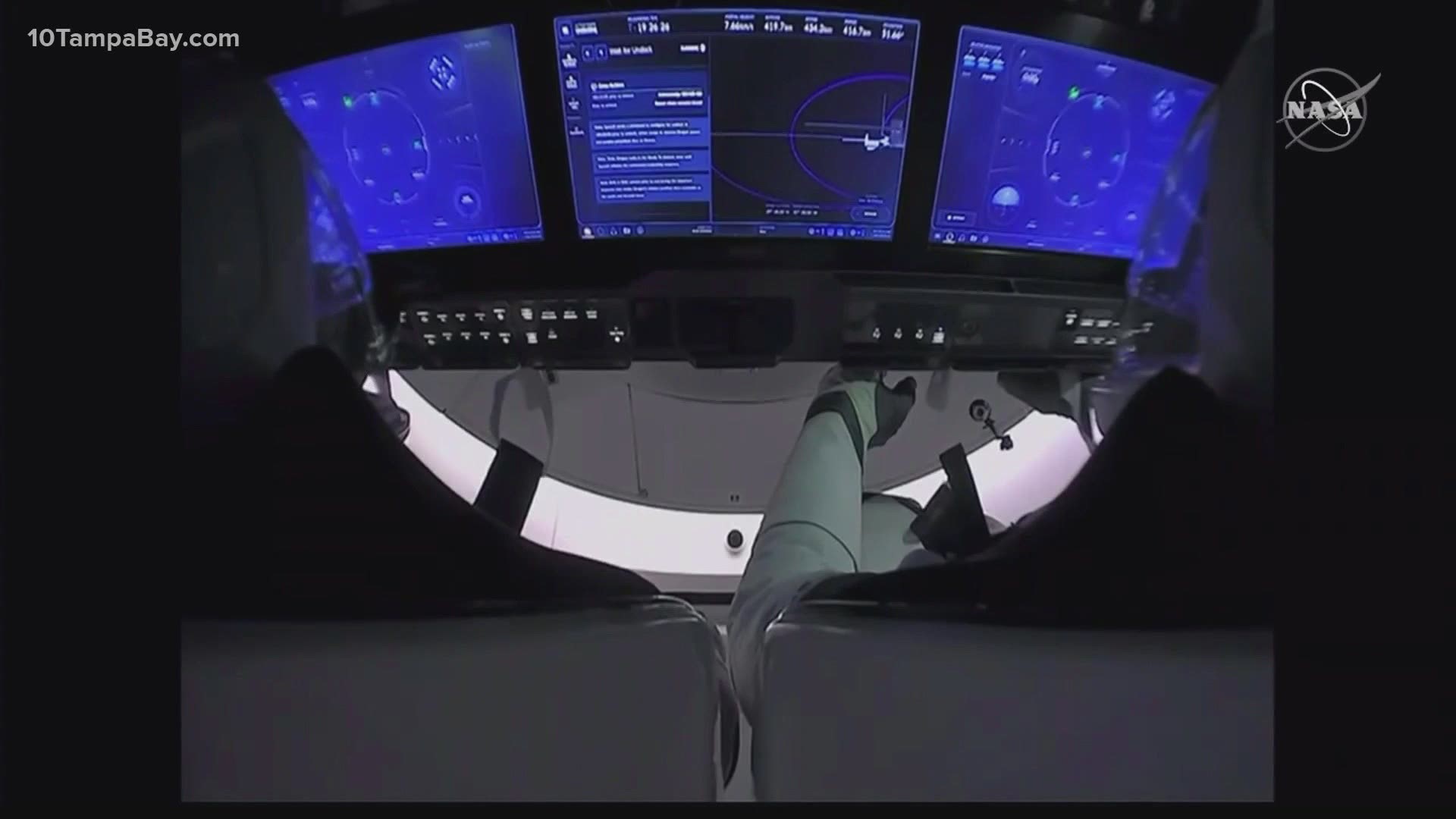 Astronauts Bob Behnken and Doug Hurley did a 19-hour trek back to Earth after successfully undocking Saturday evening from the International Space Station.

NASA met its undocking target of SpaceX's Crew Dragon Endeavour spacecraft and then nailed a historic splashdown around 2:48 p.m. Aug. 2 off the coast of Pensacola, Florida.

The return to earth of Behnken and Hurley was historic for several reasons, including marking a successful end to a mission that was the first time American astronauts launched on American rockets from American soil, as NASA Administrator Jim Bridenstine said.

And, Sunday's splashdown was also the first time in 45 years that the world watched an ocean landing of a spacecraft. The last time was on July 21, 1975, when the crew of the Apollo-Soyuz mission splashed down in the Pacific Ocean off Hawaii.

Both NASA and SpaceX kept a close eye on weather developments around Florida, specifically regarding Tropical Storm Isaias as it neared its east coast.

Credit: AP
The SpaceX Crew Dragon Endeavour spacecraft lands with NASA astronauts Robert Behnken and Douglas Hurley onboard in the Gulf of Mexico off the coast of Pensacola, Fla., Sunday, Aug. 2, 2020. It s the first splashdown in 45 years for NASA astronauts and the first time a private company has ferried people from orbit. (Bill Ingalls/NASA via AP)

WATCH: NASA's coverage of the Crew Dragon's return to Earth

Pensacola was targeted as the primary return location for Crew Dragon because of weather conditions at the other target locations on the east coast.

"If there were a change in potentially the weather over the next several hours we would still be able to have Bob Behnken and Doug Hurley in Earth's orbit and they have enough crew supplies on board that they could stay there until a couple of days. That way we would have an opportunity for the weather to clear or for us to find another splashdown site," NASA Communications' Leah Cheshier said before the return mission.

Besides undocking and splashdown, Behnken and Hurley also hit a number of milestones on their trip home, including a series of burns that put them in place for safe re-entry into earth's atmosphere.

During their 62 days onboard the ISS, both astronauts completed 1,024 Earth orbits, 114 hours of research and saw the arrival and departure of different visiting vehicles.

Credit: AP/NASA/BILL INGALLS
NASA astronauts Robert Behnken, left, and Douglas Hurley are seen inside the SpaceX Crew Dragon Endeavour spacecraft onboard the SpaceX GO Navigator recovery ship shortly after having landed in the Gulf of Mexico off the coast of Pensacola, Fla., Sunday, Aug. 2, 2020. The Demo-2 test flight for NASA's Commercial Crew Program was the first to deliver astronauts to the International Space Station and return them safely to Earth onboard a commercially built and operated spacecraft. Behnken and Hurley returned after spending 64 days in space. (Bill Ingalls/NASA via AP)

And they are off! @AstroBehnken and @Astro_Doug have left the @Space_Station!

The duo talked about their return home from the International Space Station during a live news conference on Friday before undocking.

"We're carefully looking at the weather; getting ready for the undocking, deorbit and landing," NASA Commerical Crew Program Manager Steve Stich said during a briefing Wednesday.

Stich said these are the main things teams are monitoring when it comes to weather: wind speed, wave height, rain, lightning and visibility.

RELATED: It's a long trip from outer space, here is how the Crew Dragon plans to make it

Steve Stich, @Commercial_Crew Program Manager, discusses possible weather constraints we are monitoring for as we prepare for the #LaunchAmerica crew to return to Earth on August 2: pic.twitter.com/XaaozeQgWd

"Bringing a spaceship home...it's a big deal," Reed said. "That sacred honor...making sure we bring Bob and Doug home to their families."

NASA Administrator Jim Bridenstine said all teams were "GO for return" following the flight readiness review, which was done Wednesday.

"Entry, descent and landing are ahead of us," Bridenstine said. "We can't wait to get Bob Behnken and Doug Hurley back to Earth."

RELATED: 2 Tampa Bay area counties are vying to become home of the US Space Force