Google, Amazon and Apple banned the social media applications citing posts that may have played a role in inciting the U.S. Capitol riots. 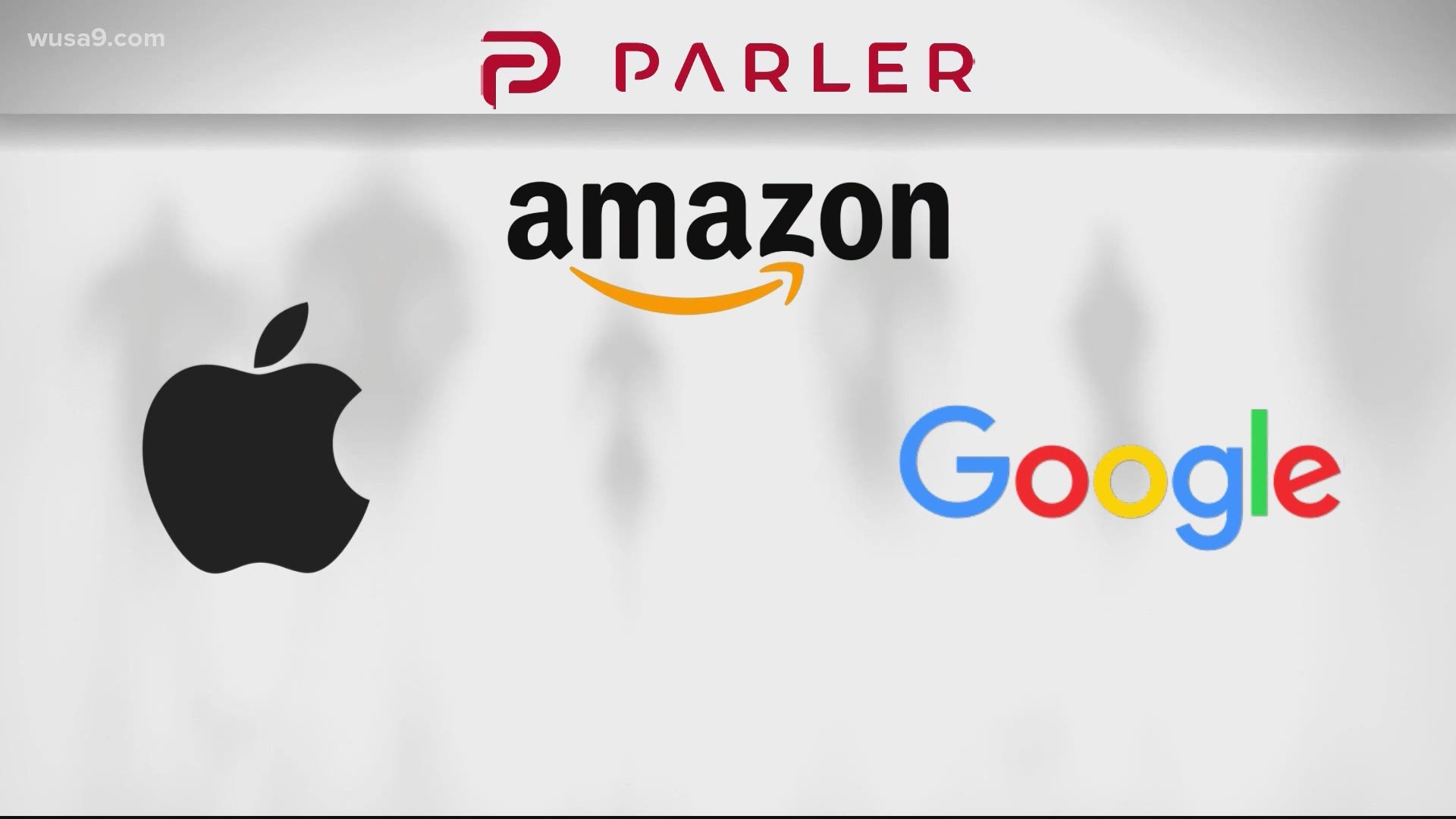 AUSTIN, Texas — After tech giants like Google, Amazon and Apple dropped the social media application Parler from its platforms, Texas Attorney General Ken Paxton is questioning whether their actions were fully legal.

Paxton said Wednesday this his office issued civil investigative demands, or CIDs, to Google, Facebook, Twitter, Amazon Web Services and Apple, asking them for their policies and practices regarding content moderation and, specifically, for information related to Parler.

Paxton claims Big Tech companies like these have "silenced voices in the social media sphere" in recent history. After the riots, both Facebook and Twitter banned the president from posting after he posted unproven and misleading information related to the 2020 election. Paxton called this move "unprecedented."

“First Amendment rights and transparency must be maintained for a free online community to operate and thrive. However, the seemingly coordinated de-platforming of the President of the United States and several leading voices not only chills free speech, it wholly silences those whose speech and political beliefs do not align with leaders of Big Tech companies. Every American should be concerned about this large-scale silencing and the effects it will have on the future of free speech,” said Paxton. “The public deserves the truth about how these companies moderate and possibly eliminate speech they disagree with. I am hopeful that these companies will set aside partisan politics and cooperate with these CIDs in order to get to the bottom of this contention and ensure a truly free online community consistent with the highest American ideals.”

Google was the first to drop Parler over posts on the app that appeared to incite violence at the Capitol. Apple and Amazon followed suit a day later on Saturday.

According to CNBC and The New York Times, some posts on the social network violated Apple's rules against violent and criminal content. Meanwhile, The Washington Post and BuzzFeed News report that Amazon suspended Parler from its web-hosting service for similar reasons.

Google had reportedly suspended Parler from its store on Friday over postings that sought “to incite ongoing violence in the U.S.” The company cited an “ongoing and urgent public safety threat” and said Parler won’t be reinstated until the issues are addressed. Apple gave the platform 24 hours to fix things.

“Parler has not taken adequate measures to address the proliferation of these threats to people’s safety,” an Apple statement says.