The history behind Kwanzaa and what it means for Black Americans

Each day of Kwanzaa is devoted to celebrating the seven basic values of African culture or the “Nguzo Saba” which in Swahili means the seven principles. 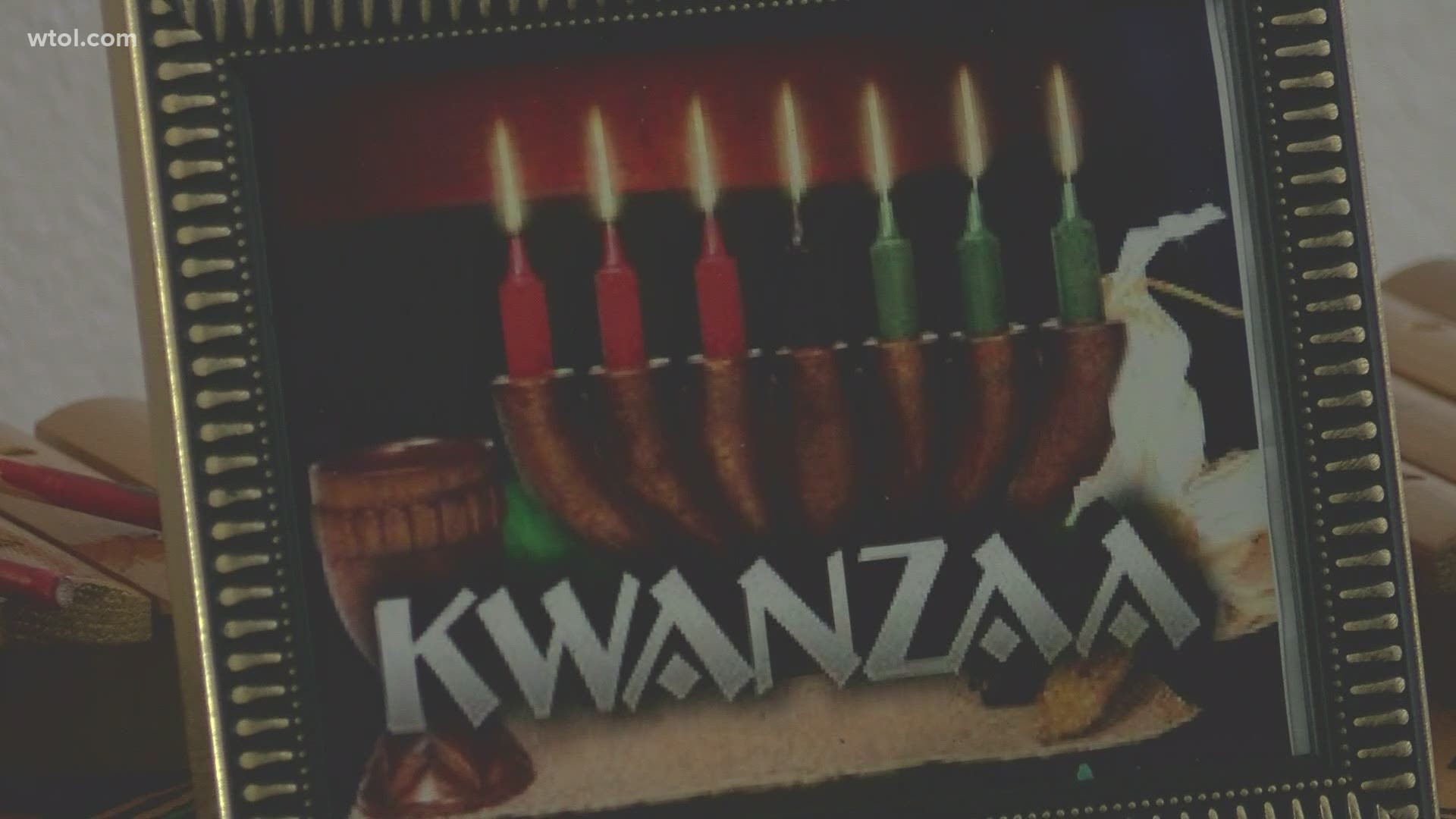 Story from The Conversation by Frank Dobson, Associate Dean of Students, Vanderbilt University

On Dec. 26, millions throughout the world’s African community will start weeklong celebrations of Kwanzaa. There will be daily ceremonies with food, decorations and other cultural objects, such as the kinara, which holds seven candles. At many Kwanzaa ceremonies, there is also African drumming and dancing.

It is a time of communal self-affirmation – when famous Black heroes and heroines, as well as late family members – are celebrated.

As a scholar who has written about racially motivated violence against Blacks, directed Black cultural centers on college campuses and sponsored numerous Kwanzaa celebrations, I understand the importance of this holiday.

For the African-American community, Kwanzaa is not just any “Black holiday.” It is a recognition that knowledge of Black history is worthwhile.

Maulana Karenga, a noted Black American scholar and activist created Kwanzaa in 1966. Its name is derived from the phrase “matunda ya kwanza” which means “first fruits” in Swahili, the most widely spoken African language. However, Kwanzaa, the holiday, did not exist in Africa.

Each day of Kwanzaa is devoted to celebrating the seven basic values of African culture or the “Nguzo Saba” which in Swahili means the seven principles. Translated these are: unity, self-determination, collective work and responsibility, cooperative economics (building Black businesses), purpose, creativity and faith. A candle is lit on each day to celebrate each one of these principles. On the last day, a black candle is lit and gifts are shared.

Today, Kwanzaa is quite popular. It is celebrated widely on college campuses, the U.S. Postal Service issues Kwanzaa stamps, there is at least one municipal park named for it, and there are special Kwanzaa greeting cards.

Kwanzaa was created by Karenga out of the turbulent times of the 1960’s in Los Angeles, following the 1965 Watts riots, when a young African-American was pulled over on suspicions of drunk driving, resulting in an outbreak of violence.

Subsequently, Karenga founded an organization called Us – meaning, Black people – which promoted Black culture. The purpose of the organization was to provide a platform, which would help to rebuild the Watts neighborhood through a strong organization rooted in African culture.

Karenga called its creation an act of cultural discovery, which simply meant that he wished to point African-Americans to greater knowledge of their African heritage and past.

Rooted in the struggles and the gains of the civil rights and Black power movements of the 1950s and 1960s, it was a way of defining a unique Black American identity. As Keith A. Mayes, a scholar of African-American history, notes in his book, “For Black power activists, Kwanzaa was just as important as the Civil Rights Act of 1964. Kwanzaa was their answer to what they understood as the ubiquity of white cultural practices that oppressed them as thoroughly as had Jim Crow laws.”

Today is the first day of Kwanzaa, a seven-day African American and Pan-African holiday founded by Maulana Ron Karenga in 1966 that celebrates history, values, family, community, and culture.

Today, the holiday has come to occupy a central role, not only in the U.S. but also in the global African diaspora.

It brings together the Black community not on the basis of their religious faith, but a shared cultural heritage. Explaining the importance of the holiday for African-Americans today, writer Amiri Baraka, says during an interview in the documentary, “We looked at Kwanzaa as part of the struggle to overturn white definitions for our lives.”

Indeed, since the early years of the holiday, until today, Kwanzaa has provided many Black families with tools for instructing their children about their African heritage.

This spirit of activism and pride in the African heritage is evident on college campus Kwanzaa celebrations – one of which I attended a few years ago. (It was done a few days early so that students going on break could participate.)

The speaker, a veteran of the Nashville civil rights movement, spoke about Kwanzaa as a time of memory and celebration. Wearing an African dashiki, he led those in attendance – Blacks and whites and those of other ethnicities – in Kwanzaa songs and recitations. On a table decorated in kente cloth, a traditional African fabric, was a kinara, which contains seven holes, to correspond to the Seven Principles of Kwanzaa. There were three red candles on the left side of the kinara, and three green candles on the right side of the kinara. The center candle was black. The colors of the candles represent the red, black and green of the African Liberation flag.

The auditorium was packed. Those in attendance, young and old, Black and white, held hands and chanted slogans celebrating Black heroes and heroines, as diverse as the civil rights icons, Rosa Parks and Rev. Martin Luther King, Jr., and the Jamaican musician Bob Marley.

It was a cultural observance that acknowledged solidarity with the struggles of the past and with one another. Like the Black power movements, such as today’s Black Lives Matter movement, it is an affirmation of “Black folks’ humanity,” their “contributions to this society” and “resilience in the face of deadly oppression.”

Karenga wanted to “reaffirm the bonds between us” (Black people) and to counter the damage done by the “holocaust of slavery.”  Kwanzaa celebrations are a moment of this awareness and reflection.

RELATED: How to celebrate Kwanzaa virtually amid coronavirus pandemic