The mayor hopes to ask voters to approve funding in November to extend workforce development and education initiatives aimed at curbing poverty. 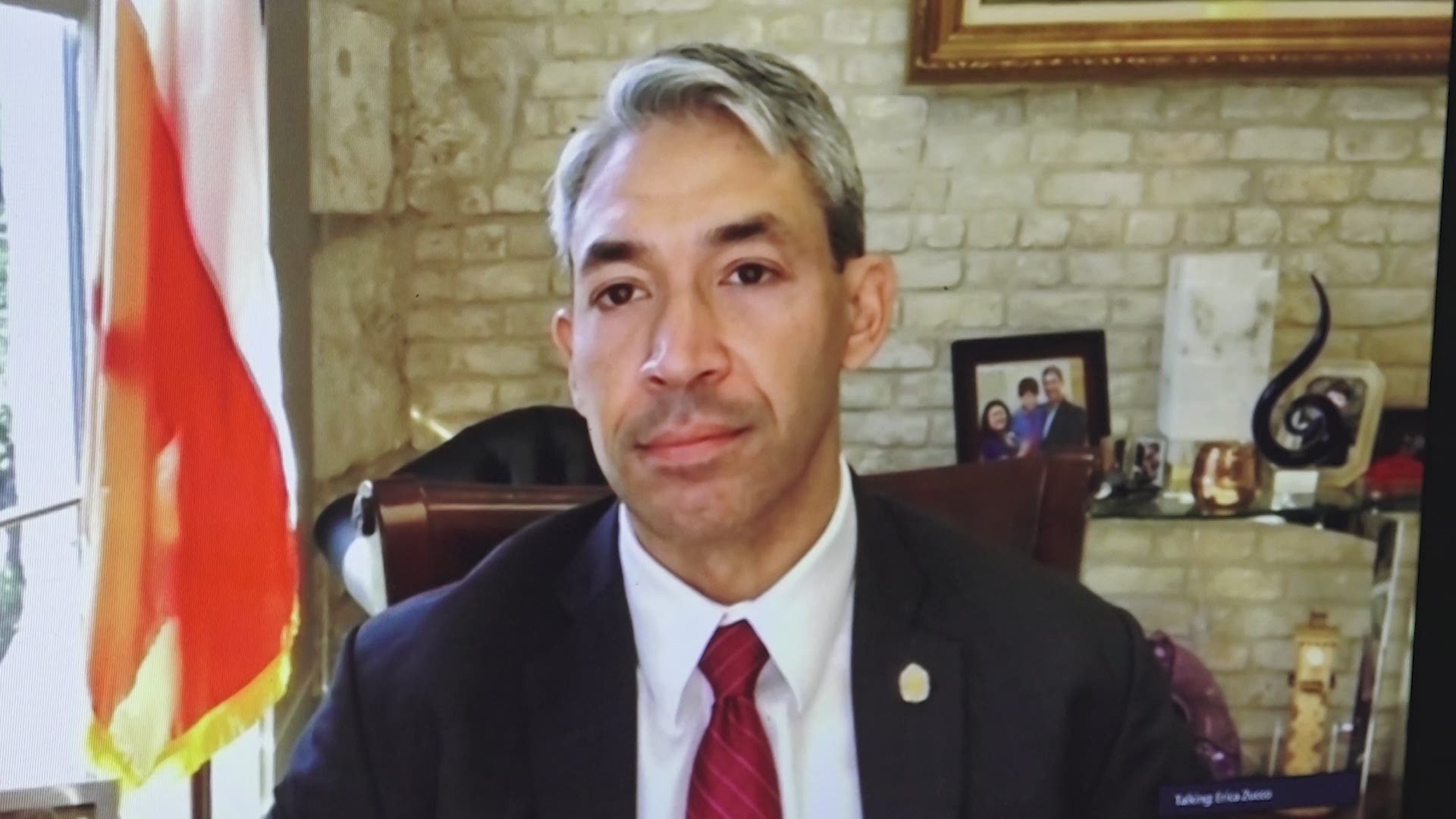 SAN ANTONIO — San Antonio voters could weigh in this November on a proposal to redirect a one-eighth-cent sales tax portion toward workforce development and job training initiatives.

City officials say around 160,000 people lost employment as a result of the pandemic, exacerbating what researchers say were problems that existed prior to 2020.

The initiatives call for asking voters to devote the funding source toward workforce development for several years, then transfer it toward VIA Transit and transportation initiatives after that—in two separate ballot questions. They are City of San Antonio-Proposition B for those with a San Antonio address and Advanced Transportation District-Proposition A.

"It can't be understated," Mayor Ron Nirenberg said back in August. "San Antonio has struggled, prior to COVID, with chronic under-employment and the fact that many people in our community – thousands of families – have struggled with poverty as a result of it. What we need to recognize is it's not enough to go back to where we were, where people were struggling, on the brink."

Listen to the full conversation with Mayor Ron Nirenberg in our Commerce Street podcast below. Note, it was taped in August, before some actions were taken for the measure to officially be on the ballot.

Using CARES Act funding, the mayor says the city is already implementing workforce development initiatives approved through the COVID-19 Recovery and Resiliency Plan. This proposal would build on that work, using around $38.5 million per year to train about 40,000 workers each year for four years.

Currently, the plan would connect about 60% of participants with short-term training and certification programs for which job openings are in high demand, such as logistics associates, certified nurse aids and child development associates.

The other 40% of participants would likely be served with funding to complete two or four-year degrees in growing industries, as identified by the SA Works COVID Jobs Report in July.

Currently, the one-eighth-cent sales tax portion supports aquifer protection and trailway programs. But, the city has already approved a new funding plan to continue the Edwards Aquifer Protection Program (EAPP). San Antonio Parks and Recreation spokeswoman Connie Swan said on September 17, city council members approved a plan to commit $100 million in funding for the program over a period of up to ten years. The funding for the EAPP will come from the issuance of debt, cash funding, or a combination of both and will be paid for from the city’s annual general fund operating budget.

You can learn more about the program's specifics and some of the issues at hand in the video above.