The institute’s fascinating and imaginative projects attract some of the greatest minds in science and engineering. 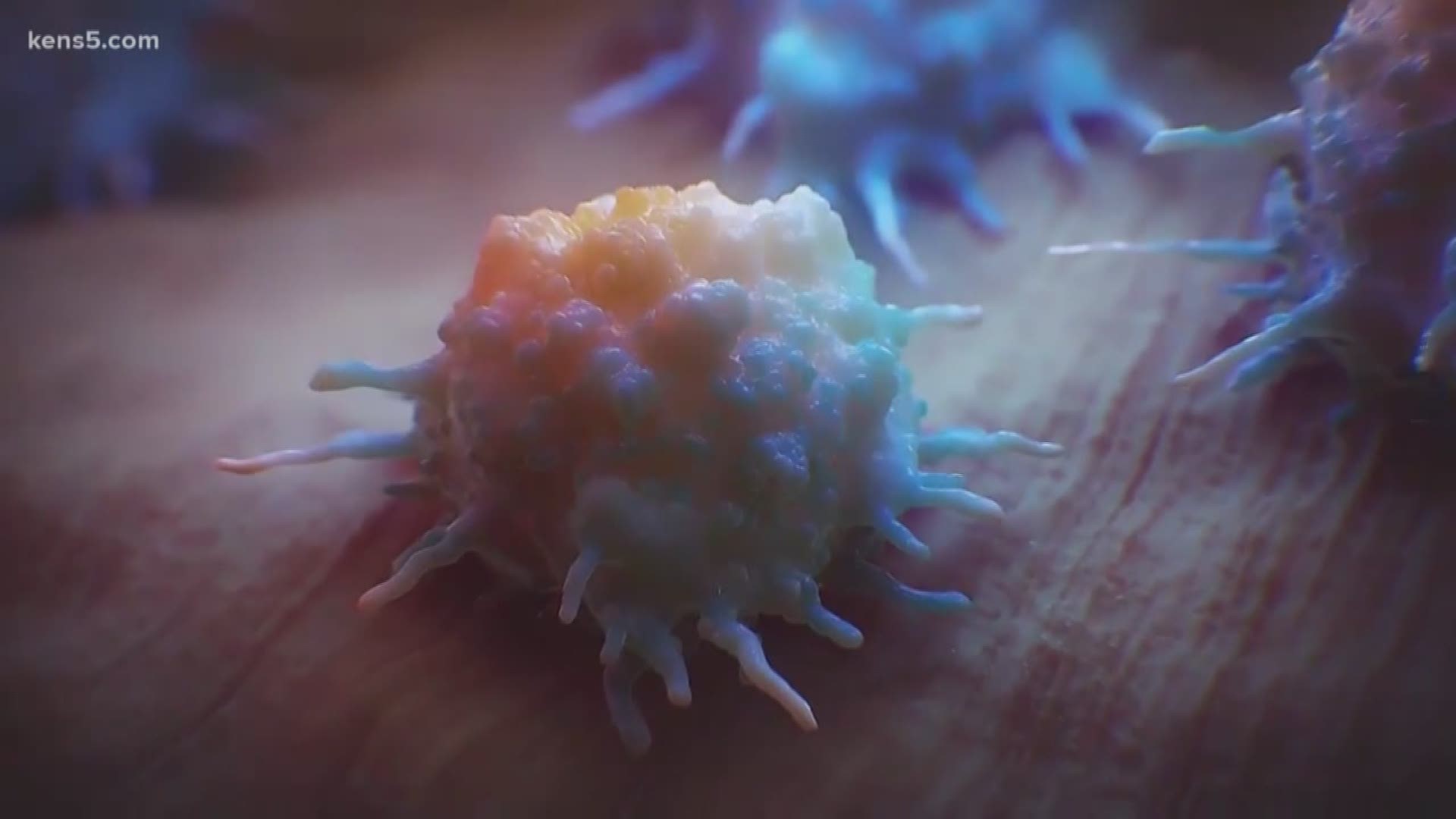 SAN ANTONIO — The worlds largest mobile robot, finding a new method of diagnosing cancer, and even a mission to discover the origins of our solar system—the unique and groundbreaking research going on the Southwest Research Institute (SwRI) brings out the child-like wonder in all of us.

The scientists and engineers at SwRI put the Alamo City on the map when it comes to collaboration and innovation. The institute’s fascinating projects attract some of the greatest minds in science and engineering.

Hakima Ibaroudene, who was part of a team that won an international competition with a revolutionary way to diagnose breast cancer, said she knew from day one that SwRI was her home-away-from-home.

"I graduated with a bachelors and masters at UTSA. My first day at SwRI and my internship, it was just the best thing. This is the coolest place, I want to work here [I thought]. The diversity of project and the talent that is at SwRI is just amazing," Ibaroudene said. "In my career, in the 15 years I have been at SwRI, I have worked on different various type of projects from developing software to training people that will drive construction equipment to developing software that will develop flight test for aerospace companies. To lead this area, this new business area and focusing on the medical, tools that will help doctors facilitate diagnostic. This has been the best place to work."

SwRI President and CEO Adam Hamilton says the structure of SwRI is designed to support a diverse range of projects.

"We have nine different technical divisions, chemistry to physics, main engineering divisions. That’s all wrapped around a core administrative group that gets a lot of the documentation done and keep everything running," Hamilton said. "We are established as a nonprofit, started in 1947. 70 years later, we are still a nonprofit, still have the same mission as day one. It’s a great place to be, if you are a scientist, engineer, technical person, or someone who likes to work with those types of people. I think it would be hard to find a better place to work."

Ibaroudene echoed that she feels supported by SwRI to pursue the projects that are important to her.

"There is something amazing about SwRI, the internal research program. This is key for us as staff to write proposal to get internal funding and do technology to directly benefit our customers and people in general. This what is amazing about SwRI. As a young engineer, you can make your career what you desire to be. If you are a go-getter and you really want to push your career to the limits, it is the place to be. You get to use the internal research program to do what matters to you as a person."

Ibaroudene explained how her award-winning project was a perfect example of SwRI's model of collaboration between different departments to find innovative solutions to life-saving problems.

"For quite sometime, we had an idea and wanted to take our expertise in artificial intelligence, AI, and take that expertise to the biomedical field. It's something a group at SwRI tried to do in the past but it didn’t go very far. But with technology advancing, it was really a good time to try and see if we could use those algorithms from other projects and and solve problems medical field," Ibaroudene said. "So the good place to start was to look at the Grand challenge, that’s a website where they list all the big problems in the medical imaging area. So we picked the challenge we were interested in…it was the 'BreastPathQ Challenge', the challenge for regressing a specific biomarker for breast cancer. One of the things that comes out of treatment for breast cancer is a biopsy to assess the burden of the tumor. It’s a long process to also assess the cell of the cancer to assess the burden."

Ibaroudene said as they began working on the project, they quickly realized they needed help from a different type of expert.

"We needed an expert to tell us how to recognize those cells...a medical expert. So that’s when we decided to look at our contacts and reach out to Health Science Center," Ibaroudene said. "Two pathologists ... welcomed us into their office and they taught us how to recognize those cells. So it was a back and forth, a couple of emails, and we were able to design a neural network, an algorithm to detect cancer cells."

And the partnership was a success!

"When we submitted the algorithm, it placed first in the entire international competition, it was amazing! I give a lot of credit to our engineers that designed an algorithm that performed really well. The secret sauce was fusing that expertise in AI and that medical pathology expertise together to solve that problem."

"We really do work to try to combined our expertise internally with technology challenges. We also work with outside partners. We’ve had examples where we were able to develop a new technique for destroying unknown hazardous chemicals using an internal combustion engine. That only happens at SwRI because we have a chemist in the automotive expertise and combustion engine expertise," Hamilton said. "We call it collisions, where we have people from our fuels and lubricants division that might work with people in our pharmaceuticals area or intelligence systems. So those give us the unique results that really set the Institute apart from our competition."

A lot of people may not know that significant reseach into our solar system is being done right here in the Alamo City, including a project to study the Trojan asteroids around Jupiter's orbit.

"We have a mission that will launch next year that will explore a part of the solar system that has never been explored before... called the Trojan Asteroids in Jupiter’s orbit. They are in two clusters one ahead and one behind Jupiter and over the course of several years, the spacecraft will fly through those clusters and collect a lot of information about those particular Trojan Asteroids. They have been there since the beginning of our solar system, so it will tell us a lot about how the solar system was formed. So we are excited about that."

In addition to those exciting projects, SwRI is also working on a way produce energy that could completely change the conversation when it comes to developing electricity.

"We are working on a tranformational way to develop electricity through a new type of power plant. Instead of using water which gets spoiled and steamed when driven through a turbine to produce electricity, we are using a different fluid. And that fluid allows us to cut down the size of the power plant. The components are 1/10 of the size of traditional power plants and it produces the same amount of power."

Hamilton also explained how SwRI's geographic position in San Antonio affects how it operates. He describes a harmonious relationship between the institute and the city that has benefited both.

"We almost always struggle to hire really good people. Right now, we have more than 200 openings that are currently unfilled. But, that really encourages people to come to San Antonio that have these different technical skills. Or more importantly, we are working with lots of different organizations within the city to build up those skill sets. So we work to try to encourage STEM education for everybody. We also try to encourage them to pursue higher educational goals. The federal programs at the Institute are set up to do that," Hamilton said. "But, I think what really the benefit of being in San Antonio is the culture. Much like our multidisciplinary expertise, we have a multicultural city that is very welcoming and all these different perspectives and experiences that people have a right here. And being able to have a workforce that is diverse, it gives us even more creativity and helps us find even more innovative technical solutions to some of the most challenging problems from deep sea to deep space." 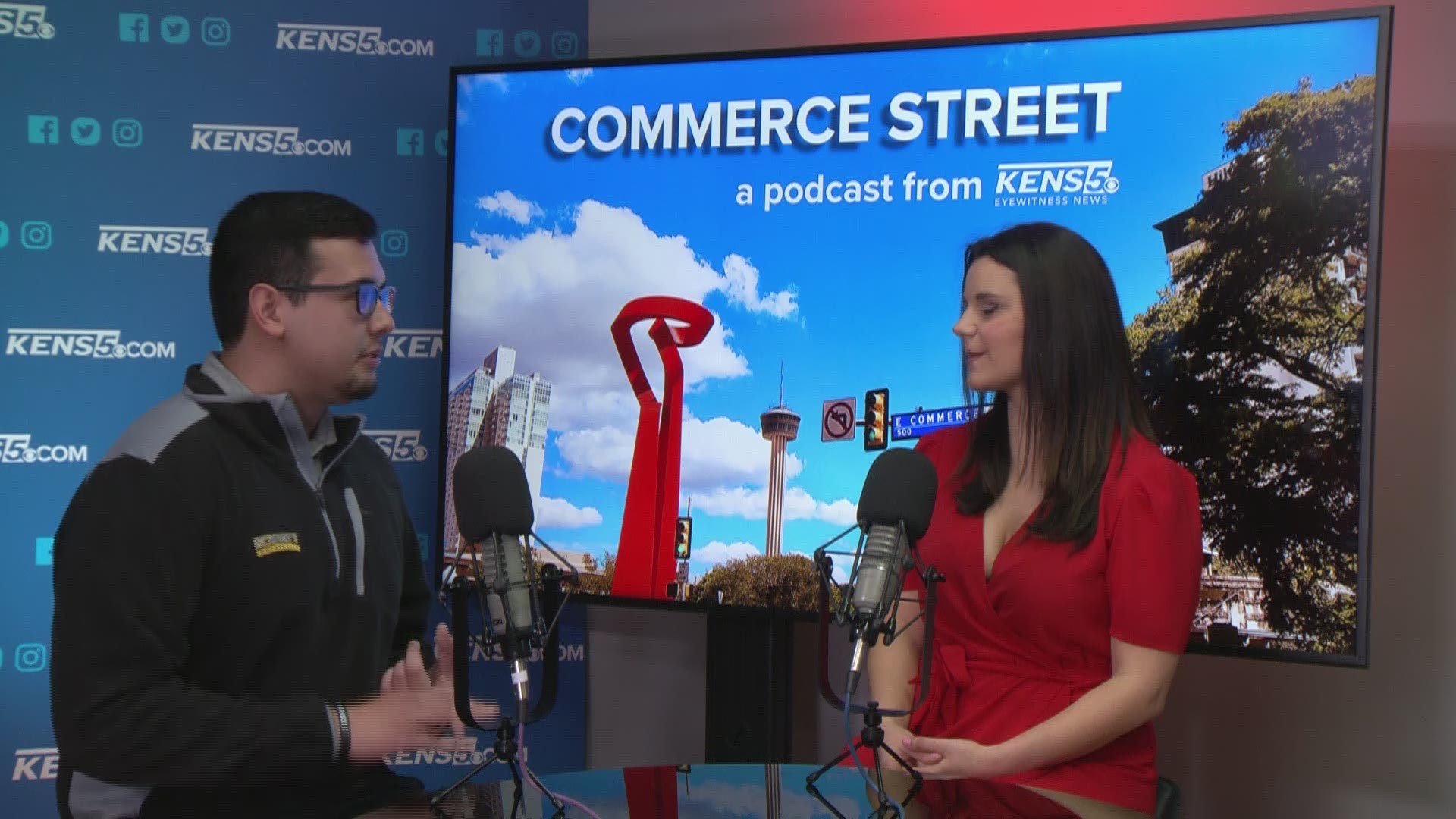 RELATED: 'It's going nowhere but up": Esports hits the mainstream in San Antonio | Commerce Street

RELATED: Commerce Street: How the coronavirus will impact the San Antonio economy