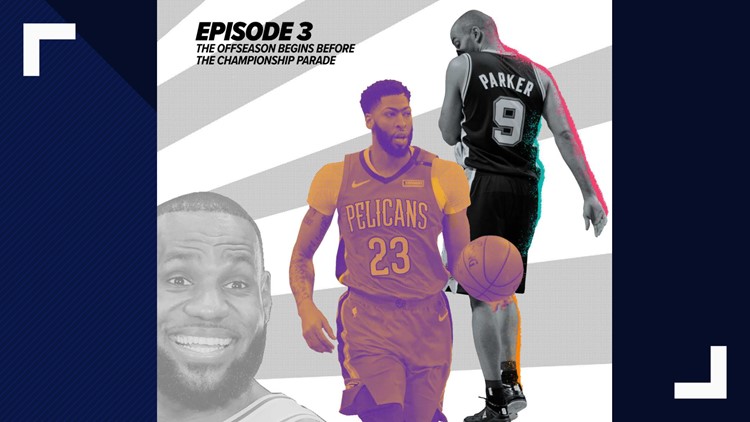 The NBA offseason starts with a bang - The Big Fundamental Podcast

Before the Toronto Raptors could even properly celebrate their first NBA Championship, the league's offseason began with a major trade. The New Orleans Pelicans traded Anthony Davis to the Los Angeles Lakers for Lonzo Ball, Josh Hart, Brandon Ingram and several draft picks, including the number 4 pick in Thursday's NBA Draft.

Before we break down the trade that made the Lakers the front-runners for the 2020 NBA title, we talk about the latest news surrounding the Spurs, including Tony Parker's decision to retire, Dejounte Murray's viral video and rumors of the Spurs' top target in free agency this summer.

There's also our breakdown of the 2019 NBA Finals, which saw major injuries to Kevin Durant and Klay Thompson of the Warriors. How much do those injuries mean for the future of the Golden State dynasty, and how does the free agency landscape look around Finals MVP Kawhi Leonard?

And what should the Spurs do with their first-round picks in Thursday's NBA Draft? The "Big Fun Pod" will be live during the draft on the KENS 5 Facebook page and YouTube channel this Thursday, June 20 at 6:30 p.m.!

We answer the above questions and a whole lot more.