WATCH: Boyfriend's homecoming proposal for girlfriend with Down syndrome

David Cowan, who has Down syndrome, staged the adorable homecoming proposal for his girlfriend Saris Garcia while she was cheerleading. 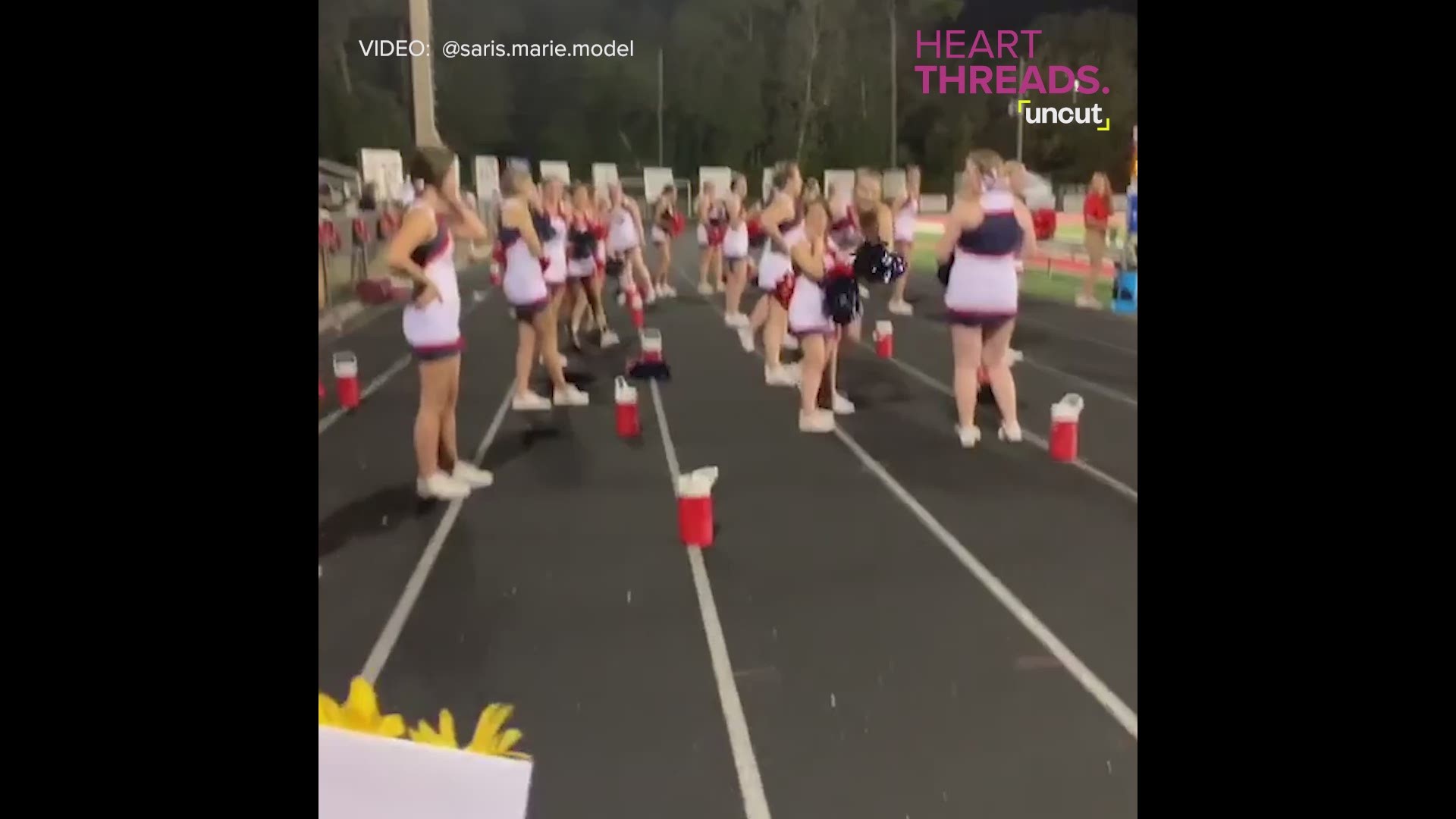 ALTAMONTE SPRINGS, Fla. — This high school student with Down syndrome surprised his girlfriend, who also has Down syndrome, with a heartwarming homecoming proposal.

David Cowan, 19, is a senior at Seminole High School in Sanford, Florida. He's known his girlfriend Saris Garcia, 18, since they were both 3 years old.

Saris' mom, Wanda Cruz, said the two have always had a special connection. Though they attend different high schools, they've stayed in touch through their participation in the Special Olympics of Seminole County.

Saris and David both play multiple sports through the Special Olympics and are involved in athletics at their schools. Saris is a member of the cheerleading team, where she's found total inclusion and acceptance amongst her teammates, according to Wanda.

RELATED: Student with Down syndrome asks her classmate to prom in heartwarming video

David is also a member of the football team at Seminole High School and participates in every game.

It was at a football game where David staged a heartwarming homecoming proposal for Saris, who was cheerleading.

He surprised her with flowers, balloons, a sunflower-adorned sign that read, "Will you be my sunshine to homecoming?"

Saris accepted his invitation to the cheers of her teammates, who were chanting her name.

The moment was "full of emotion," Wanda said. Saris was totally surprised.

"Her reaction was priceless. She was radiant!" Wanda said.

The two enjoyed their first homecoming together on Saturday, where the principal presented them as a special guest couple.

Wanda said David and Saris' relationship is "genuine and sincere" and is happy they can be an example of people with special needs living "fulfilling" lives.

"Down syndrome does not limit them," Wanda said.

David hopes to attend college at the University of Central Florida and Saris, who is pursuing a modeling career, hopes to one day appear in commercials and walk the runway in Paris, London and other fashion shows.