Wilson: UTSA's strategy this season will be to start fast, finish strong

The Roadrunners open their eighth football season at Arizona State on Sept. 1. 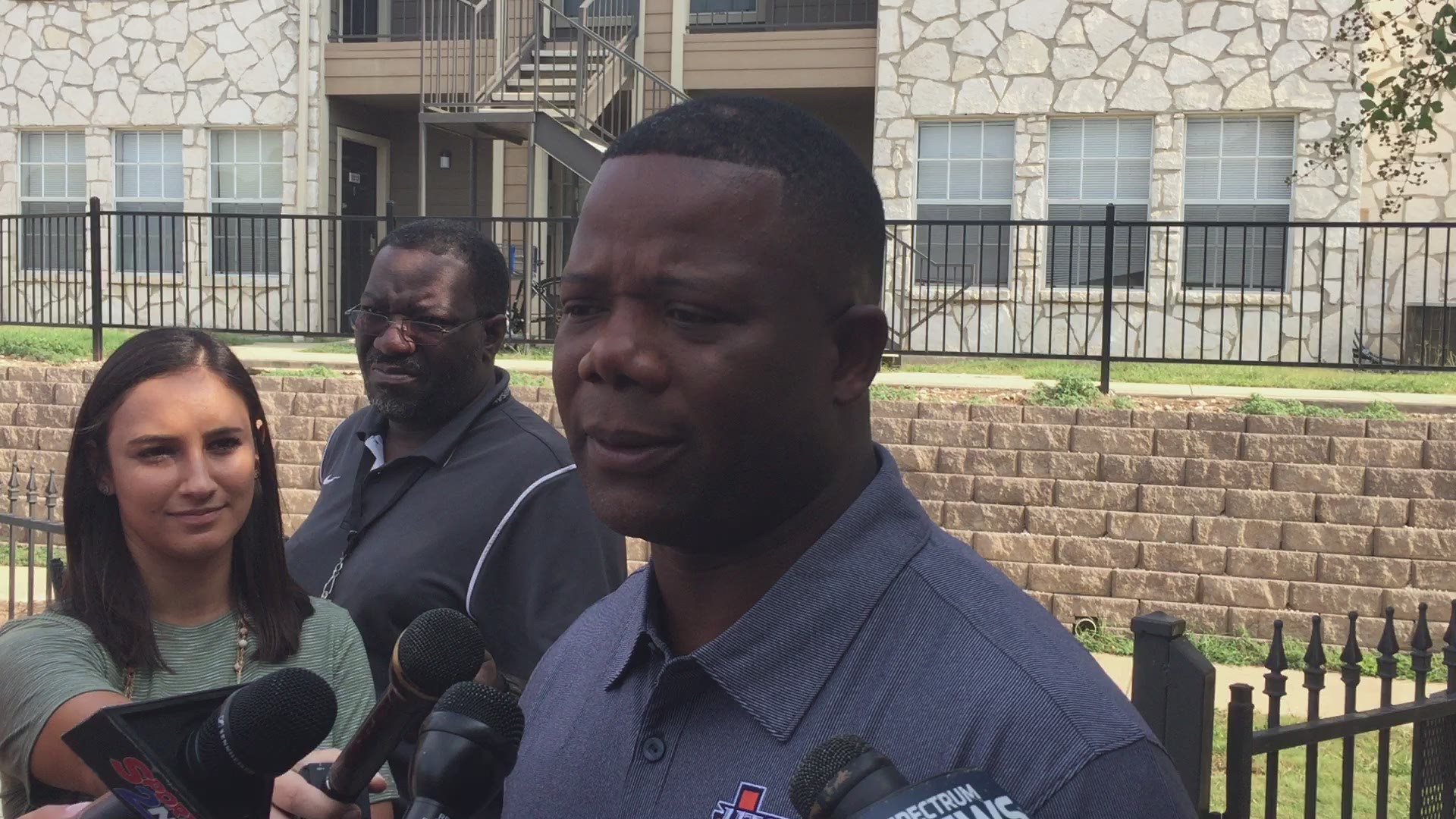 UTSA football at a glance

SAN ANTONIO – Still feeling the sting of being passed over for a bowl bid last season, the UTSA Roadrunners reported on Thursday for their eighth football camp in school history and third under coach Frank Wilson.

UTSA went to a bowl in its first season with Wilson at the helm in 2016, but was snubbed last year despite meeting the required minimum of six victories. Wilson acknowledged Thursday that the disappointment motivated the Roadrunners throughout the offseason.

“The anticipation probably has never been higher,” Wilson said. “There’s a benchmark, if you will, a standard, that we’ve set that now puts us in position to go for those goals. Back-to-back years where we qualified in two years and were able to move on (to a bowl game) in one, and this year to really put yourself in position to take that next step in year three. Hopefully, we can reap those benefits now.”

The Roadrunners, who kick off their eighth season at Arizona State on Sept. 1, start workouts Friday morning. A total of 106 players are expected for the opening practice.

UTSA returns four offensive and six defensive starters, plus both kickers, among 36 returning lettermen. Senior lineman Kevin Strong Jr. and junior linebacker Josiah Tauaefa are back to lead a defensive unit that finished the season eighth in the country in scoring defense (17.0).

But new defensive coordinator Jason Rollins faces the daunting task of replacing C-USA Defensive Player of the Year Marcus Davenport, a defensive end who was selected by the New Orleans Saints with the 14th overall pick in this spring’s NFL draft.

UTSA went 6-5 overall and 3-5 in Conference USA last year, finishing fifth in the West Division. The Roadrunners were 5-2 with four games left in the regular season, but went 1-3 in November and didn’t get their sixth victory until their next-to-last game.

“We had multiple chances to win other games, and we could have set ourselves up for a bowl game,” senior safety C.J. Levine said. “But this year, we can’t come up short. We have to know that we have to get more than seven games (victories) just to make it. It’s not just good enough to have six, so we’ve got to do one more than what’s good enough. We can’t just be average. We’ve got to be above average this year.”

Levine described getting passed over for a bowl as a “hurting feeling” that has driven him the past seven months.

“That was some fuel for my tank,” Levine said. “For me and all my other teammates, I just wanted to bring them along and get them to work just as hard as I’m going to work, because I’m going to give my all each and every day and I expect the same out of them.”

UTSA started the 2017 season 3-0, but lost its next two games by a combined five points. The Roadrunners became bowl eligible with a 9-7 victory against Marshall in their next-to-last game, kicking a field goal with two seconds left.

The Roadrunners ended their 2017 campaign with a 20-6 road loss to Louisiana Tech, finishing with a season-low 201 yards and failing to score a TD for the second consecutive game. Wilson fired offensive coordinator Frank Scelfo the next day.

“Our theme this year is start fast, finish strong,” Wilson said. “In years in the past, we’ve wanted to start well. Other years, we’ve said finish. But to go from beginning to end is what we’re going to try to get done this year, not just at the back end to come on and play well or to start fast. But to play a complete game from the beginning until the end, 60 minutes, of getting the job done.”

“I feel like everybody feels a little disrespected,” said senior tailback Jalen Rhodes, who led the Roadrunners in rushing last year. “We’ve got a chip on our shoulder. We’ve just got to go out there and play hard.

“Personally, I don’t pay attention to that, because they’re (media voters) not on the field. They don’t know what’s going on. They’re just outsiders looking in, so their opinion is irrelevant. Whenever we get on the field on Saturdays, we’ll let our play talk.”