Wilson: Harris has edged ahead of pack in UTSA quarterback competition 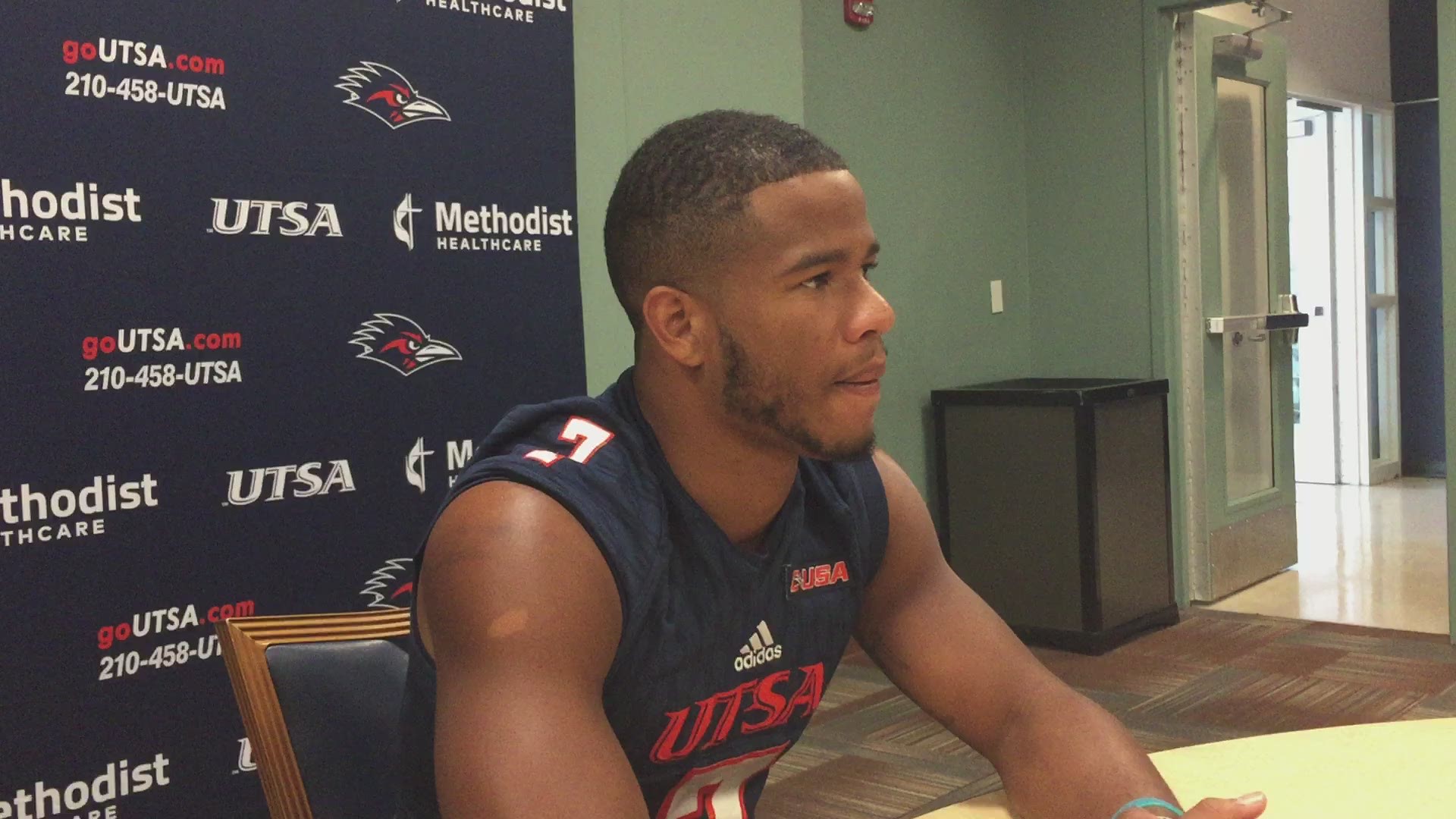 SAN ANTONIO — With three weeks to go before UTSA's football opener, sophomore Frank Harris has moved slightly ahead in the competition for the starting spot at quarterback, Roadrunners coach Frank Wilson said Saturday.

But while Harris is the frontrunner, Wilson made it clear after the first scrimmage of fall camp that the race is still too close to call.

"Frank Harris probably took a step away from the pack today," Wilson said at the team's annual media day. "But not a big step, because those guys (other quarterbacks) played well also. I thought Cordale Grundy did a lot of really good things. All had touchdown throws, all had touchdown drives."

Still, Harris did enough good things in the scrimmage to forge ahead of Grundy, a senior,  sophomore Lowell Narcisse and redshirt freshman Jordan Weeks.

A 2017 Clemens High School graduate, Harris hasn't played in a game since tearing his left anterior cruciate ligament in the eighth game of his senior season. Harris was on track to be UTSA’s starting quarterback last season before he tore the ACL in his right knee during spring training in April 2018.

To hear Harris tell it, he's just happy to be back on the field competing for the starting spot after being sidelined for so long.

"I don't think about that too much," Harris said, when he was asked his thoughts on the QB race. "I really don't look into that. I just go out there and try to do my best every day. Everything else will take care of itself. Still have a lot of developing to do. There's always room for improvement.

"We're all thinking we're going to be the starter. It's nothing personal. At the end of the day, coach is going to make that decision. We all go out there and we try to do our best, compete with one another." 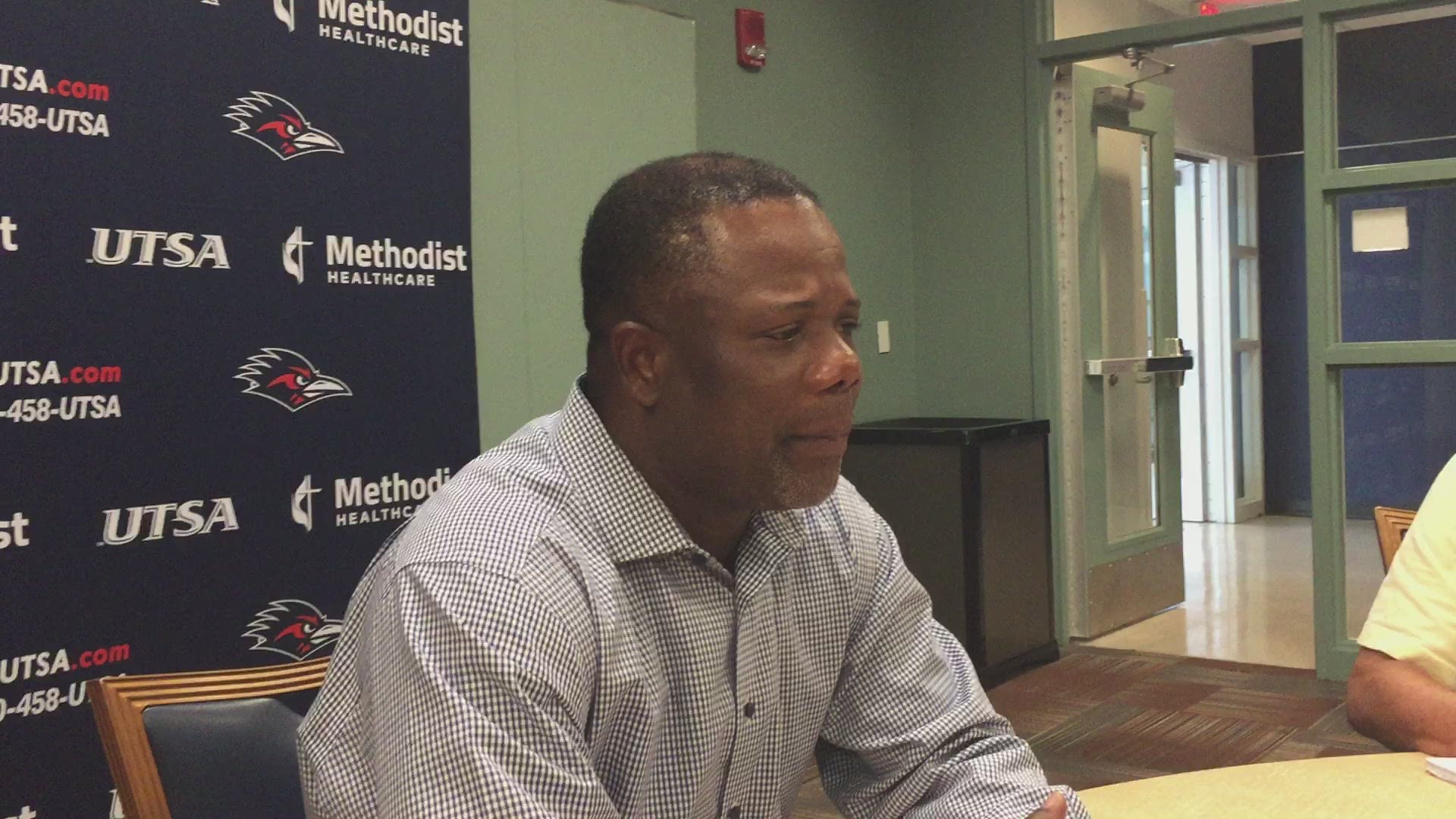 UTSA, which finished 3-9 overall and 2-6 in Conference USA's West Division last year, kicks off its ninth season against Incarnate Word on Aug. 31 at the Alamodome.

The Roadrunners' fortunes could start to trend upward if Harris returns to the form he demonstrated as a dual threat in high school.

Harris was one of the most prolific quarterbacks in the state during his three-year run at Clemens, passing for 3,968 yards and 41 touchdowns and rushing for 4,201 yards and 60 TDs. He had his best season when he was a junior, throwing for 2,033 yards and 17 TDs and running for 2,741 yards and 38 TDs.

Twenty-two pounds heavier since he enrolled at UTSA, Harris drew praise from Wilson after Saturday's scrimmage.

"The biggest misconception is that he's only a runner," Wilson said. "He's so much more than that. He's an athletic quarterback who has enough arm strength to throw the ball from one hash to another, to put it on a line, to throw it down the field, to put air on it."

"And, so, we have a good problem on our hands. We'll have a week of practice, and we'll have preseason game No. 2 (scrimmage) next Saturday. Hopefully, this thing starts clearing itself up, so we can then be two weeks out of kickoff and narrow the scope and start preparing for our opponent." 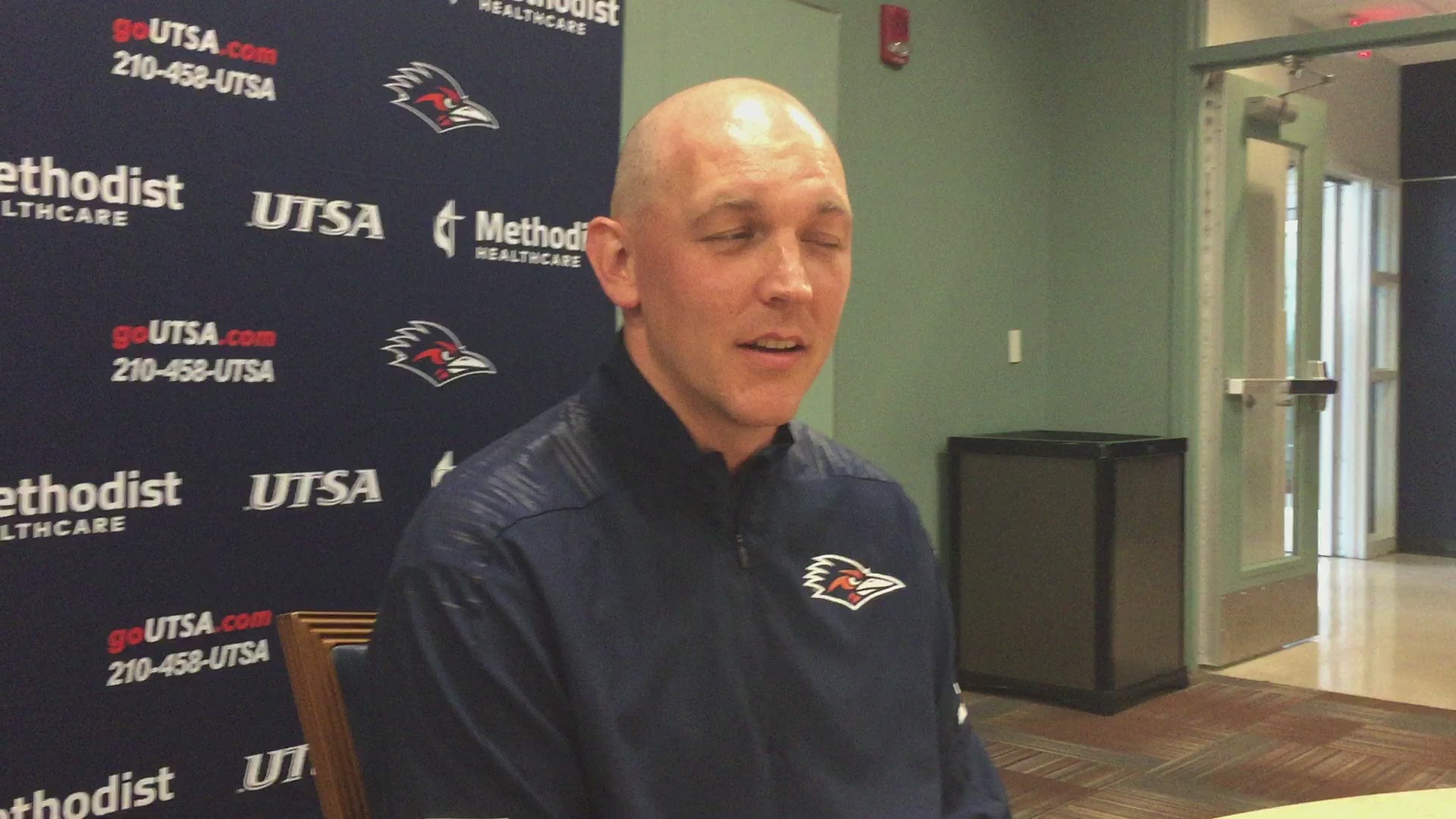 "A pleasant surprise was Jo Jo Weeks," Wilson said. "Probably had his best days since he's been a Roadrunner. It was good to see him in the mix for the competition. Not to be outdone, he played extremely well today. So, the quarterback play was very pleasing."

Wilson also was pleased with his offensive unit, which is working under its third offensive coordinator in three years. Jeff Kastl had coached the team's wide receivers for three seasons before succeeding Al Borges.

"The offensive unit, for the first time in a long time, probably had their way against a very experienced, talented defensive unit that we have," Wilson said. "We're excited about our defense. I think our defensive line can, and will compete, against the upper echelon in this conference and beyond."

But the offense took the upper hand in Saturday's scrimmage.

"Our offense played well against them today," Wilson said. "They moved the ball up and down the field. I just think, mentality-wise, our offensive staff, led by Jeff Kastl, just really got in tune to taking it (the scrimmage) as a preseason game, taking it that serious and you have to improve on this day.

"And when you have multiple plays that are 40-plus yards, it's gratifying because it's something that we had not had a lot of, of course, and then last year."

The Roadrunners’ offense struggled mightily last season, finishing last among 130 FBS teams in total offense with an average of 247.1 yards per game. UTSA was held to a field goal in two of its six league losses and was shut out once.

The Roadrunners ranked 129th in scoring, averaging just 14.2 points per game. They were 128th in rushing offense and 119th in passing offense.