Why do Nats fans sing 'Baby Shark' during the games?

Washington Nationals outfielder Gerardo Parra has been using "Baby Shark" as his walk-up song since June. It was a request from his kids. 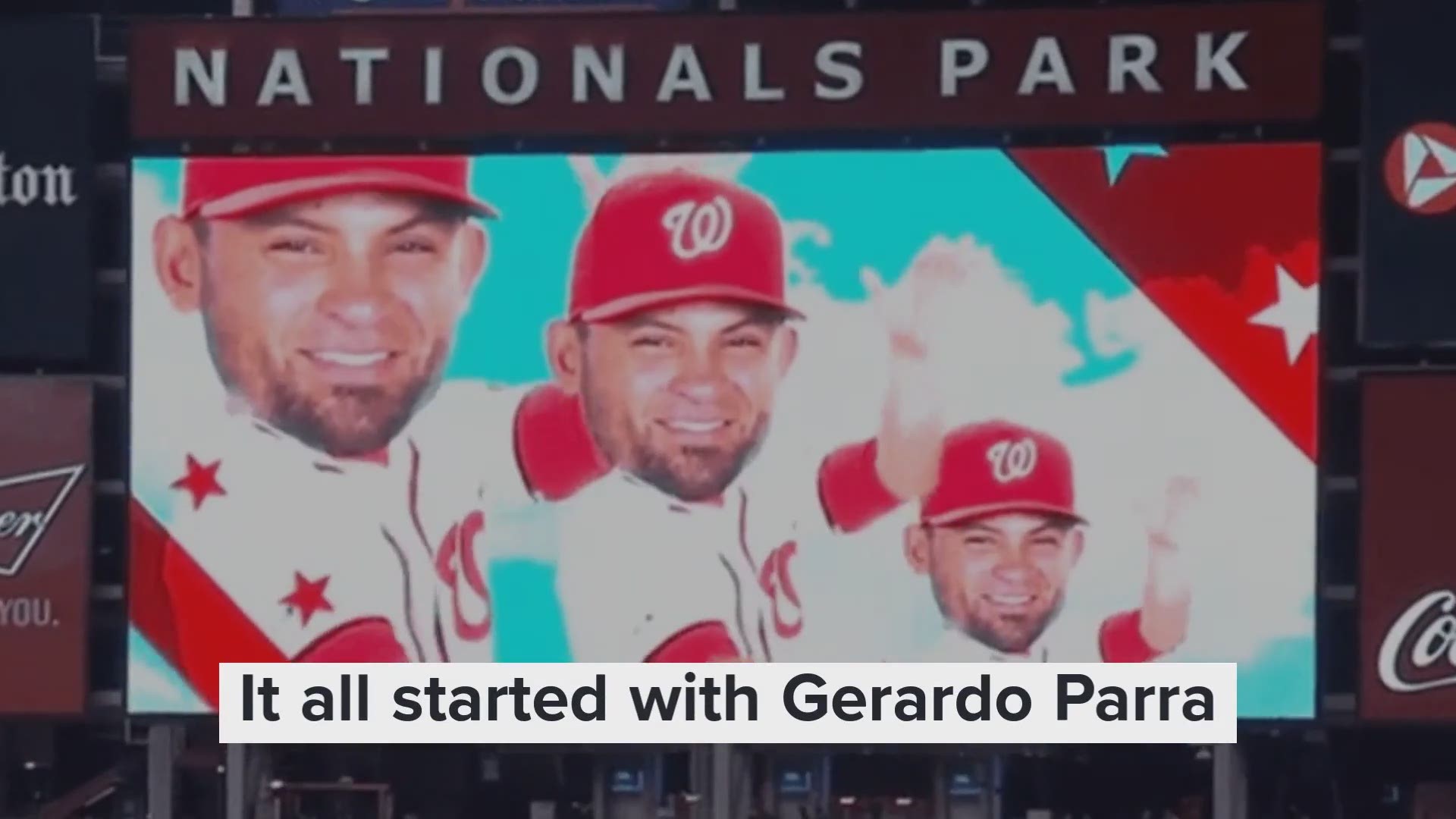 At this point you know the song. It took over the world earlier this year. A show is even expected to come on Netflix, but no one could have predicted the catchy (sometimes annoying) song would take over Nationals Park.

On Tuesday night, the Washington Nationals made history. They beat the St. Louis Cardinals to advance to the World Series for the first time as a Nationals franchise.

And it just might have been "Baby Shark" that provided the spark.

RELATED: Nationals crush Cardinals 8-1 at home in Game 3 of NLCS

It all started with outfielder Gerardo Parra.

When Parra went to bat, the entire stadium was filled with fans singing "Baby Shark" and clapping their hands as if they were the mouth of a shark.

As awkward as that sounds this seems like it was the inspiration the team needed to succeed.

According to Major League Baseball's website, it's been Parra's walk-up song since June when the team wasn't doing so well. The song choice was a request from his kids.

Don't call us superstitious, but the team has been performing better since the song has filled the park. They started the season with a record of 19-31, but turned it around during the summer to land a spot in the Wild Card.

RELATED: What it was like at the Washington Nationals first ever NLCS game at Nats Park

The Nats won the Wild Card Game, the NLDS, NLCS and now they're in the World Series.

The whole Nats team has leaned in on the Baby Shark craze. When a player hits a single, they turn to their teammates and do the baby shark motion; for a double, it's mommy shark motion and a triple or home run elicits full on daddy shark mode.

Baby Shark has become the city's good luck charm and will hopefully lead us to winning the World Series.

So the next time you hear the song, don't get annoyed, just think of the Nats and victory.