While some San Antonio youth football programs postpone the fall season, others are gearing up

It’s been a journey," Dave Voth, of 210 Flag, said. "The outcome was the best that we possibly could imagine." 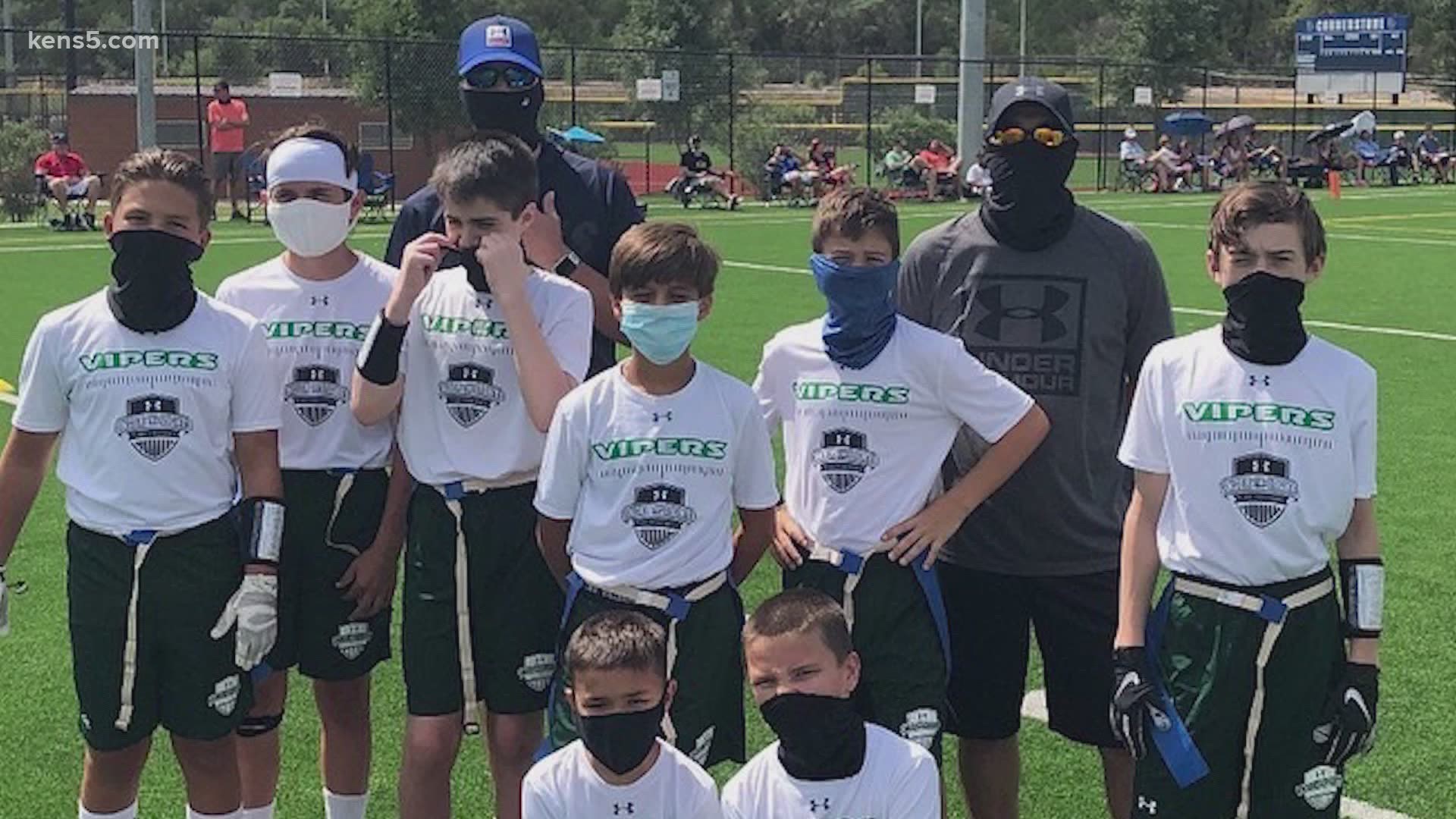 SAN ANTONIO — The silence of an empty sports field now feels all too common as some in San Antonio err on the side of caution.

"We won't have a season here," William Lee, the President of the Texas Select Youth Football League, said.

As Youth Leagues across the city began to make announcements of season postponement, Lee had no choice but to follow suit.

"There's a lack of participation in every league, parents are not putting their kids in harm's way," Lee said. "Having any youth sports is an obstacle."

It's an obstacle some San Antonio leagues seem to have overcome.

It’s been a journey," Dave Voth, of 210 Flag, said. "The outcome was the best that we possibly could imagine."

Voth's Under the Lights Flag Football League just completed their summer season and have already started registration for the Fall.

"We've had a huge number of people look to sign up," he said.

Sign-ups for a season that may look different than others.

All changes that were costly but to Voth were worth it, as he sidelines the debate on if kids should play with one simple statement.