The Roadrunners are now 6-0 for the first time in school history. 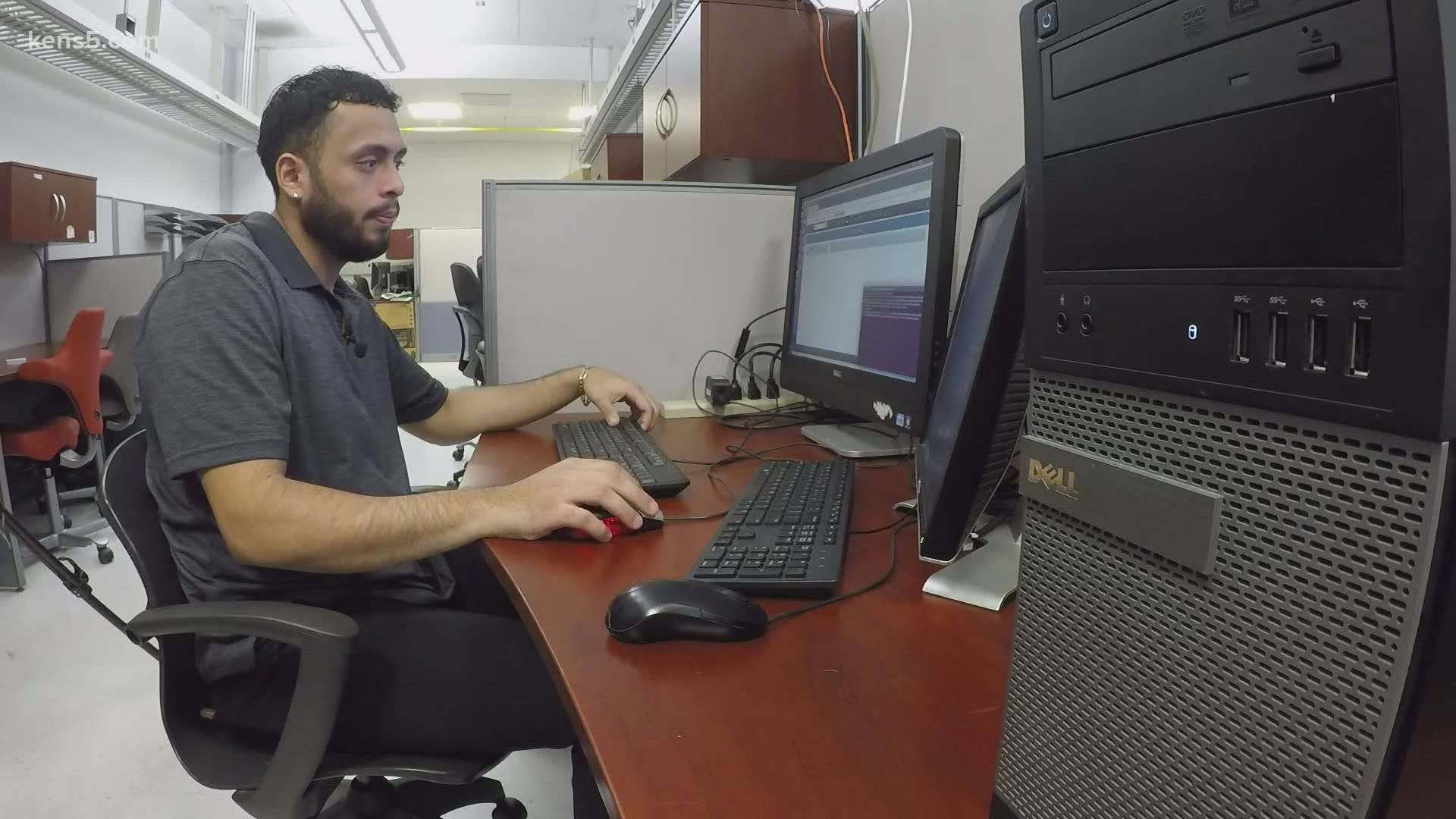 BOWLING GREEN, Ky. — Frank Harris threw for a school-record six touchdowns and Clarence Hicks intercepted a pass at the 3-yard line in the final minute, as UTSA held on for a 52-46 win over WKU in Conference USA action on Saturday night at Houchens-Smith Stadium.

Harris completed 28 of 38 passes for 347 yards on the night and also caught one TD pass, giving him seven total scores on the night, to help lead the Roadrunners to the first 6-0 start in school history and to a 2-0 league record. He completed passes to 10 different receivers, including seven to De'Corian Clark, who piled up a career-best 160 yards and a program-record three touchdown receptions.

UTSA built a 52-43 lead late in the contest but the Hilltoppers (1-4) cut the deficit to six after Brayden Narveson drilled a 27-yard field goal with 4:22 left to play.

WKU then got the ball back with 3:21 left and drove deep inside UTSA territory in the final minute. On third down and goal from the 15, Hicks dropped back into coverage and dove in front of Bailey Zappe's 60th pass attempt of the night, securing the game-sealing interception and make the Roadrunners bowl eligible for the second straight season.

Sincere McCormick logged his fourth 100-yard rushing game of the season and school-record 14th of his career with 120 yards on 23 carries, while Joshua Cephus had eight catches for 83 yards and a TD and Zakhari Franklin hauled in eight passes for 50 yards to help UTSA pile up 564 yards of offense.

Zappe passed for 523 yards and five touchdowns in a 38-for-60 night, while Jerreth Sterns caught a game-high 16 passes for 195 yards and two scores for the Hilltoppers.

UTSA opened the evening with two quick scores. Harris hit Clark for a 30-yard TD pass in the corner of the end zone on the first possession, capping a three-play, 75-yard march. After the Roadrunners held the Hilltoppers to a field goal on the ensuing possession, Harris found Tykee Ogle-Kellogg in the same corner on a 15-yard connection to make it 14-3, putting an end to a 14-play drive that took more than five minutes off the clock.

WKU responded with 14 unanswered points on 3-yard TD pass from Zappe to Sterns and then a 10-yard scoring dash up the middle by Adam Cofield to give the home team a 17-14 advantage with 11:22 left in the second quarter.

The Roadrunners reclaimed the lead on a trick play, as Cephus took a short lateral from Harris and then threw across the field back to the quarterback, who then sped untouched 23 yards to the end zone. Hunter Duplessis' extra point made it 21-17.

The Hilltoppers went back up by three on the next possession after Zappe hit Dalvin Smith on a seam route for a 33-yard touchdown pass.

UTSA answered late in the half to go back up 28-24. An 8-yard scramble by Harris on fourth down and seven from the Roadrunners 43-yard line kept the drive alive, but an interception threatened to stop it until Harris forced a fumble on the return that was recovered by Franklin at the WKU 26, giving the visitors a new set of downs. After a pair of catches by Franklin, Harris found Oscar Cardenas wide open in the end zone for an 11-yard score with 43 seconds left in the half.

The Hilltoppers took advantage of a muffed punt early in the third quarter, as Malachi Corley hauled in 24-yard touchdown catch from Zappe to give WKU a 31-28 lead.

The Roadrunners responded, as Clark pulled in a 44-yard reception down to the 18 and then had a one-handed grab in the end zone on the next play to help put UTSA back on top, 35-31.

UTSA went up by two scores after Harris rolled out on fourth down and found Cephus for a 3-yard touchdown pass, but WKU pulled to within 42-37, covering 95 yards in just three plays, the last a 40-yard pass from Zappe to Mitchell Tinsley. The two-point try was no good.

Duplessis drilled a 35-yard field goal with 10 minutes remaining in the game to push the lead to 45-37, but Zappe hit Stern on the sideline for a 20-yard touchdown pass. The two-point attempt again was no good, leaving UTSA with a two-point lead.

Clark's final touchdown of the night, a 43-yard catch down the left side against single coverage, made it 52-43, setting up the final minutes. 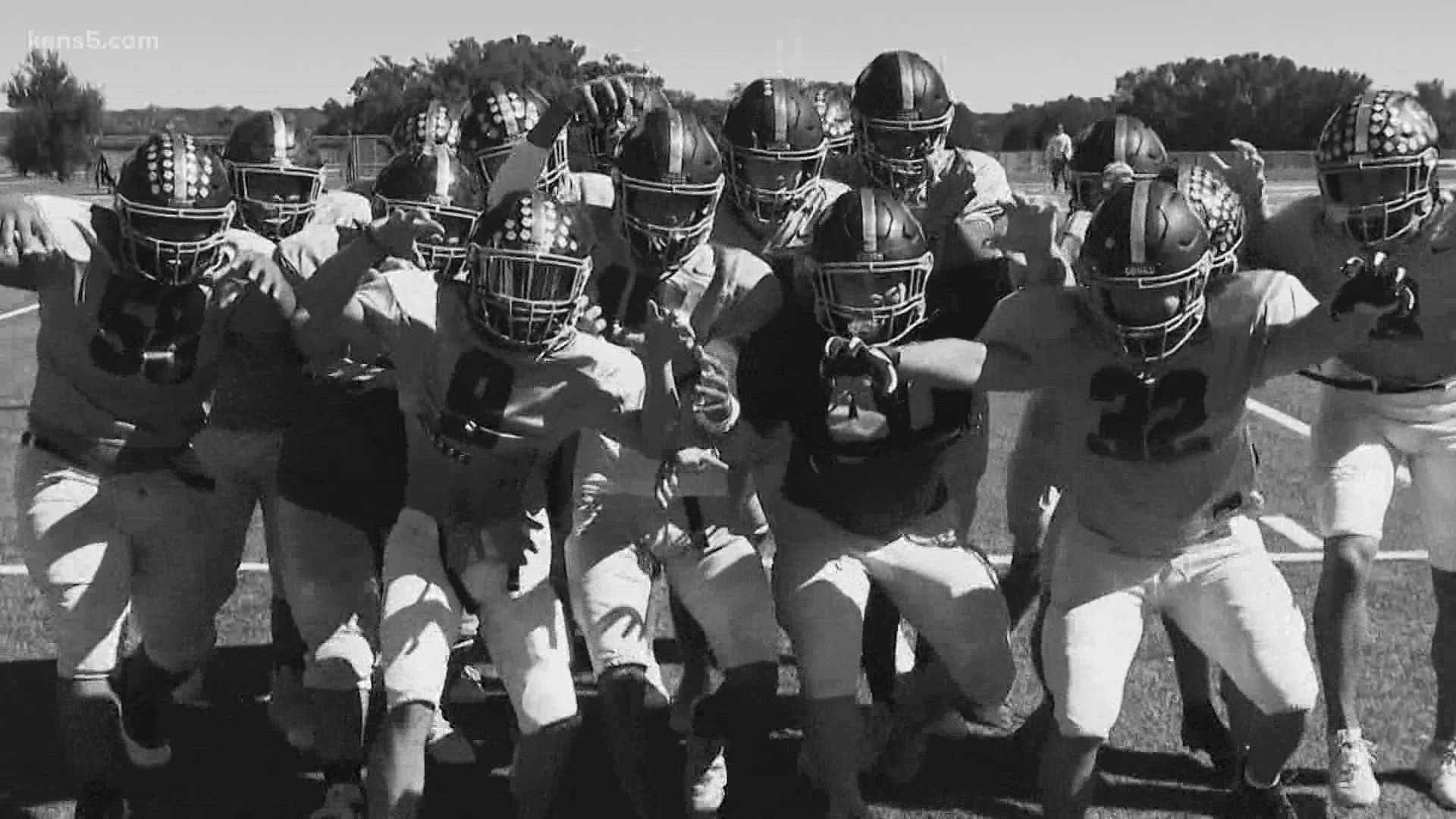