Army outlasts UTSA on Saturday at the Alamodome to win, 28-16

The Roadrunners drop to 3-3 on the season with the loss. 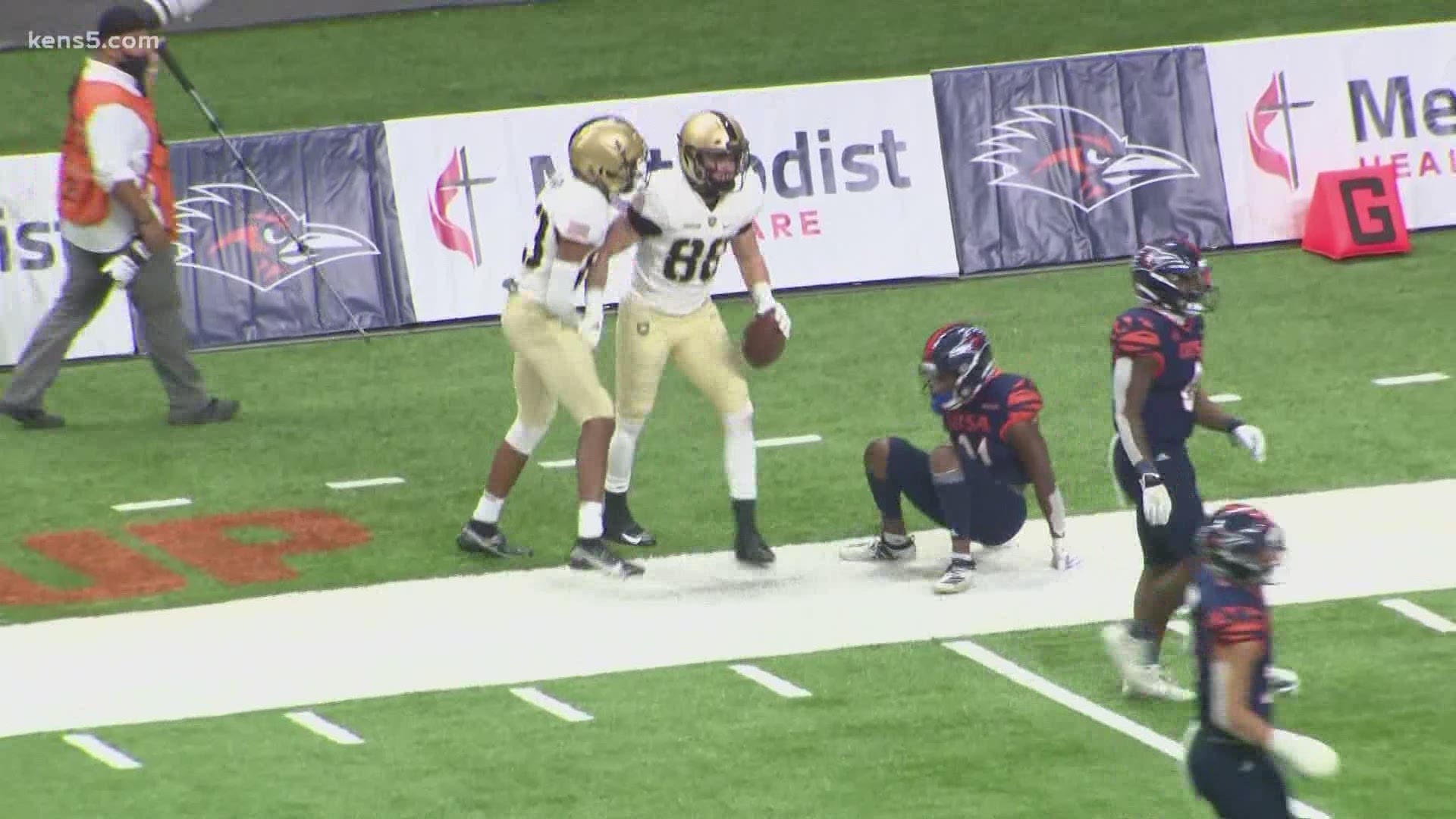 The Black Knights (5-1) gained 305 of their 358 yards on the ground and completed just one pass — a 53-yarder in the fourth quarter — to escape Military City USA with their second straight victory against the Roadrunners (3-3). Anthony Adkins led the way with 101 yards on just eight carries, while Tyhier Tyler added 95 yards on 19 totes for the visitors.

Meanwhile for UTSA, Franklin caught 12 passes for a career-high 138 yards and two touchdowns to eclipse the previous school standard for single-game receptions of 11 set by Greg Campbell Jr. in 2018. It marked the second 100-yard receiving game of his sophomore season and the third of his young career.

McCormick, who entered the game as the leading rusher in the FBS, carried 18 times for 133 yards to notch his sixth career 100-yard rushing game and help the Roadrunners tally 197 yards on the ground.

Nwachuku led all players with 16 tackles, including nine solo stops, to pace the Roadrunners defense. The sophomore from McAllen now stands in a tie for second on UTSA's single-game tackles chart.

Making his first start of the season, Lowell Narcisse completed 16 passes for 155 yards and a TD and also rushed for 47 before suffering an injury early in the fourth quarter. Facing fourth down and short at the Army 31 and staring at a 21-10 deficit, the junior quarterback rumbled up the middle for 20 yards to the 11 but was injured on the tackle. On the next play, Frank Harris hit Franklin on a fade route in the end zone for the wide receiver's second score of the day. The Black Knights blocked the extra-point attempt, leaving the score at 21-16.

Army responded, covering 75 yards in just four plays with a 53-yard pass from Cade Ballard to Camden Harrison setting up a 5-yard TD rush by Ballard. The extra point made it 28-16 with 12:47 left to play.

UTSA then drove inside the Army 10-yard line on the strength of a pair of McCormick runs for 22 and 16 yards, but turned it over on downs with 10:15 left.

UTSA falls to 3-3 after loss to Army

Army got the ball back and converted on fourth-and-1 from its own 23 but then turned it over to the Roadrunners after Ken Robinson, who posted a career-best 10 tackles in his first start as a Roadrunners, forced a fumble that was recovered by Charles Wiley near midfield.

Harris found Franklin for 20 yards to the Army 28 but UTSA turned it over on downs and the Black Knights were able to run out the clock and secure the win.

The Black Knights struck first when Adkins got loose for a 66-yard touchdown dash early in the opening quarter.

UTSA got on the board early in the second stanza when Hunter Duplessis drilled a career-long 50-yard field goal, his 21st straight make.

Army pushed its lead to 14-3 later in the second after Jakobi Buchanan plunged into the end zone from five yards to cap a 74-yard drive, which consisted of 13 runs and took 6:27 off the clock.

The Roadrunners then put together a long drive of their own, marching 87 yards in 14 plays to pull back to within four points just before halftime. Narcisse found Franklin on four passes on the possession, including a short screen pass from the 1-yard line that Franklin turned into a score.

Army went up 21-10 following a 37-yard quarterback keeper by Tyler with 4:04 showing on the clock in the third quarter.

The Roadrunners will stay home and host Louisiana Tech next Saturday, Oct. 17. Kickoff is set for 7 p.m. at the Alamodome and the game will be televised nationally on ESPNU.