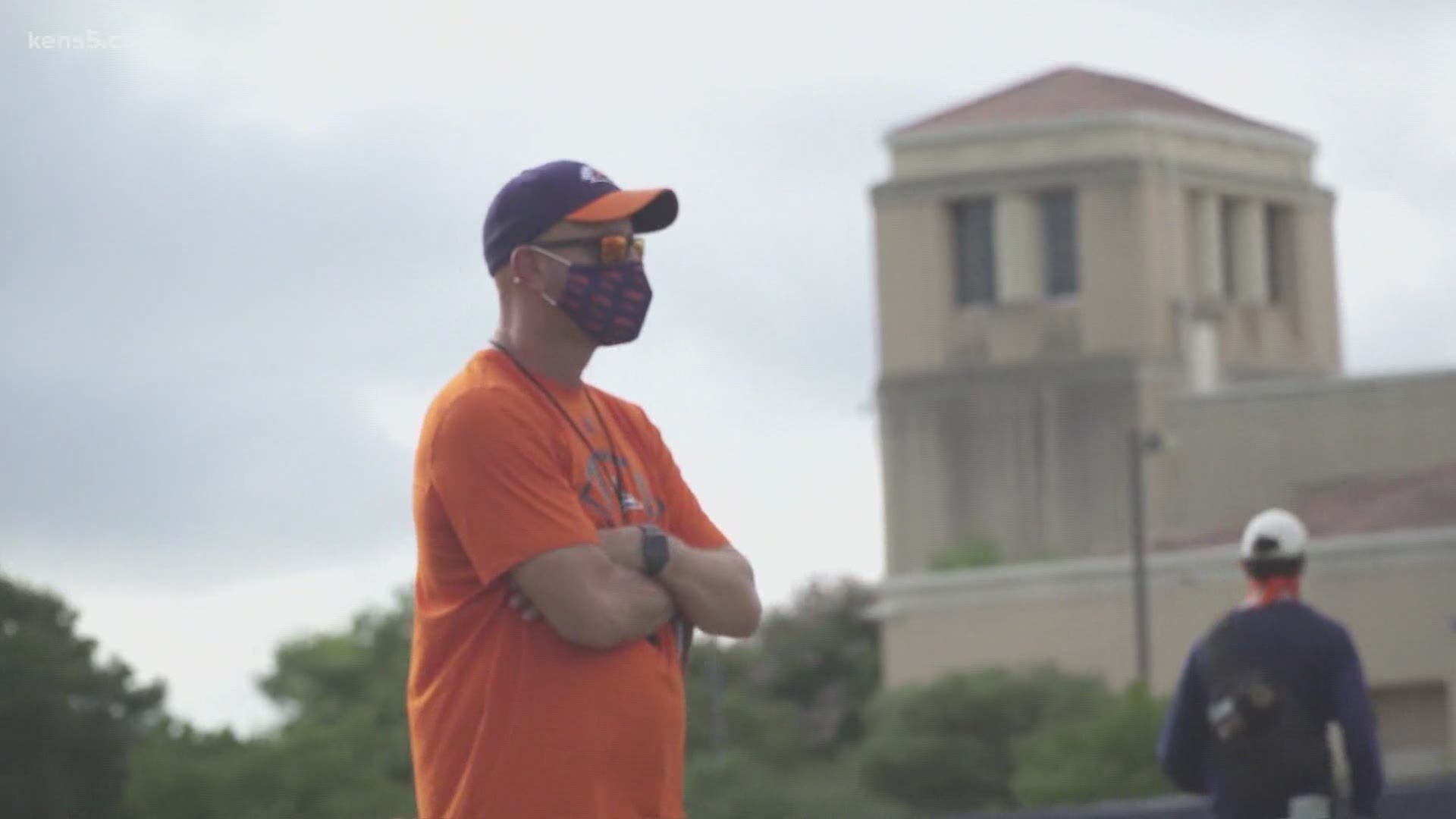 BIRMINGHAM, Ala. — Sincere McCormick rushed for 150 yards and a touchdown and the UTSA defense forced four UAB turnovers, but it was not enough in a 21-13 loss to the Blazers in Conference USA action on Saturday at Legion Field.

Trailing by two scores in the fourth quarter, the Roadrunners (3-1, 1-1 C-USA) took advantage of their fourth takeaway of the day when Trevor Harmanson picked off a Bryson Lucero pass over the middle to set up UTSA on the UAB 34-yard line. McCormick dashed around left end for 25 yards on first down and, following a defensive pass interference penalty in the end zone, the sophomore from Converse Judson found paydirt from two yards. Hunter Duplessis’ extra point made it 21-13 with 10:31 remaining.

UTSA then forced a three-and-out and drove into UAB territory, as Lowell Narcisse’s 16-yard quarterback keeper put the ball on the 33. However, two straight tackles in the backfield followed by two incomplete passes turned the ball over on downs with 4:40 left to play.

The Roadrunners held on third down near midfield and forced a punt with a little more than one minute left, but a roughing the punter penalty gave the Blazers (3-1, 1-0) an automatic first down and they ran out the clock to secure the win, their 20th in a row at Legion Field.

McCormick paced the UTSA offense with his second 100-yard rushing game of the season and fifth of his career came on the strength of 22 carries. Narcisse added 42 yards on the ground, while Jordan Weeks, who came into the game after starting quarterback Josh Adkins was injured on the first play from scrimmage, completed seven passes for 57 yards.

Jamal Ligon, Antonio Parks and Rashad Wisdom led the defense with five tackles apiece, while Wisdom had one of three interceptions, joining Trevor Harmanson and Corey Mayfield Jr. Ligon, a freshman linebacker, came up with the fourth takeaway on a fumble that he forced and recovered. Lorenzo Dantzler pitched in with four stops, including two behind the line of scrimmage, and a pair of quarterback hurries.

Duplessis put UTSA on the board first after he drilled a career-long 48-yard field goal to cap an opening drive that took 5:20 off the clock.

UAB answered and took a 14-3 lead thanks to a pair of touchdown passes, one for 18 yards from Lucero to Myron Mitchell late in the opening frame and a second on a 15-yard strike to Gerrit Prince early in the second stanza. That second score was set up by a Michael Fairbanks interception that was returned five yards to the 30-yard line, giving the Blazers a short field.

Later in the second quarter, Duplessis extended his FBS-best streak of consecutive makes to 18 with a 35-yard field goal that pulled the visitors to within 14-6 with 6:49 left until halftime.

Both teams traded empty possessions to start the third quarter before UAB extended its lead to 21-6 following a 21-yard pass from Lucero to Prince with 1:32 on the clock.

Lucero completed 18 of 29 passes for 193 yards and three TDs and Spencer Brown rushed for 144 yards to lead UAB.

The Roadrunners will travel to Provo, Utah, to face No. 22 BYU (3-0) next Saturday, Oct. 10. Kickoff is scheduled for 2:30 p.m. CT at LaVell Edwards Stadium and the game will be televised nationally on ESPN2.

This game recap was provided by UTSA Athletics.