The Roadrunners finish their 2019 season with a 4-8 record. 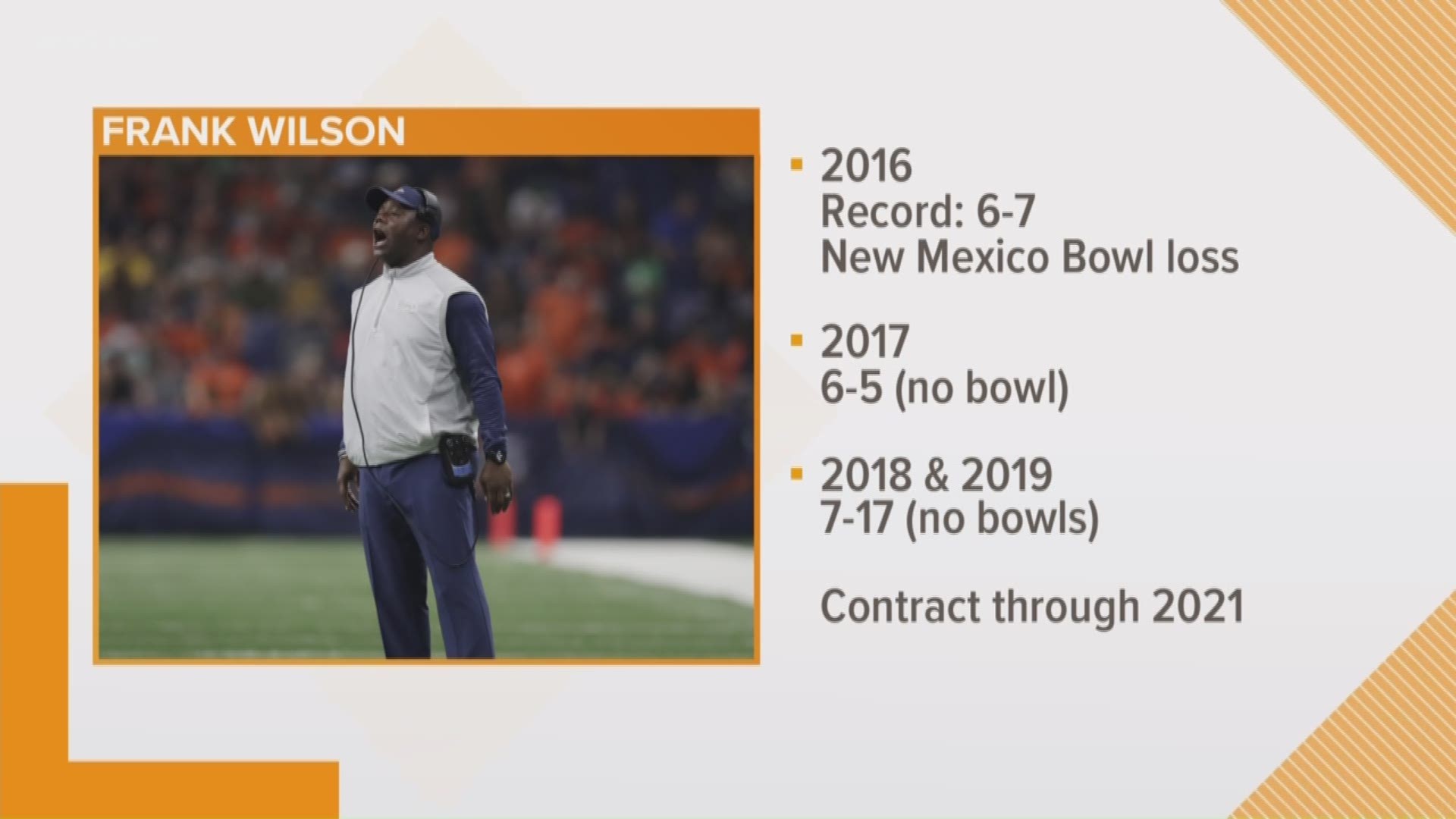 In a game delayed by two hours and 30 minutes due to lightning before kickoff, the Roadrunners (4-8, 3-5 C -USA) topped the 400-yard mark in total offense for the fourth straight game with 408 yards in their season finale behind McCormick’s 131 total yards and Jordan Weeks’ 280 yards passing.

McCormick rushed for 119 yards on 17 carries and added 12 receiving yards on four catches to give the tailback 1,177 all-purpose yards for his true freshman campaign, eclipsing the previous standard of 1,121 set by Jarveon Williams in 2016. In topping the century mark on the ground for the third time this fall — all on the road — McCormick ended up just shy of becoming UTSA’s second 1,000-yard rusher, finishing with 983 rushing yards, good for the No. 2 spot on the program’s single-season chart behind Williams’ 1,042 in 2015.

Weeks completed 26 of 44 passes en route to a career-best 280 yards and a touchdown. His favorite target was Sheldon Jones, who registered his first career 100-yard receiving game with 115 on a career-high eight catches. That marked the second 100-yard receiving performance of the month for the Roadrunners and it ranks as the fifth-best total in program annals.

Meanwhile, the UTSA defense added to its single-season school record for tackles for loss with a season-high 12 stops behind the line of scrimmage. The Roadrunners finished the year with 96 TFL, shattering the previous record of 77 set in 13 games in 2016, and they ended up with 26 sacks, one short of the single-season mark of 27 also posted 2016.

Andrew Martel and DeQuarius Henry led the way with two tackles for loss apiece, while Jarrod Carter-McLin and Trevor Harmanson each posted 1.5. Martel and Kelechi Nwachuku paced the unit with nine total tackles, and Carter-McLin, Henry, Clarence Hicks, Lorenzo Dantzler and Eric Banks — who played in his UTSA-record 48thcareer game today — all had a sack apiece.

Hunter Duplessis drilled a 28-yard field goal to get UTSA on the board first. That capped an eight-play, 64-yard drive that was highlighted by a 35-yard pass from Weeks to Jones on the first play from scrimmage.

LA Tech (9-3, 6-2) answered with a pair of quick scoring drives to take a 14-3 lead. Smith hit Griffin Hebert on a 22-yard TD pass on the Bulldogs’ first possession, while Smith kept around right end for five yards to help put the home team up by two scores with 3:21 left in the opening quarter.

Brenden Brady found the end zone from two yards out to help pull the Roadrunners to within 14-10 late in the first. His second score of the season put an end to a nine-play, 75-yard march that featured a 51-yard dash by McCormick, which put the Converse Judson High School product atop the school’s single-season list for all-purpose yards.

UTSA then took its second lead of the night thanks to an opportunistic punt coverage unit. Lucas Dean’s punt was mishandled inside the 5-yard line and the ball rolled into the end zone where it was pounced on by Blaze Moorhead for the score. Duplessis’ extra point made it 17-14 in favor of the visitors.

The Bulldogs responded with 10 unanswered pointed to close the half. Smith hit Isaiah Graham on a 30-yard scoring connection and Bailey Hale’s field goal as time expired in the second quarter provided a 24-17 advantage at the break.

Midway through the third quarter, UTSA came up with a fourth-down stop at its own six-yard line. However, the Bulldogs came up with a key turnover on the next possession, as James Jackson picked off a tipped screen pass and returned it 17 yards for a touchdown to help push the lead to 14 points.

The two teams traded field goals before LA Tech stretched its lead to 41-20 early in the final stanza following a 24-yard TD strike from Smith to Hebert.

UTSA would not go away easy, as Weeks found McCormick open in the flat for a 6-yard TD pass with seven minutes left to play.

The Roadrunners then got the ball back following a fumble recovery by Rashad Wisdom near midfield. UTSA drove to the Bulldogs six-yard line, but an early snap, an incomplete pass and a sack turned the ball over on downs with a little more than two minutes left to play, helping to seal the win for LA Tech.