The Roadrunners snap a three-game losing skid with the conference victory. 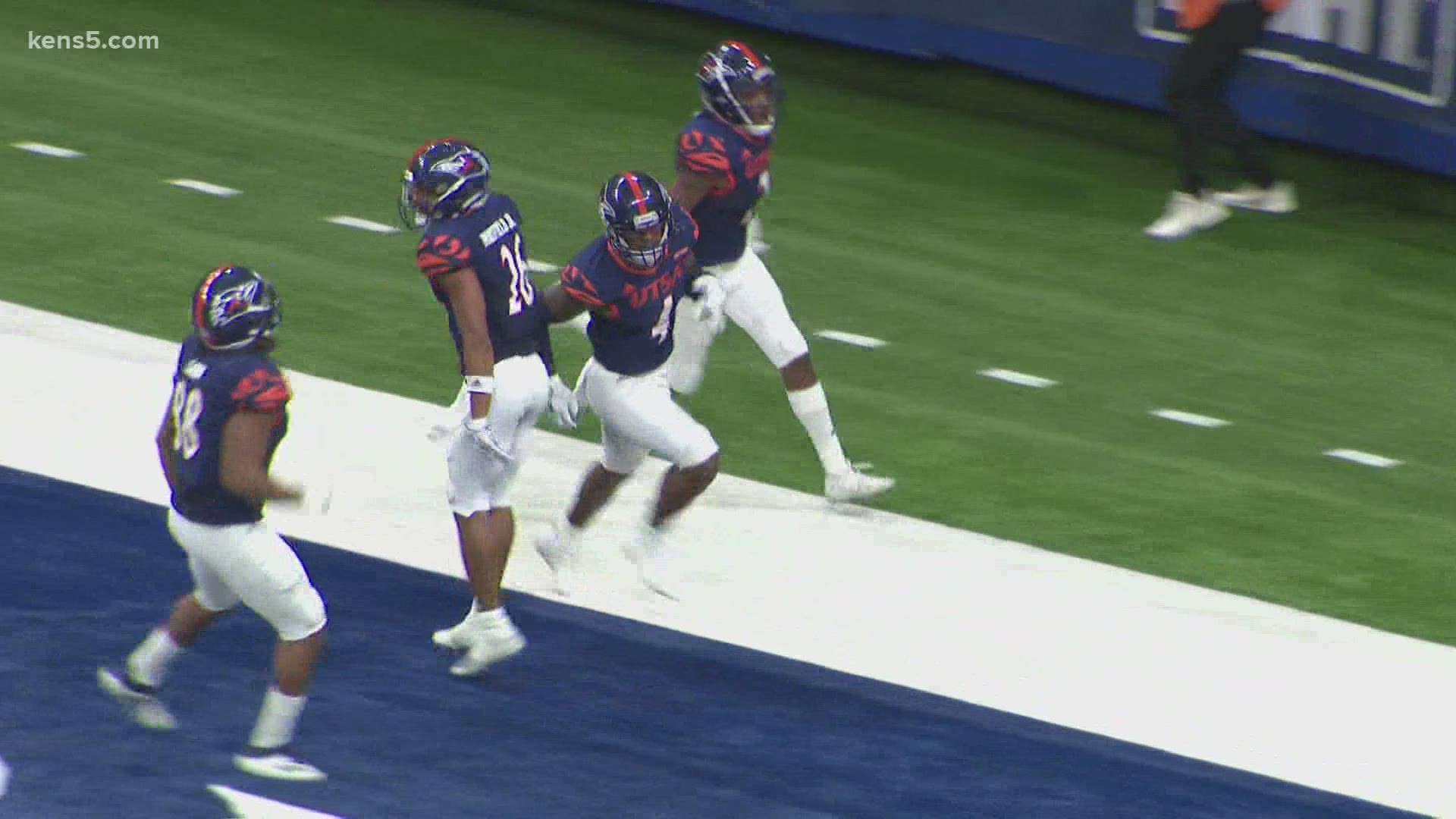 SAN ANTONIO — Sincere McCormick rushed for three touchdowns and the UTSA defense held Louisiana Tech to just 16 yards in the second half, leading the Roadrunners to a 27-26 comeback win over the Bulldogs, on Saturday night at the Alamodome.

"I'm sure you were just like me, just like the UAB game, the longer that thing went along the longer y'all were like 'Holy Mackerel, we might be better than these guys' and we finally got over that hump."

UTSA will return to action on Saturday, traveling to face Florida Atlantic at 11 a.m.