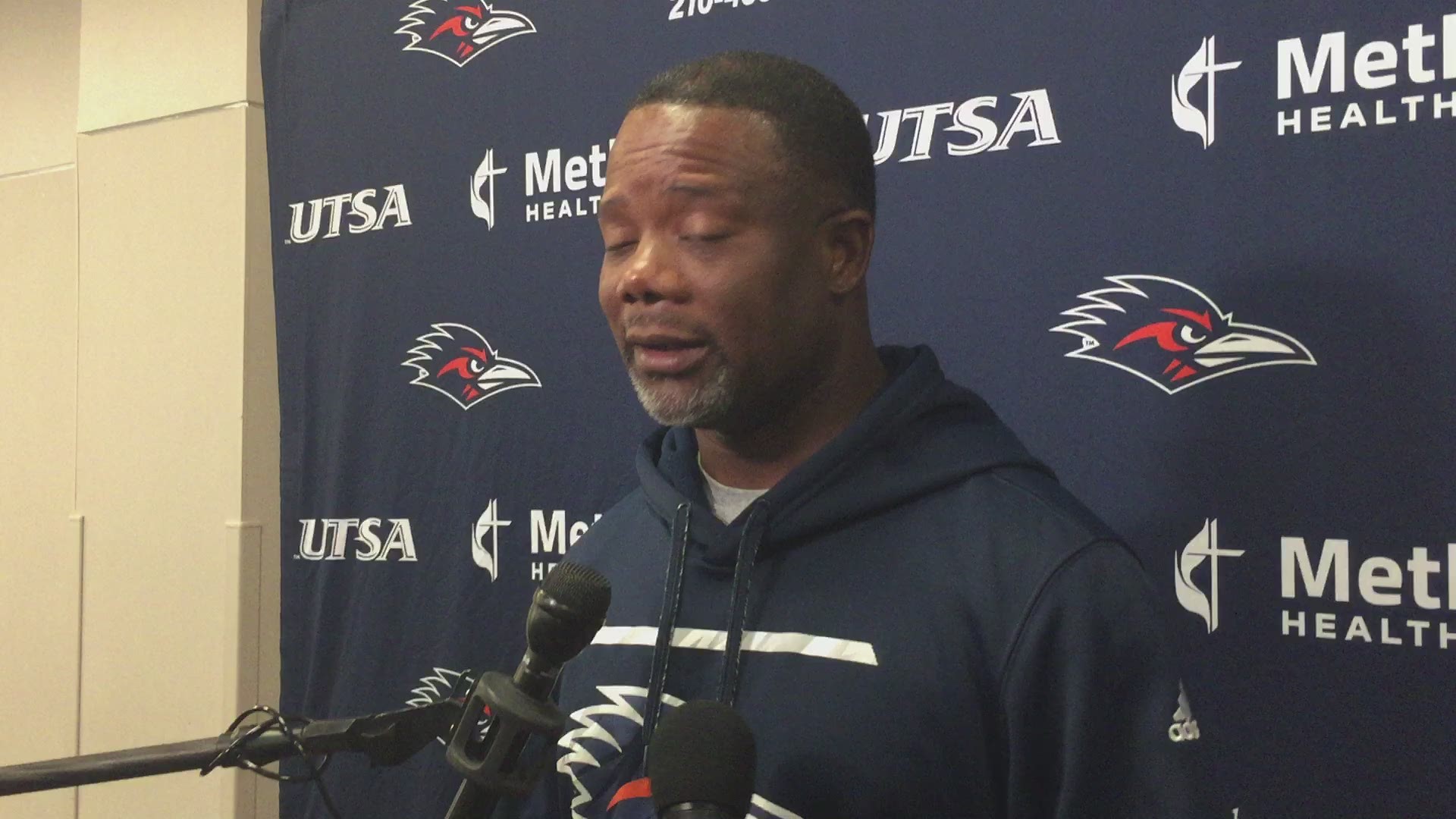 Still, Wilson found some "silver linings" in UTSA's 31-13 loss to Army on Saturday at the Alamodome.

The Roadrunners pulled to within three points on their first possession of the second half, and trailed 24-13 with 8:50 left. But the Black Knights sealed the deal on the ensuing possession, mounting a 13-play, 70-yard drive that ended when Connor Slomka scored a 3-yard touchdown with 1:23 remaining.

The pivotal march chewed up 7:27 off the clock, and dashed any hopes of a UTSA rally.

"The game was in the balance within the last five minutes of the game," Wilson said Monday at his weekly session with the media. "It’s still a seven, 10-point game that is still very much in the balance. There were opportunities for us to be in position to win this game."

The Roadrunners (1-2) regrouped Sunday and started preparing for their Conference USA opener against North Texas (1-2) on Saturday night in Denton. The Mean Green lost to California 23-17 on the road Saturday.

North Texas was the preseason favorite to win the C-USA West Divison, which includes UTSA.

Army (2-1) was coming off a 24-21 double-overtime loss to 10th-ranked Michigan in Ann Arbor. UTSA was trying to bounce back from a 63-14 beating from Baylor in its first road game of the season.

RELATED: Baylor slapped UTSA back to reality in 63-14 blowout 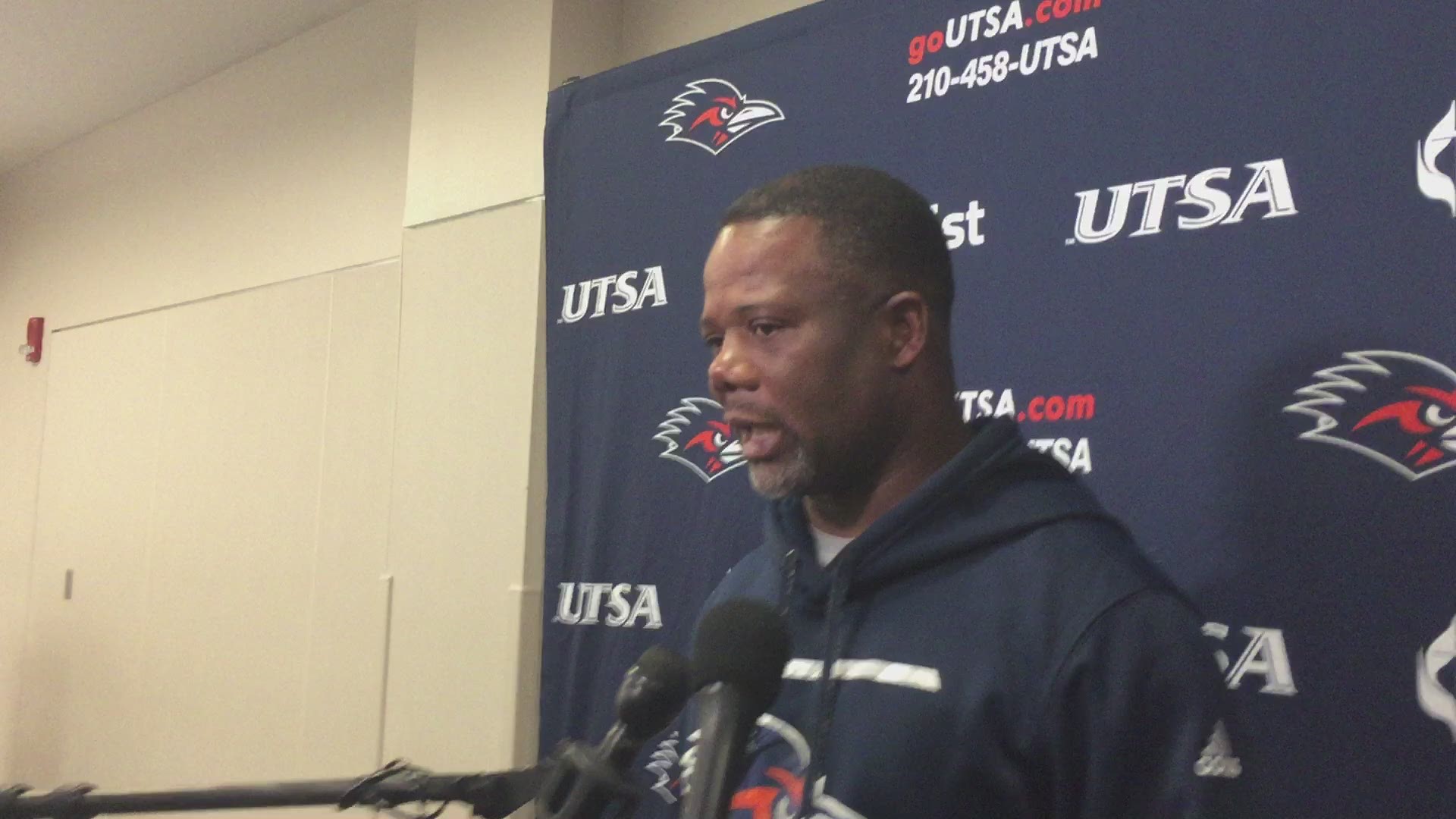 "It didn’t happen, but our kids saw that," Wilson sad. "They saw (Army) in a bowl game, they saw (Army) a week ago vs. Michigan. They watched (Army) play Oklahoma."

The Black Knights took OU to overtime last year before losing 28-21 in Norman. The Sooners were ranked No. 5 in the country at the time. Army went on to blow out Houston 70-14 in the Armed Forces Bowl, tying the FBS record for the most lopsided margin of victory in a bowl game.

"They (UTSA players) know that they (Black Knights) were a worthy team that played well against top-10 teams in the country and knew that they had opportunities to be in position to win," Wilson said. "There was not the dejection. Keep on hammering guys, we are that close. That’s our theme.”

Army got off to a fast start against UTSA, scoring a touchdown on the third play of the game's first possession. The Black Knights kicked a field goal the second time they had the ball, and made the 10-0 lead stand up for the rest of the first half.

After getting pushed around for two quarters, the Roadrunners scored a TD on the first possession of the second half, carving out a 13-play, 65-yard drive that took 6:58 off the clock.

Backup quarterback Lowell Narcisse, who took two snaps in the second quarter when starter Frank Harris went to the sideline with a minor injury, ended the drive with a 2-yard run over right guard.

Harris returned to the game in the first half after sitting out the two plays, and Narcisse never went back on the field after scoring. Wilson did not comment on Harris' injury, saying only that he's okay.

Wilson expressed confidence that the Roadrunners will put the losses to Baylor and Army behind them and focus on their C-USA opener.

"We get a chance to go measure ourselves against one of the best in our conference; a very quality opponent in North Texas that we look forward to going to Denton and competing with them."