After an open date and a lopsided loss to A&M, UTSA returns to Conference USA play on Saturday. 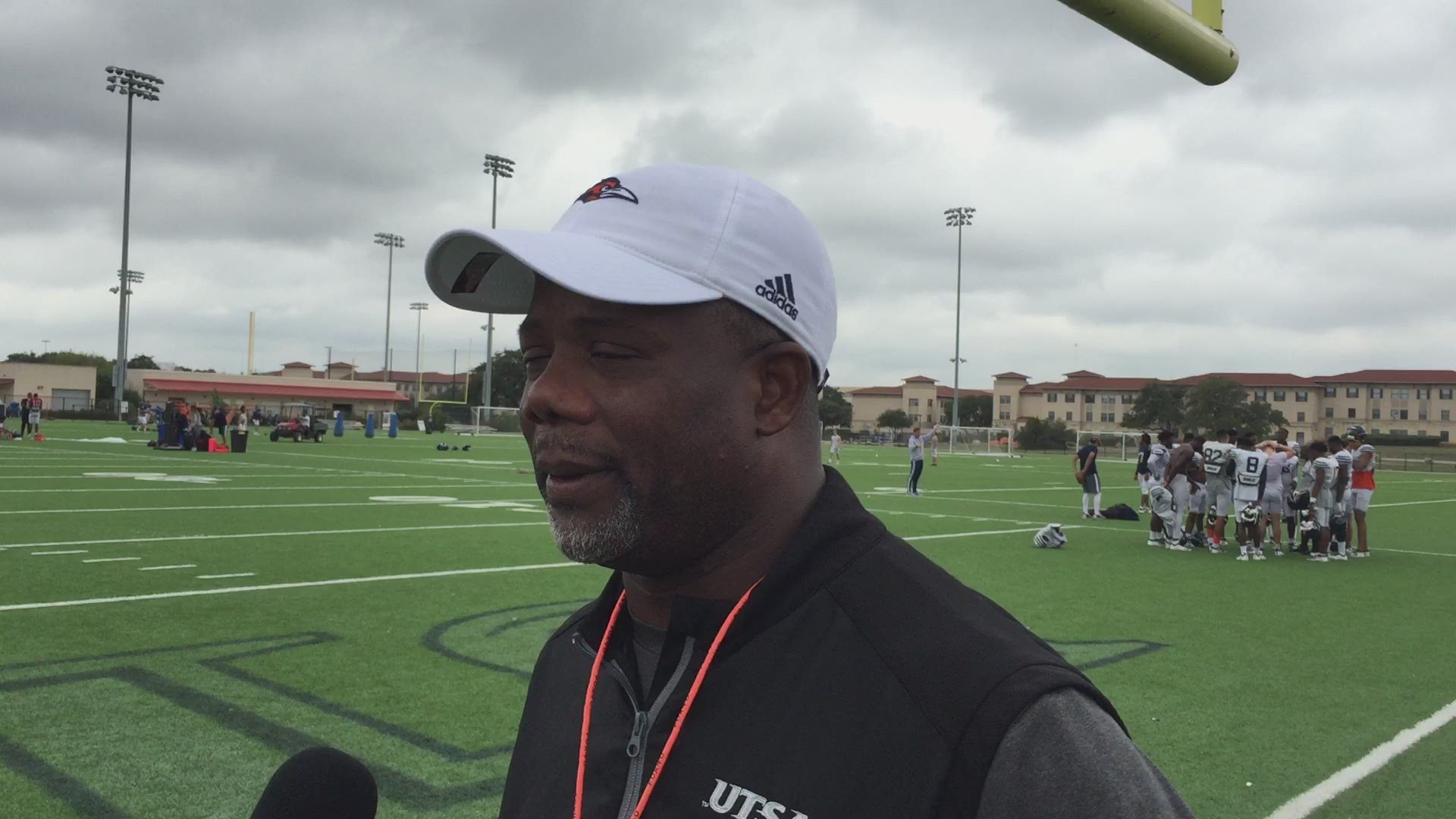 The hour is growing late for the UTSA football team.

Two games under .500, the Roadrunners have a razor-thin margin of error as they head into the stretch run of their season.

UTSA, 3-5 overall and 2-2 in Conference USA, would have to win its last four games to finish the season with a winning record. A loss at Old Dominion (1-8, 0-5) on Saturday would leave the Roadrunners needing to win their last three just to finish .500.

Although Old Dominion has lost eight straight, the Monarchs are four-point favorites against a UTSA team coming off a 31-point road loss to Texas A&M.

UTSA coach Frank Wilson didn't mince words when he talked about the challenge the Roadrunners face against Old Dominion.

Old Dominion is a "worthy opponent whose record can be very deceiving," Wilson said. "We recognize how important it is for them as well. But, in reality, it's not about them. It's about us and the scope that we have and finishing the last half of conference play.

"There's nothing more important than this game. The urgency has been heightened, of attention to detail, of preparation in our style of play and all three phases of the game."

Wilson was more animated in practice this week and stayed on his players from start to finish.

"I think they feel me," Wilson said. "They get it. They're very bright young men. From the top, to position coaches, to their coordinators, all the way down to our trainers, to our equipment room, everything we do, we try to keep it on the cutting edge.

"Today was no different. Probably brought a little more fire and brimstone to remind them of what’s at stake here. No. 4 is most important for us, to get this fourth victory.”

UTSA took a 7-0 lead against A&M last Saturday, but didn't score again until safety Dadrian Taylor returned an interception 58 yards for a touchdown with 4:53 left.

The Aggies dominated the Roadrunners with a balanced offense that churned out 267 yards rushing and 211 passing. Isaiah Spiller ran for 217 yards, setting a record for a UTSA opponent.

UTSA quarterback Lowell Narcisse rushed for 54 yards and a touchdown and passed for 90 yards before leaving the game with an injured right thumb. Narcisse, who throws left-handed, did not back into the game. But he practiced all week and will make his fifth consecutive start of the season Saturday.

"It's perfect," Narcisse said of his right thumb. "I'm ready to go."

UTSA will play an Old Dominion team described as dangerous and unpredictable by Wilson. Still, the Monarchs have yet to beat an FBS team this season.

Old Dominion led Virginia 17-0 and was within seven points of Virginia Tech in the fourth quarter. Virginia Tech beat the Monarchs 31-17 on Sept. 7, and Virginia pulled out a 28-17 victory two weeks later. Old Dominion was the visiting team in both games.

Although the Monarchs rank last nationally in total offense with an average of 237.2 yards per game, Wilson has no illusions about the task the Roadrunners face.

"We expect their best in this game," Wilson said. "Their best requires us to match that. They're a good team that just hasn't connected in all spots yet. Hopefully, we can delay that just one more week and it doesn't connect against us, and we're able to play our best football."

"Our mindset is the same every week and that's to try to win, obviously," Henry said. "No matter if they're 0-and-8 or 1-and-8, it don't matter. We still have to play them. We're going to respect those guys and we're going to play our style of football, and we'll go out there and do what we do."