UTSA coach Jeff Traylor: 'There's no better time to be a leader than right now' 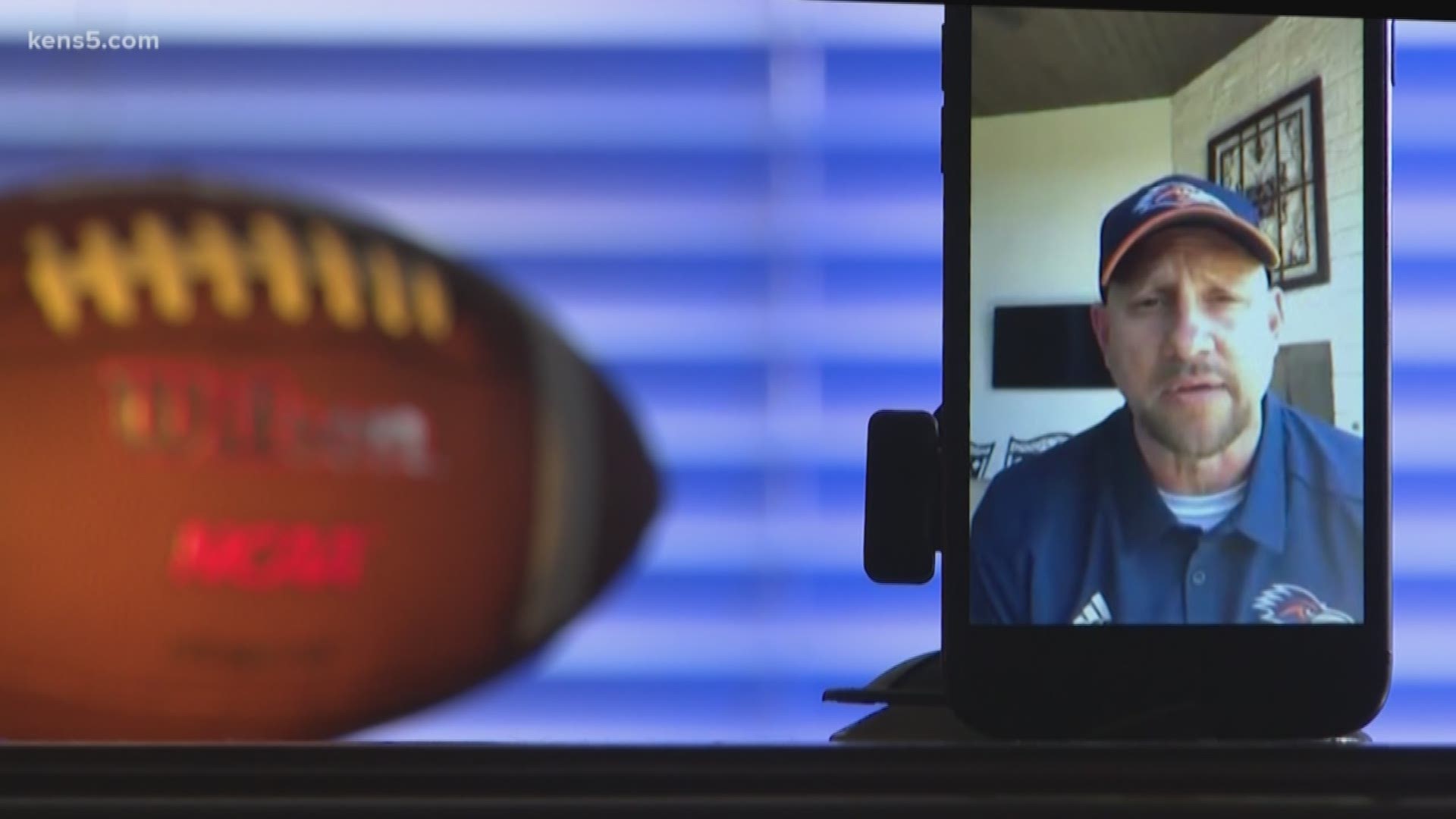 Editor's note: The above video was originally published on May 1, 2020

SAN ANTONIO – Despite being physically separated from his players by the coronavirus pandemic since mid-March, first-year UTSA football coach Jeff Traylor has gone to great lengths to stay connected with his players.

Whether it’s been through Zoom conferences, phone calls or text messages, Traylor hasn’t missed a chance to start forging relationships with everybody on the team.

Some people are slow to meet the challenge during times of adversity, and others see opportunity to grow and learn when they face difficult situations. Traylor would fit in the latter category.

With the country still struggling with the COVID-19 pandemic and grappling with the fallout over the killing of George Floyd, Traylor has found himself reflecting on the importance of leadership and the values that encapsulate human dignity.

“I tell our players all the time that it’s easy to be a man of integrity when everything is going your way,” Traylor said this week. “But where are you when things go against you? At a time of crisis – we’ve got COVID going on, we’ve got George Floyd going on – there’s no better time to be a leader in our country than right now because we need leadership more than ever.

“We need leadership for UTSA football. We need leadership everywhere right now, at such an unbelievable time. This is a watershed moment in our history, and it’s a great opportunity to lead a bunch of players that I genuinely love. I can’t wait to coach them again.”

UTSA football players inched closer Thursday to voluntary workouts on campus, starting the process of getting cleared to use the university's athletic facilities.

UTSA has implemented a phased plan that has been in the works since college campuses across the country were shut down after the outbreak of the coronavirus.

Traylor said 60 football players went through the first day of the protocol Thursday. The remainder of the team will start the same process in two weeks.

Traylor, who turned 52 on May 9, was associate head coach at Arkansas for two seasons before getting hired last Dec. 9 to succeed Frank Wilson at UTSA. Wilson was fired Dec. 1 after going 19-29 in four seasons.

UTSA did not have spring training because of the pandemic. Workouts were scheduled to start March 17, and the spring game was set for April 18.

Traylor said the country could learn something about race relations by observing the dynamics of a football team.

“Football is an amazing game,” he said. “It’s the experience in the locker room and the culture you experience every day. Those players don’t care. They don’t care if you’re black, brown or white. They just want to win the ballgame. That’s what makes it so wonderful.

“All football is . . . it’s a microcosm of life. If the rest of the country got to be forced to know their brothers like we have to . . . that’s why they (players) know me so well, why I know them so well, the players and the coaches, because we intermingle with each other all the time.”

Traylor went into more detail about his relationship with his players.

“That’s something we talk about it all the time," he said. "I’m an imperfect coach, coaching imperfect players. Therefore, there’s going to be imperfection. Whoever handles that imperfection the best will be the team that’s most successful.”

Traylor said that listening is often overlooked as an important facet of leadership.

“In our Zoom meeting the other day, it was only going to be 15 minutes long for our entire team,” Traylor said. “I spoke for 15 and our players spoke for two hours and 15 minutes. We all know each other a lot better now. It was a real blessing.”