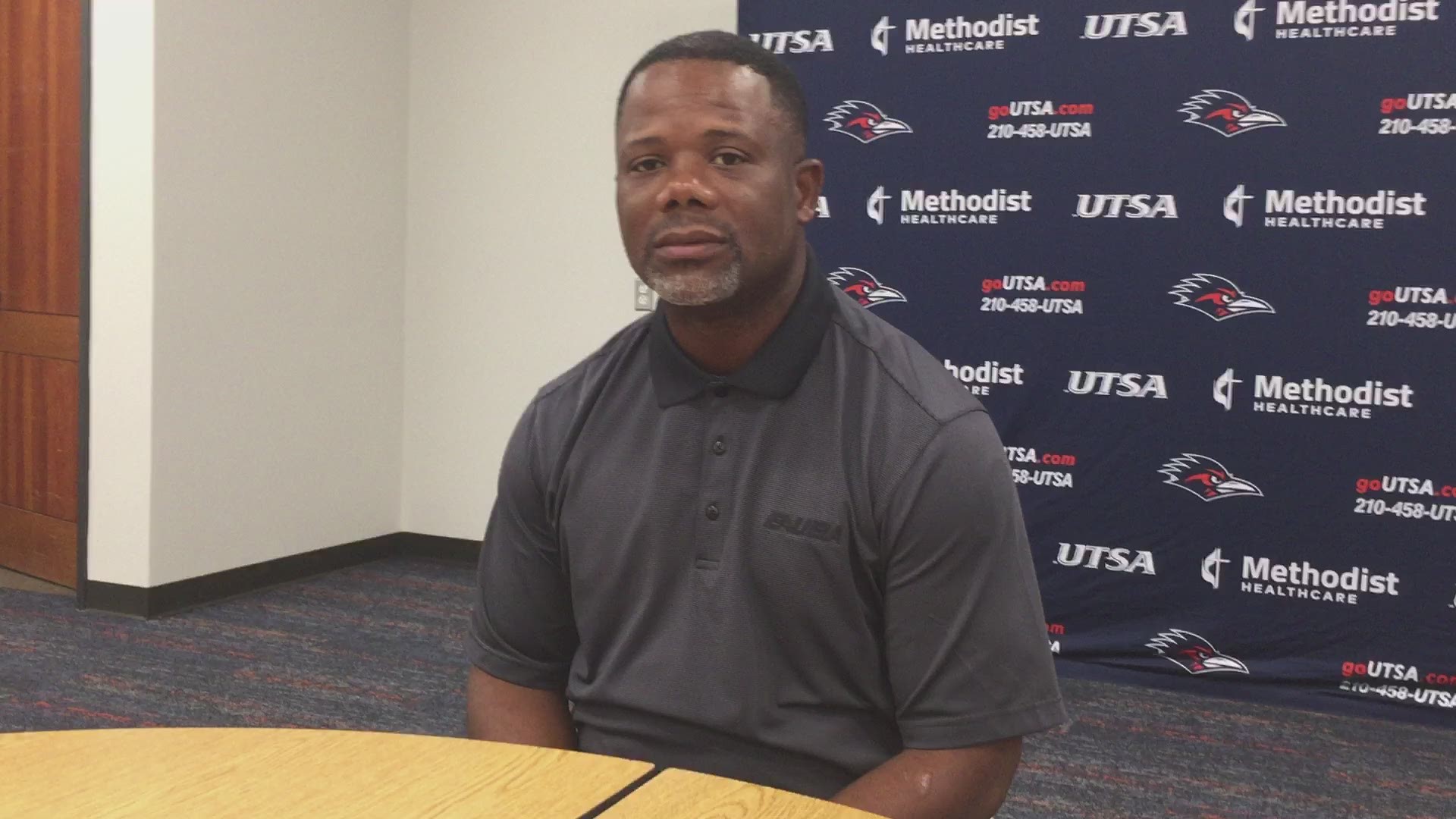 SAN ANTONIO — Call it a breach of postgame etiquette.

But, UTSA football coach Frank Wilson said, the Roadrunners meant no disrespect when they failed to join Army players and coaches for the playing of the Army school song after Saturday's game at the Alamodome.

Army players and coaches traditionally stand with opponents for their school's alma mater after games, and opponents reciprocate. The oversight didn't go unnoticed by some Army fans, who called out UTSA for what they considered a lack of respect.

Playing before a crowd of 30,718, the Black Knights beat the Roadrunners 31-13 in UTSA's annual Military Appreciation Game.

Army players and coaches went to the south end of the Alamodome after the game to join the Roadrunners during the playing of their school song, and then ran to the northwest side of the facility to sing the Army alma mater with their band and fans.

UTSA players went to their locker room after the completion of their school song.

Wilson expressed his regrets about the error during his weekly session with the media Monday. He also spoke about the class Army showed in standing with the Roadrunners during the playing of the UTSA school song.

UTSA players and coaches always stand before the student section and the band after a game, singing the school's alma mater together.

RELATED: UTSA GAMEDAY: Roadrunners look to bounce back in first meeting against Army

“I never saw them (Army players) because I’m in the front, so I didn’t know they were with us until somebody told me," Wilson said. "Certainly didn’t know to go to their side.

"But, we’ll get a chance to go to West Point and we will do the right thing, and out of respect for that team, for our country and respecting that program.”

UTSA has not announced a future game with Army.

The UTSA band also came into criticism for playing a medley of songs during the Army alma mater after the game. UTSA Director of Bands Ron Ellis apologized to Army.

Ellis, in a letter, said "inadvertently, and completely unintentionally, the beginning of that medley was played as the Army team, band, and fans were completing the West Point Alma Mater."

He said it was a mistake.

"At no time was there any intent to cover up, impede, or disrespect, in any way whatsoever, the Army team, coaches, band, fans, alumni and those in that immediate area as they completed their moment together at the end of the game," he wrote in the letter.